Inter, the fans are not there: the mural at San Siro dedicated to Lukaku has been smeared 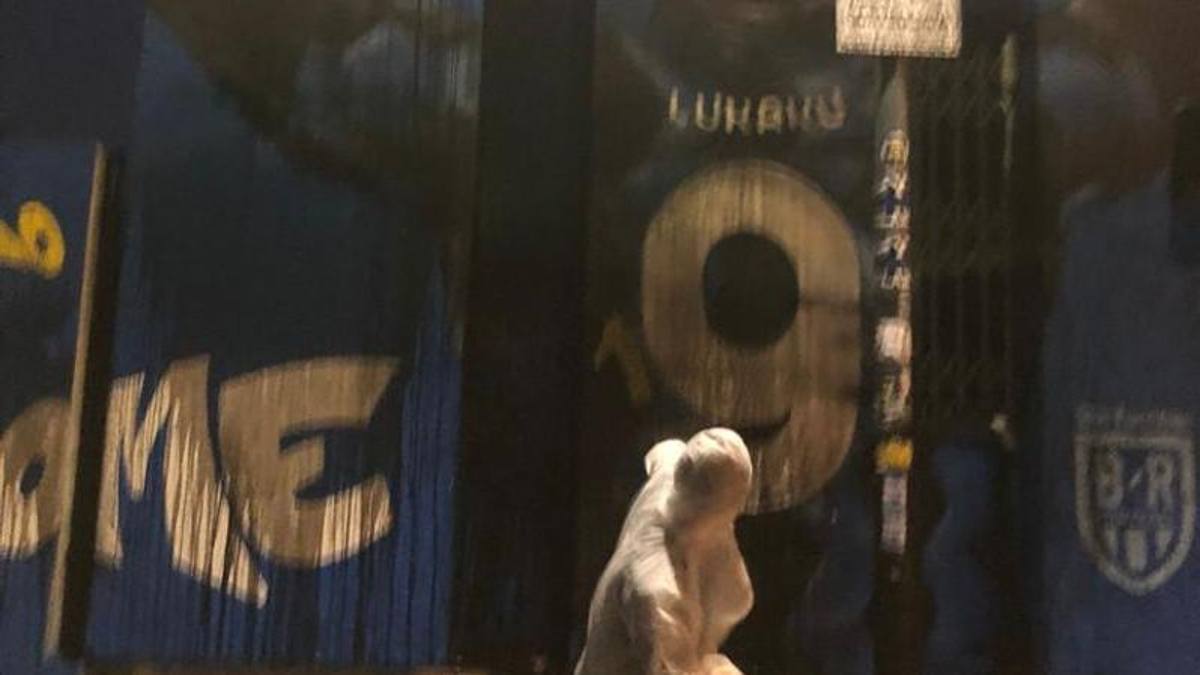 The Nerazzurri world is shouting for the departure of Big Rom towards London. The Nerazzurri fans wasted no time in wanting to ruin the memory of the Belgian striker. And the Curva Nord takes a stand against the attacker

There was no doubt that Romelu Lukaku was the center, in all respects, of Inter’s technical project. The reassurances, on several occasions, of companies and owners on the indispensability of Big Rom for the Nerazzurri colors as well. At least until a few days ago. 115 million, moreover, were “enough” to actually change the minds of the Italian champions. The Belgian striker landed in Nice (he will preside at a sponsor event tomorrow before arriving in London), while the faith that the Nerazzurri fans had placed in him and in the continuation of his adventure in Milan was shattered.

And it is in Milan that the memory of Lukaku wants to be erased. Right away, without wasting time. Starting from that mural near San Siro (specifically in via dei Piccolomini) just behind the Curva Nord at the Meazza.

The Nerazzurri fans certainly wasted no time. In conjunction with the plane taken by Big Rom to officially begin his new adventure at Chelsea, some Inter fans immediately started to smear the mural in front of the stadium. The work, which portrays Lukaku behind him, with his arms in the sky typical of his exultation and with the words “Dear Milan, you’re welcome”, was completed last April, with Inter then projected towards the victory of the his 19th championship. What has been a “simple” staining of the mural up to now, in all likelihood, will pass with being completely erased, as will the perfect memory of Lukaku in the Nerazzurri.

A little more than three months have passed, yet the scenario has completely reversed. From an unconditional confidence in the future of the Nerazzurri project, with Antonio Conte and the Belgian as the captains of the vessel, to the uncertainty that reigns supreme in the Inter world at the moment. First Hakimi, now Lukaku, waiting to know the fate of Christian Eriksen, whether in the Nerazzurri or elsewhere. One certainty after another less for this team, with the fans making themselves heard: “You broke us …”, the banner signed CN69 next to the soiled mural: the protest of the Inter people continues.

And it is precisely the Curva Nord that takes a position, on its social channels, against Big Rom. The controversy, therefore, does not only affect the company, but also the player, for the first time openly criticized by those who, since his arrival two years ago, he defended and supported him for the heart and strength always put on the field.

“Work in progress … Of divine, in football that counts, only the relationship between the ‘shirt’ and the fans remains. Players, clubs and coaches are only tools, they are not the essence. They pass, we remain . Interista average give yourself a wake up! Dear Lukaku, we would have expected a more honest and transparent behavior from you. But, despite having welcomed and protected you like a child, like one of us, you too have shown yourself like everyone else, kneeling in front of money. We wish you the best, even if greed does not always pay off. Now we are all rowing in the same direction, also because, otherwise, even for those who remain, the message is clear enough: ‘You all broke our c’s. .. ‘. Head down and pedaling. Inter first of all. CN69 “this is the statement from the Nerazzurri fans on social media. A clear and clear stance against the club and the player.