Intelligence announced the transfer of dozens of tanks to Donbass 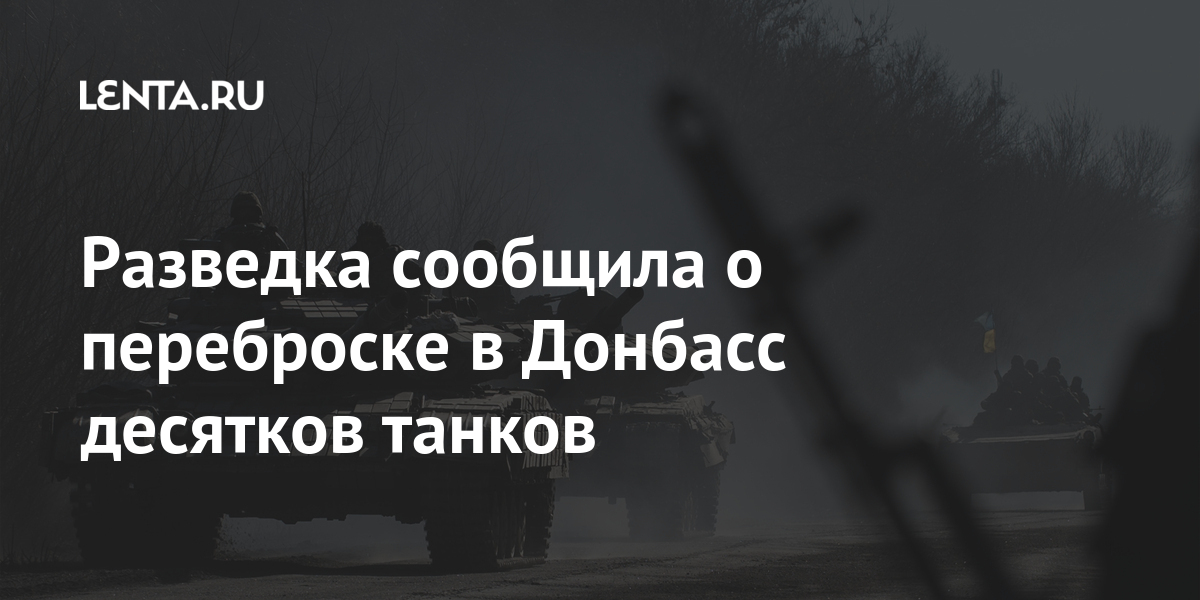 The Armed Forces of Ukraine (AFU) in Donbass received reinforcements in the form of several dozen tanks and anti-aircraft missile systems (SAM). This was announced on Tuesday, March 16, on the official website Directorate of the People’s Militia of the self-proclaimed Donetsk People’s Republic (DPR).

According to intelligence data, Ukraine has deployed a total of 33 units of military equipment and weapons near residential buildings and municipal facilities in the territories of Donbass controlled by Kiev: one BTR-70 near the village of Novobakhmutovka, as well as two air defense systems “Osa” and a T-72 tank near the village point Sukha Balka.

In addition, additional equipment was transferred to the railway stations in the region. In particular, two Strela-10 anti-aircraft missile systems and 22 T-64 tanks were sent to Artemovsk, which is located north of Gorlovka, and five Akatsia self-propelled artillery units (ACS) were sent to the village of Zachatovka.

On March 15, “Strana.ua”, citing sources on the front line, reported that the operating units of the Ukrainian troops in the Donbass were put on full alert. It was noted that the opponents returned to the positions they had occupied before the withdrawal of the troops. Now the distance between them is 400-700 meters.

On July 27, 2020, an indefinite ceasefire was declared in Donbass, agreed within the framework of the Trilateral Contact Group by representatives of Ukraine, Russia and the OSCE. This is the 21st attempt to comply with the ceasefire agreement.

The national campaign for vaccination against "Covid-19" achieves its goal of vaccinating 52.46% of the population

Third corona wave: The youngest carry the virus into their families – Bavaria needs a school solution

Philip of Edinburgh and his mistakes