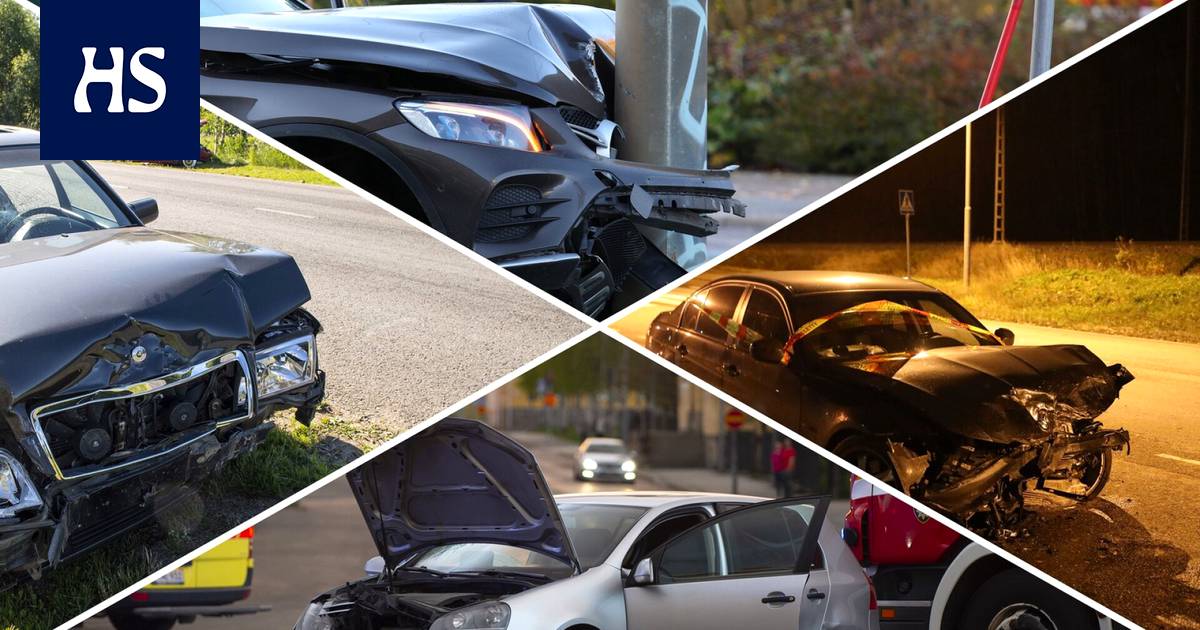 The Financial Supervision Authority considers it necessary to develop and intensify the supervision of claims handling procedures for statutory insurance. According to it, “some insurance companies” have experienced significant delays in both motor insurance and statutory accident insurance.

Finland Pohjola Insurance, one of the largest insurance companies, repeatedly handles compensation claims for statutory traffic and accident insurance too slowly. The matter is clear from the documents of the Financial Supervisory Authority (Fiva) and the decisions of the Parliamentary Ombudsman.

In Finland, motor third party liability insurance is compulsory non-life insurance for vehicles, the purpose of which is to ensure the legal security and compensation of the innocent party.

According to the Motor Insurance Act, the insurance company must pay the indemnity or declare that the indemnity will not be paid, no later than one month after it has received the necessary documents, information and explanations.

To the OP Bank Group At Pohjola Insurance, which is part of the insurance company, processing times have at first and foremost been really badly longer than a month.

For example, in November 2019, Parliamentary Deputy Ombudsman Pasi Pölönen gave the company a notice of unlawful conduct in a case in which it took one and a half years to deal with compensation for loss of earnings due to a traffic accident.

Pohjola Insurance is an insurance company belonging to the OP Bank Group. It calls itself “Finland’s leading non-life insurer”. Its market share of premium income in 2019 was 33.5 percent. The information is based on To the Nordic Solvency and Economic Status Report 2020.

Parliamentary Deputy Ombudsman Pasi Pölönen has pointed out to Pohjola Insurance about long processing times. In December 2020, he outlined that the organization of the compensation handling of statutory compulsory motor insurance matters and the decision-making system in the Nordic region have failed on a very large scale. Picture: Mesut Turan / Lehtikuva

Financial supervision issued an opinion in February 2019. According to it, the company, then called OP Insurance, had not given a specific reason for the delay but was apparently an isolated case. Fiva was also not aware of any other similar delays.

The case was therefore settled as an individual case. More than a year later, it became clear that the problems are wider.

The lawyers who lodged the complaint that led to the Ombudsman’s decision said that in 2019 alone they had been able to deal with a number of cases in which they complained about the lengthy processing times in the Nordic region.

Financial Supervision According to Pohjola, the explanation given to it largely corresponded to the complaint and the company did not contest the criticism made in the complaint in only one case.

This time, the Ombudsman made a serious remark to Pohjola.

“According to the report I received, the number of cases must be considered large, and I believe that the organization of the compensation handling of statutory compulsory motor insurance matters and the decision-making system in the Nordic region has failed to a very large extent,” Deputy Ombudsman Pölönen writes in his decision.

The Ombudsman asked Pohjola to submit a report to the Financial Supervisory Authority and Fiva to evaluate the reports received from the insurance company with its own estimates.

Financial supervision gave its reply to the Ombudsman’s request for clarification at the end of May.

According to Fiva’s assessment, Pohjola had made “significant” progress in 2020 in providing a compensation solution in accordance with the deadlines of the Motor Insurance Act.

According to a report submitted to Pohjolan Fiva, during 2020 and early 2021 the insurance company had, among other things, increased resources, trained claims handlers and improved the transparency of work queues and the processing situation in order to bring statutory motor third party liability insurance claims to legal levels.

However, Fiva stated that on the basis of Pohjola’s reporting, it is not yet possible to state with sufficient certainty that the situation has improved to the level required by the regulations in a reliable and long-lasting manner.

According to Fiva, Pohjola’s plan seemed to improve to an acceptable level after all the planned measures. Despite this, Fiva still considered it appropriate to continue intensified monitoring.

In June the ombudsman issued a third decision relating to delays in processing in the north.

According to the complainant, Pohjola had repeatedly delayed or failed to take decisions at all in dealing with his accident at work and failed to refer complaints to the appeal body within the deadline.

This time, the Ombudsman made no remark to the company. He considered that Pohjola’s statutory accident and motor insurance activities are already being actively monitored by the Financial Supervisory Authority.

The Deputy Ombudsman has also given a remark to the extension of processing times, at least to If and Lähi-Tapiola.

Pohjola Insurance’s Director of Claims Services Sari Styrman In a reply sent by e – mail, the company states that in statutory motor insurance the company is now almost 100% within the statutory processing times.

“With regard to statutory accident insurance, we have taken development measures to remedy the situation, but so far we have not yet reached a fully legal processing time. We take this very seriously and will continue to take corrective action. ”

Financial supervision stated in his report to the Ombudsman that it was necessary to develop and strengthen the control of statutory insurance claims processing.

According to Fiva, “some insurance companies” have experienced significant delays in both motor insurance and statutory occupational accident insurance for about a year and a half, and the delays are not limited to individual claims.

The Deputy Ombudsman for Parliament has also issued a remark on the lengthening of processing times to at least the insurance company If in February this year and to Lähi-Tapiola in the summer of 2019.

In the future, Fiva intends to require statutory insurance companies to report regularly to ensure compliance with time regulations.

The Great Jahy Will Not Be Defeated! – First impressions of the anime