“Instagram” celebrity brags about smoking “marijuana” in a live broadcast 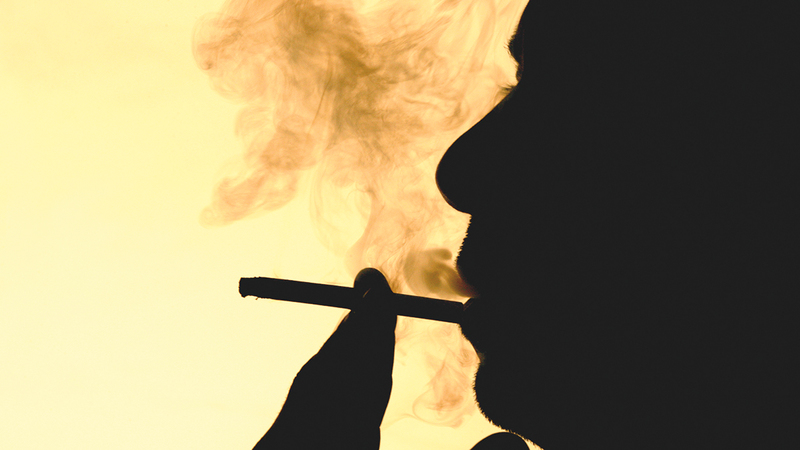 The Assistant Commander-in-Chief for Criminal Investigation Affairs in Dubai Police, Major General Khalil Ibrahim Al Mansouri, confirmed that the men of the General Department for Drug Control are following the developments of the digital space around the clock, pointing out that a fashion model was arrested, who presents himself as an Emirati citizen, who is a resident, and is widely known. On “Instagram”, where he smoked a cigarette in a live broadcast through one of his accounts on “communication sites”, believing that his fame would intercede for his dangerous behavior, but a ruling was issued to ban him from the state.

He explained that this famous young man, did not expect that the Dubai Police’s follow-up to the events and developments of the digital space would be so accurate, adding that the rapid love of fame on social networking sites led him to brag about destructive and criminal behavior, which is the use of cannabis through one of his accounts on social networking sites, Without the slightest sense of responsibility or respect for the laws, but the General Department of Narcotics Control in the Dubai Police was on the lookout, to protect society from these models that hide behind the UAE national dress, to develop among young people and adolescents the idea of ​​violating laws, and rebelling against the customs and traditions of our original society, and the well-established morals .

Al-Mansoori pointed out that there is a strong correlation between exposure to pictures and videos of drug abuse, and the subsequent start to use them, and in the presence of celebrities who promote the use of drugs or psychotropic substances on social networking sites, in a way that encourages young people to try it, and they always link it to the idea of ​​spending fun times, improving their mood and skills. It will put psychological pressure on teens to try the products they are promoting.

He added that adolescents of both sexes are the most affected by the consumer lifestyle, negative behaviors and destructive thoughts that some celebrities publish as part of the rhythm of their lives, as adolescents are exposed to publications and videos in which their favorite celebrities appear while they are enjoying during parties, staying up late or traveling, or even practicing negative behaviors. All of this can tempt them and push them to risky choices and experiences in an attempt to adapt, imitate and keep pace with the lives of these celebrities, which requires the vigilance of parents, and surrounds their children with care and follow-up, and interest in instilling good values ​​and morals in them, and not complacency or neglecting any negative change that may appear on the children, And always trust in the ability of Hemaya International Center in the General Department of Narcotics Control in Dubai Police, to contain cases and provide psychological and moral support, within high levels of confidentiality, privacy and professionalism.

The Assistant Commander-in-Chief for Criminal Investigation Affairs in Dubai Police, Major General Khalil Ibrahim Al-Mansoori, stated that drugs and psychotropic substances are a dangerous scourge that kills all abusers, males and females alike, and its danger increases in light of the malicious exploitation by some influencers and famous social media sites, with the aim of promoting these “Toxins” and the marketing of unkind behaviors and destructive thoughts within the fabric of daily life, to the extent that their followers, young people and adolescents of both sexes, increased feelings of depression, grumbling and frustration about their inability to emulate the lives of other celebrities, and put many parents under great psychological pressure, which increased their lives. their burdens.