INPS is giving away a holiday in Dubai: 300 Italian children remain stuck in the Emirate, 210 positive at Covid 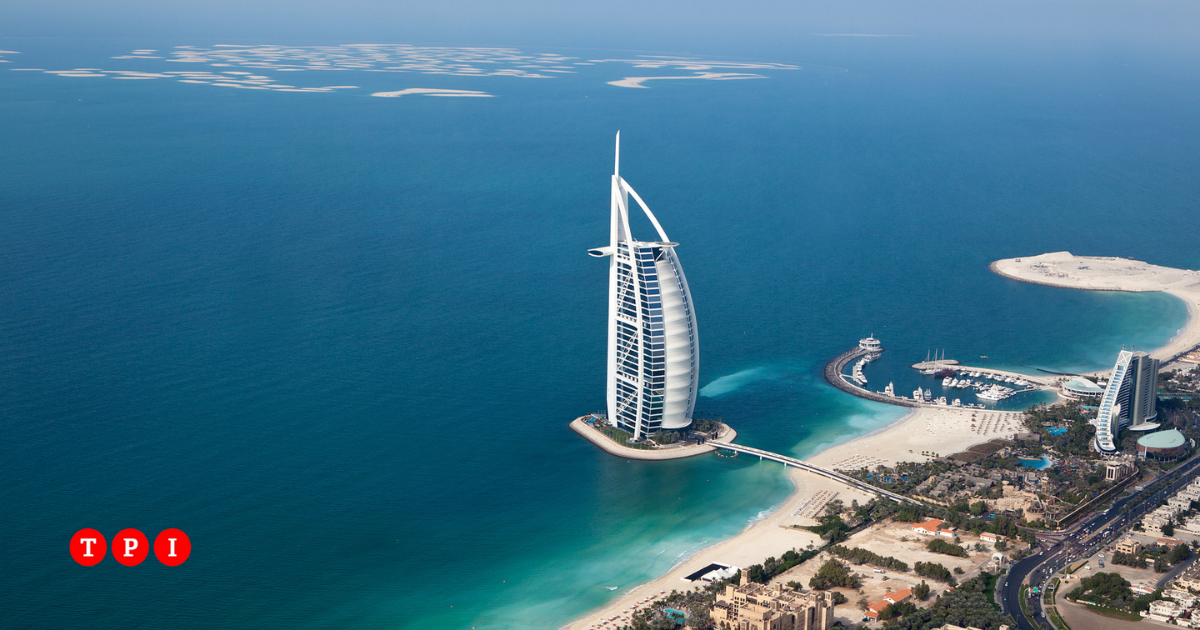 Another 300 Italian students, almost all minors, are currently blocked in Dubai, in United Arab Emirates, due to an outbreak of COVID-19 broke out during a study holiday funded by theInps. The news, which is added to other similar cases involving dozens of young Italians currently in quarantine abroad, was spread by the family of two boys from Cutrofiano, in the province of Lecce, who are part of the party.

At least 210 young people tested positive for the new Coronavirus but, apparently, the whole group will have to remain in quarantine until they are all negativized and it is not clear when they can return to Italy. According to the first hypotheses, the infection would have occurred during a visit to a local market.

Left on 30 June for a study trip funded byInps and organized in collaboration with British Academy, a tour operator specializing in student tourism, the kids got stuck in Dubai they are all aged between 15 and 18 and for the most part are minors. Currently, the young people are on campus where they stayed for their study holiday. Local authorities ordered the isolation of the positives, but forced everyone to quarantine, preventing their repatriation.

The young people should have returned Wednesday 14 July. Two days before departure, however, following the tampons expected to get on the plane, 11 boys tested positive for COVID-19 and since then the security measures provided for in the Emirates. According to the families, after the isolation of the infected, the tour operator transferred the members of the group with negative results to the airport, but the local authorities did not authorize the expatriation, arranging the quarantine for the entire group.

The Italian Consulate in the Emirate of Dubai, in communication with theEmbassy of Italy in the United Arab Emirates, is monitoring the situation and is in contact with young people and families. The boys are currently assisted by a special task force of doctors and health workers and there are currently no cases of particular gravity connected to the contagion from COVID-19.

The father of a Roman minor who got stuck in Dubai despite being negative at Covid, revealed al Corriere della Sera that the group will not be allowed to leave until they are all negative, a news confirmed by the Italian diplomacy on the spot.

Meanwhile, the mother of a 17 year old from Taranto, who left with the same group and also tested negative for Coronavirus, denounced the “absurd situation” experienced by her daughter. “She is diabetic,” the woman told a SkyTg24. “She is vaccinated with a double dose, but she has to remain in isolation like everyone else: she could run out of insulin, that’s absurd.”

It is not the first case to involve young Italians who have been stranded abroad due to the pandemic. A similar situation occurred at Malta, where at least 150 underage students and accompanying persons participating in a study holiday are still stuck in the archipelago. Of these, about sixty tested positive for COVID-19, while the whole group is quarantined in a hotel in St. Julians and in five other structures on the main island of the country, assisted by the Embassy of Italy.

Another 8 young people, seven boys and a girl, who have just graduated from the Viesseux Scientific Lyceum in Imperia, in Liguria, were stranded in the archipelago due to an outbreak in the locality of Sliema, where they were to celebrate graduation. A similar case then occurred in Greece, where about fifteen recent graduates from Venice got stuck onisland of Ios while they were celebrating maturity.

Among the young people, all of age and with at least one dose of Covid vaccine already administered, five tested positive for COVID-19. The boys had begun to worry when a young woman in the party began to suffer from a slight illness and fever. At the moment there are no cases of particular gravity connected to the contagion of Venetian children.

The recommendations of the Farnesina

The Foreign Ministry “recommends planning every aspect of the trip with the utmost attention, also contemplating the possibility of having to spend an additional period abroad, as well as having health insurance that also covers the risks associated with Covid“.

According to the recommendations issued by the Farnesina for travel abroad and on the possible risks deriving from the expansion of the Delta variant, the possibility that new pandemic waves will again cause the closure of some borders is high, as is the danger of having to prolong one’s stay in a foreign country due to the Covid.

“In particular, in the event that it is necessary to undergo molecular or antigenic testing for entry into Italy or for the return to our country from a foreign destination, we remind you that travelers must take into consideration the possibility that the test gives a positive result ”, writes the ministry in a note. “In this case, it is not possible to travel by commercial means and you are subject to the quarantine and containment procedures required by the country in which you are located”.

“These procedures”, explains the Farnesina, vary according to local regulations and also affect the so-called “contacts” with the positive subject, which are equally subject to quarantine and which may return to Italy at the end of the planned isolation period ” .