The infection of the first striker of the Carthage Eagles team and the top scorer of the last Arab Cup in Qatar, Saif Al-Din Al-Jaziri, with the Corona virus, constituted another severe blow to a series of emergency and unexpected surprises inside the Tunisian camp, which began a week ago by announcing that the defender, Wajdi Kashraida, was infected with the Corona virus and was excluded from the list Then the captain and his first star, Youssef Al-Masakni, player of the Qatari club Al-Arabi, were also infected with Corona, which required his isolation and medical observation.

The Tunisian Football Association confirmed that the “Covid-19” tests conducted on the player Seif Al-Din Al-Jaziri had a positive result, so that the player was isolated from the group and subjected to compulsory quarantine, pending a second analysis, in the light of which the final decision will be taken.

In an official statement, the federation revealed that the laws and regulations of the African Nations Cup do not allow changing players currently infected with the Corona virus, given that the registration process closed on December 30, 2021, in addition to the fact that the regulations do not include the possibility of changing a player in the event of his infection with Covid, in light of enabling all teams to register 28 players instead of 23.

Before that, the Federation had announced that the leader of the Carthage Eagles, Youssef Al-Maskani, had been infected with the Corona virus, last Sunday.

And the media spokesman for the Football Association, Qais Raqaz, said that the tests conducted on Youssef Al-Maskani in Qatar confirmed that he was infected with the virus, knowing that he participated on December 30, 2021 in an official match with his Qatari Arab team within the local league.

The torrent of injuries did not stop there, as midfielder Firas Al Arabi, player of the UAE club Ajman, was seriously injured during his participation with his team in a match against Shabab Al Ahli Dubai Club in the UAE League, after which he left the field.

A source within the Tunisian Football Federation’s National Teams Committee revealed that Belarbi is complaining of a serious injury that requires a long period of absence from the stadiums, which means that he will not be on the team’s list for the African Nations Cup.

In parallel, the coach of the Carthage Eagles, Munther Al-Kabeer, decided to invite Issam Al-Jabali, the striker of the Danish club Odense, to replace Firas Belarbi, considering that the regulations of the African Union allow to compensate one of the injured players before the start of the finals, provided that a medical file proves the degree of injury.

In the absence of Belarabi from the finals, the number of players whose services the Tunisian team lost a few days before the start of the competition rose to five completely. Besides this player, defender Mohamed Dragher is still outside the Eagles training due to a muscle injury that will prevent him from playing the first match for Tunisia against the Mali team.

It is noteworthy that Tunisia lost the services of its most prominent defender, Yassin Meriah, the Emirati Al Ain professional, who suffered a serious knee injury during his participation in the 2021 Arab Cup, which will force him to rest for no less than 6 months.

In addition to Belarabi and Drager, Youssef Al-Masakni, Wagdi Kashraida, and Seif Al-Din Al-Jaziri, who were infected with Covid 19.

Obstacles and exercises in the dark

The preparations of the Tunisian team, which will open its continental participation on January 12 against its Malian counterpart, are witnessing multiple obstacles and chaos, which has sparked widespread controversy in football and media circles.

On Sunday evening, the national team players were forced to stop the evening training at the Olympic stadium of Rades, south of the capital, Tunis, after a sudden power outage minutes after the start of the training.

The players and the technical staff returned to the residence, while the Football Association published a statement in which it revealed that everyone was surprised by the outage of light for no apparent reason, while conflicting information circulated that an electrical short was behind the outage.

See also  In the video.. The wife of the Sierra Leone striker bids him farewell in a strange way before the African Nations

Accordingly, the Tunisian national team continued its training at a stadium located in the city of Mursi (15 kilometers north of the capital, Tunis) before traveling on Thursday to Cameroon, where the Carthage Eagles are expected to settle for a single friendly match that will bring them together with the Sierra Leone team on January 7 in the city of Limbe, the residence of the Tunisian delegation during Finals.

In the middle of this week, the issue of the Football Association not obtaining supplies and equipment for players from training suits and official shirts in which the players will play the matches was also raised.

And media sources revealed that the supplies and shirts of the Tunisian team were seized by the customs administration at Carthage Airport, due to the lack of payment by the Ministry of Sports of the fees owed on those imported goods.

The same sources revealed that the company that produced the official shirts for the Tunisian national team threatened to terminate the contract linking it to the Football Association in the event of playing the final matches with shirts that do not bear the official mark. 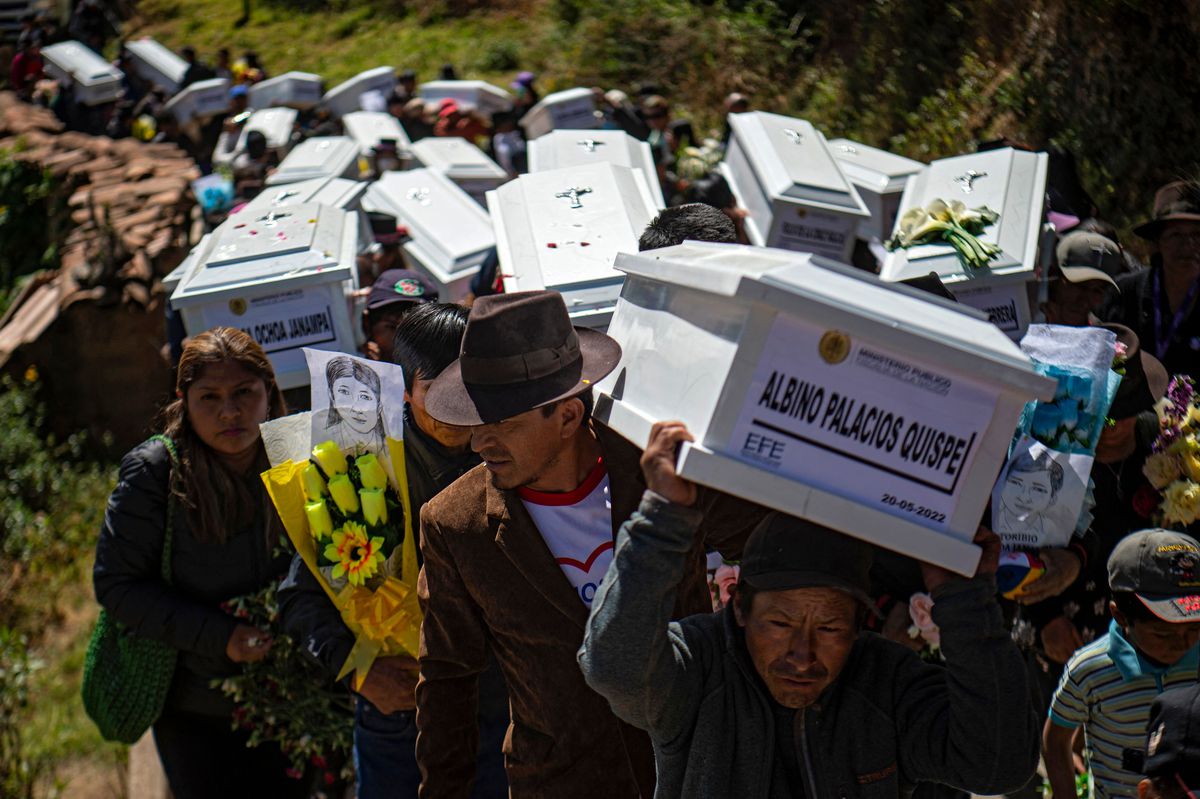 A half pardon after 37 years of waiting: the burial of the victims of Accomarca

Relatives of the 1985 victims carry the coffins to the Accomarca pantheon, in Ayacucho.ERNESTO BENAVIDES (AFP)“Agustín Chávez, present! Agustín Chávez,...

Mercedes “carrot” for the Alpine | FormulaPassion.it