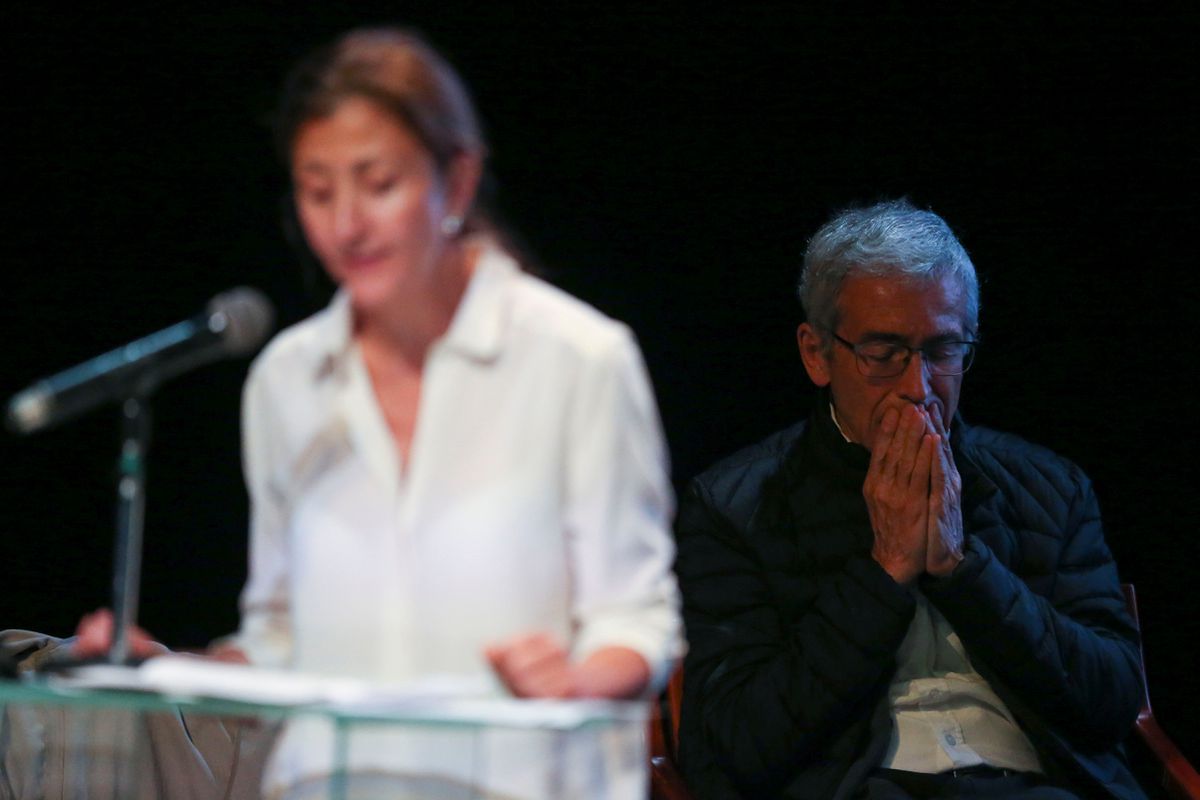 Colombia looks, with ever greater determination, to the painful truth of the war. In a polarized society that seeks to heal the wounds left by more than half a century of armed conflict, the former presidential candidate Ingrid Betancourt and other civilian victims who suffered the kidnapping confronted face to face, for the first time, the leadership of the defunct guerrilla of the FARC. The heartbreaking meeting this Wednesday, organized by the Truth Commission, is part of the long turn of the ex-combatants, who after signing peace more than four years ago have gone from justifying one of their most cruel and repudiated practices, to recognizing it and ask for forgiveness.

The Commission, arising from the peace agreement, sought to open that space “to the victims of the crime that most broke and divided Colombians,” as its president, the Jesuit priest Francisco de Roux, said. “We are here naked of ideologies (…) simply to meet as human beings”, in a sincere dialogue “from the wounded guts of ourselves,” he added during the recognition act in a theater in Bogotá. It was the preamble to an overwhelming avalanche of testimonies from various victims, some highly critical of the negotiations that ended with the largest guerrilla group in America.

The former commanders of the Revolutionary Armed Forces of Colombia, disarmed and converted into a political party with representation in Congress, do not face prison sentences. The transitional system that emerged from the peace agreement privileges the full truth, and establishes alternative penalties in exchange for confessing their crimes and repairing the victims.

“We wanted them not to go to Congress, to go to jail,” Roberto Lacouture, a victim from the department of César, in the north of the country, who was kidnapped by 15 family members, was honest with a broken voice. “With an event like these, your peace of mind is broken, your life is disorganized, because you generalize this anguish that you feel to all aspects of your life. My sleep, food, work were disorganized, “said his wife, Diana Daza, about the long months he spent in captivity.

The stories were happening one after another on the stage of the Free Theater. “I am here because I want peace for my country,” declared Armando Acuña, a former Huila councilor who spent 20 months in the power of the guerrillas. In a symbolic act, he gave the ex-combatants a magazine and a book that he kept in the jungle and has kept since then, more than a decade ago. “I ask you, no more war. To the State, to the insurgency, to whatever: no more war, ”he insisted. “There isn’t a day that I get up and don’t think about them,” Helmuth Ángulo said in reference to his parents, Gerardo Ángulo and Carmenza Castañeda, kidnapped in 2000 and murdered by the guerrillas after four months. Their bodies have not yet been found.

The kidnapping does not end with the release, and on many occasions the victims carry its consequences for the rest of their lives. Its widespread practice caused a human and social fracture in Colombian society. When it was Rodrigo Londoño’s turn, Timochenko, the last head of the FARC and today president of the Comunes party, apologized to his many victims. “We recognize that many of the kidnapped people were subjected to treatment unworthy of their human condition, suffered physical and moral attacks that unnecessarily increased their suffering,” he said. “To those who never returned from their kidnapping, to those who lost their lives in our hands, to those close to us who have been burdened for years and years by their absence and bewilderment, we beg you to forgive us for the terrible affront caused.”

The closing of the event came with the expected intervention of Ingrid Betancourt, who described it as “a spiritual exercise”. The former presidential candidate is the most visible face of politicians who spent long periods in the jungle, sometimes chained or tied to trees. After six and a half years in captivity, and countless escape attempts, she was rescued by the Army in Operation Check. Since her release, she has lived most of the time in Europe, relatively far from public life, but has supported the agreements signed by the Government of Juan Manuel Santos (2010-2018) at key moments.

“The value of this meeting lies in the fact that those of us who acted as warlords and those of us who suffered from them, all of us who were in the eye of the war hurricane, rose in unison before Colombia to tell them that the war is a failure, that it has only served so that nothing changes, and to continue postponing the future of our youth, “said Betancourt, dressed in white, in a powerful speech.

Although he thanked Timochenko’s recognition, his words were harsh with the former commanders. “I heard with emotion the story of my brothers in pain. I heard him cry, I saw them cry, and I have cried with them. And it is hard for me not to continue crying … I am surprised that on this side we are all crying, and that on the other side there is not a single tear, “he reproached his captors, with whom he had not met face to face for 13 years. . “I need to see your watery eyes,” he snapped in one of the most emotional passages. When he finished, he melted into an embrace with Father De Roux.

The Commission for the Clarification of Truth, Coexistence and Non-Repetition, its formal name, concludes its mandate this year with a final report that seeks to dignify the victims and shed light on the barbarism of the armed actors. The final stretch of his work coincides with a moment when the recognition of war crimes is accelerating. It is an extrajudicial entity, but works in coordination with the Special Jurisdiction for Peace (JEP), the transitional court of justice. In January, the JEP charged the FARC leadership with a series of crimes associated with kidnapping, a “systematic and massive” practice with a balance of more than 21,000 victims. In April, the former commanders admitted to justice that they kidnapped as a tactic of war.