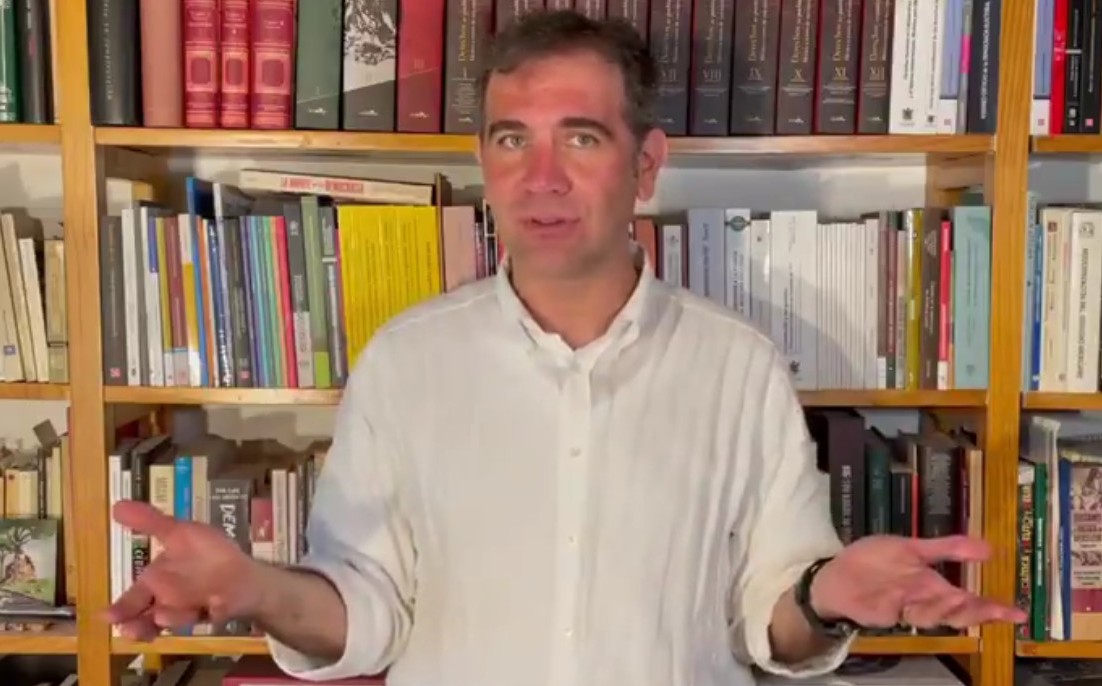 The National Electoral Institute will request for 2022 a budget item to organize a popular consultation or revocation of mandate, in case the citizenship promotes them, informed Lorenzo Córdova, president of the INE.

“In compliance with a resolution of the Supreme Court of Justice of the Nation, the INE will request in its draft budget for 2022 the necessary resources for the probable exercises of participatory democracy that could be held in 2022, on the one hand, the popular consultations and on the other hand revocation of the mandate, “he reported.

Through a video on social networks, Lorenzo Córdova reported that the budget to request for next year is divided into three items: operation of the INE, prerogatives to political parties and an item for the eventual organization of popular consultation or revocation of mandate.

Córdova indicated that only for the prerogatives to political parties will be 5 thousand 800 million pesos and recalled that to carry out, either the popular consultation or the revocation of the mandate, They require resources that support all activities and procedures which guarantee conditions of legality, equity, transparency, objectivity, professionalism and certainty.

Lorenzo Córdova indicated that the INE has already begun planning its budget, which it will need in 2022For this, a temporary commission was created that, in coordination with all the institute’s operational areas, “identifies the financial requirements, priority projects, and the items into which the institution’s spending will be divided.”

“As every year, The preliminary draft of the INE budget will be drawn up in this temporary committee and submitted to the General Council for consideration. that, after approving it at the end of August, it will be sent to the Ministry of Finance so that it, in turn, may include it in the draft Budget of Expenditures of the Federation that it will send in September to the Chamber of Deputies “, explained Cordova.

In compliance with a resolution of the SCJN, the @INEMexico in its draft budget for 2022, it will request the necessary resources for the probable exercises of participatory democracy that could be promoted, both Popular Consultations and Revocation of the Mandate. pic.twitter.com/2BBolTeHLo