Indira Vizcaíno: In Colima, we will audit the current PRI government 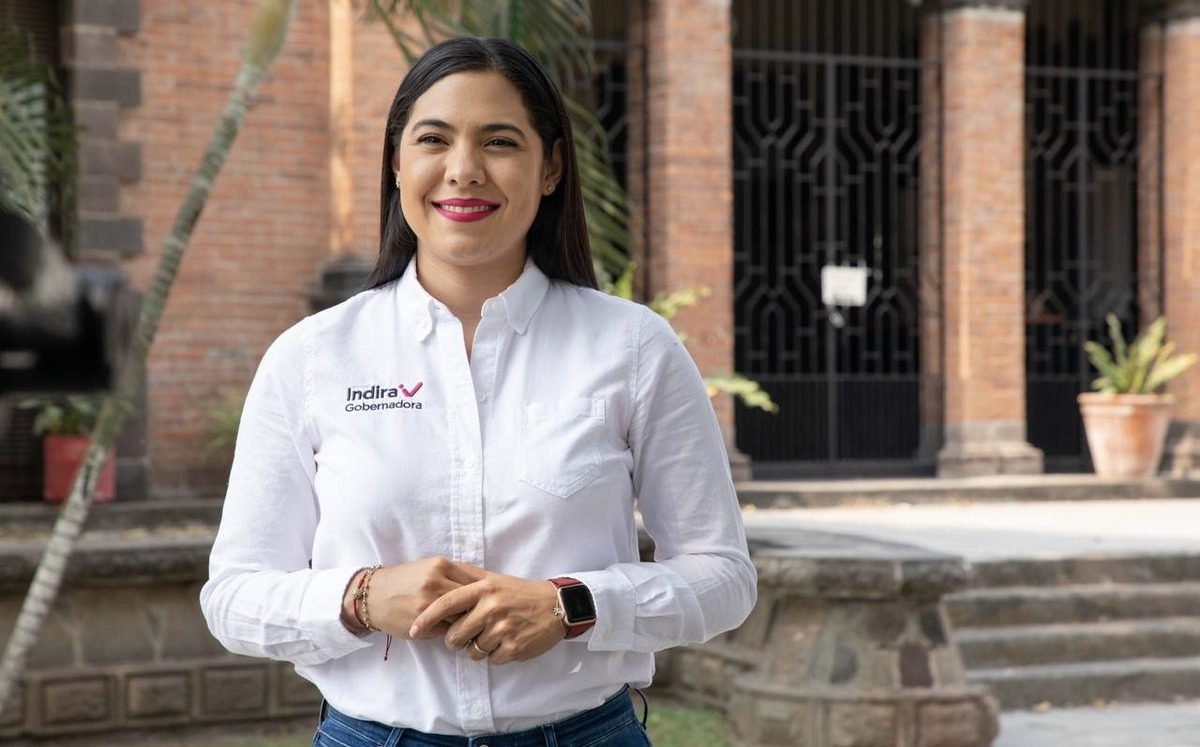 Indira Vizcaino she will be, among the governors, the youngest in the country. At the age of 34, she was already a federal deputy, mayor, secretary of Social Development of Colima and, recently, coordinator of the Development Programs of the federal government in the entity.

She grew up and trained professionally as a leftist politician, learning from her father Arnoldo Vizcaíno Sánchez, founder of the PRD.

As of November 1, when he assumes the governorship of Colima, He will seek to leave behind 92 years of PRI governments in his state and launch an inclusive government with women and youth, while continuing to review how the entity left it and submit the corresponding complaints.

Q: How do you feel about being the next governor of Colima? A 34-year-old young woman.

A: Happy, I am very happy because in the end it was a hope that we had in Colima, to carry the alternation in our state. He is one of the few who had not yet experienced the alternation that for 92 years had been governed under the same regime.

Colima had the first female governor, of the state, of the country and of Latin America, Griselda Alvarez, and for us it is a great pride because it was a woman who made an extraordinary government, that was in 1979. For 41 years until last year, in our country there had only been seven women elected governors and two interim. And now in 2021 we are going to have at the same time the same number of elected women governors as there had been in the entire history of our country.

For us it is exceptional, it is an extraordinary opportunity to not only demonstrate, because women are always required to show that we can and are capable, but also to promote an equality agenda.

An equality agenda that has to go even far beyond the gender agenda that of course has to be included and considered, but that also has to do with including minorities: sexual diversity, indigenous people, people with disabilities. , the elderly, all these groups with which women identify in a natural way, because we live harassment, violence throughout our lives, so there is a relationship of empathy with many vulnerable groups in our country, with many minorities in our country we are obliged to do so.

I am very happy, because as you say, I will be the youngest governor among women, indeed Samuel (García) is a few months younger than meWe are more or less the same age there, 34 years old. I think we are going to do good things in Colima.

Q: What do you want to do as governor of this state, which needs priority attention on security issues?

A: Indeed in Colima security is the issue, in recent years Colima has been in the first places in the rates of homicides, femicides, domestic violence that for us is also dramatic, and the challenge, to be there.

We are committed to serving you from two perspectives, on the one hand, of course, the containment that involves doing coordinated work with the Mexican government and with the municipal governments, which implies strengthening our own police, professionalizing them, signifying them, hiring more police, having better police officers, but on the other hand it is the whole issue of prevention.

The prevention route is the only safe route; Of course, it is in the medium and long term, but there is no other and we are committed to prevention, on the one hand by generating educational opportunities in Colima, we are going to create our own educational model in Colima that will be an example at the national level, but on the other hand also to generate job opportunities by reactivating the economy of our state.

I do not bet you to make great works of physical infrastructure that become monuments to the ego and corruption, I bet you to make a revolution of consciences, to change the consciousness of individualism for solidarity, to generate a new dynamic of social coexistence in our state and to take it, precisely, from this educational model that we are going to promote in Colima.

But also to change the dynamics in which governments are made, in which the budget that belongs to the people is invested in actions, in infrastructure, in works, in programs, but that will really solve these injustices, these imbalances that we have had for so many years.

Q: Will you get to do a review of the current administration?

A: Of course, it is the main commitment we made with the people of Colima that the first thing we would do is an audit. We have to know where we started from, but we also have to know if there were excesses, if there were irregularities, who committed them and act accordingly.

A: As far as it corresponds to us. The Executive is responsible for auditing, identifying, presenting complaints and following up. And who must process these complaints, will depend on oversight bodies, Congress itself and in other cases, even agencies such as state and federal prosecutors.

Q: What will be the gender agenda, the agenda for young people, for women, so that from the government, citizens perceive that a woman like Indira is governing them?

A: We commit ourselves not only to secretariats, but also to undersecretaries to general directorates, to all commands, senior and middle, it will be a joint cabinet, but we will also have 30 percent made up of young people under 35 years of age, that is essential because the only way for the vision of women and young people to be present in decision-making is for those who make them to be women and young people.

As much as we want to understand the youth of today, I who could assume myself still young, for a 17-year-old I am already a chavorruca, I no longer think like them. We feel young, but they don’t see us that way, so we have to involve young people in decision-making spaces so that their perspective is present.

We have also promised that we are going to build a school for civil servants. We have to sensitize our officials to a gender perspective, to zero tolerance for violence and harassment, because there are many things that we normalize, that even women themselves normalize because we have grown up in this culture and that does not make us guilty, that We do not realize that we suffer violence because it is something that happens every day.

We will sign protocols of agreements of zero tolerance to harassment in our government because from there we will be able to permeate other cells of society and we will have to take it to schools and in Colima, women, young people, people of sexual diversity, Older adults, indigenous people, people with disabilities have to know that when they are violated or discriminated against, they will be able to approach this government and the first thing we are going to do is believe them.

Q: Will there be a head within the government in charge of these works, any particular secretariat that you have thought of?

A: Of course, but in principle it has to be from the governorship itself and from the Government Secretariat itself.

Q: How did you train to be a politician and occupy the various positions in which you have been?

A: My dad is a teacher and he had his first place as a teacher in Baja California, so they lived there for 12 years, my older sister and I were born there. When they decided to return to Colima I was one year old, so I am from Colima, I did not know Tijuana until later.

My father was the founder of the PRD. He had not participated in any other match before. He got involved in the election of ’88 with the engineer Cárdenas, he was responsible for the representation of the polls in Baja California, then he returned to Colima, he is the founder of the PRD, in ’89 he was founded in the party, I am born in ’87 Basically I grew up within this logic of the left and what the dynamics of the left implied.

I grew up in this scenario in which we were violated for saying what we thought, in which we were singled out for thinking differently, in which we had to campaign, practically clandestinely. All that makes you and very young, at 22 years old, I had the opportunity to be a multi-member federal deputy, precisely because of an affirmative action of a young woman that had to be fulfilled and that then I was the proposal because it fulfilled both, woman and young.

After that I was municipal president, 25 years old, of my Cuauhtémoc municipality, a municipality in which we also carry out alternation, we also defeated the mafia of the municipality’s power. The first woman to be municipal president in Cuauhtémoc; Then I was, one year, Secretary of Social Development in the state government, then I had the opportunity to be a federal deputy again in 2018, I asked for a license because I joined as a delegate of programs for development and well, now a few months from now. the state governorship.

Q: What will be the priority action or meeting for those first days of government?

A: We will have to get to see the budget issues, on the 15th we have to send the budget proposal for expenditures for the following year, but we have to start first with security issues, gender issues and to promote this protocol that we want to carry out. modernize or create its own educational model in the state of Colima.

What groups would I like to meet with first? With the family members of the disappeared, with whom I have already had contact and who seem to me to have lacked sensitivity to address these issues in our state, one of the states with the highest number of missing persons.

And of course after that attend to other types of agendas that have to do with our teachers who have many deficiencies regarding their rights in the state government, with our police, with women’s groups and with environmental groups because we are determined to bring the economic development of our state in full balance with nature. That is the vision of the Fourth Transformation.