Indigenous medicinal knowledge is extinguished without a trace 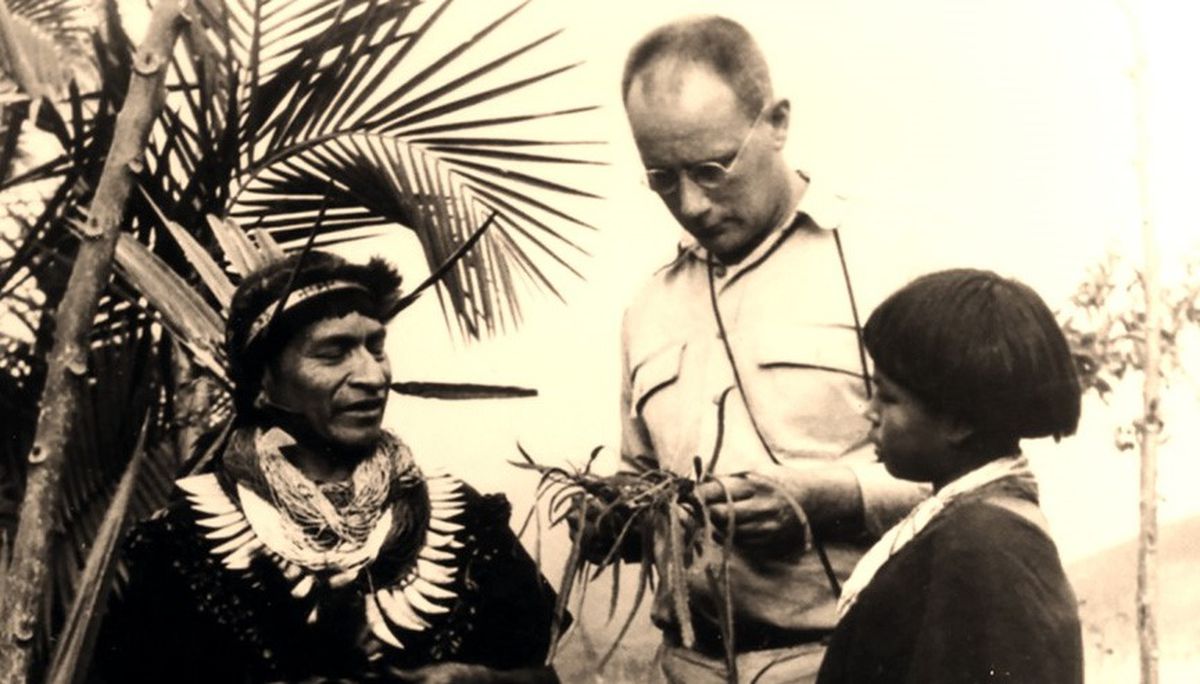 It might seem that, in the information age, everything is registered. Nothing is further from reality. Between 73% and 91% of the knowledge of the medicinal services of plants (their pharmacological and therapeutic properties) in regions of North America, Amazonia and New Guinea runs the risk of disappearing because only the indigenous people of each area know them and there is no record but their voices. If their language dies (more than 30% of the 7,400 in the world will no longer be spoken by the end of the century, according to UNESCO), the knowledge they keep disappears. A study published in the magazine PNAS by Rodrigo Cámara Leret and Jordi Bascompte, from the Department of Evolutionary Biology and Environmental Studies at the University of Zurich, has identified 12,495 medicinal services of plants, of which 75% are only known by one language. And “every two weeks”, according to the director general of UNESCO, Audrey Azoulay, “one disappears in the world.” Faced with this emergency, Jordi Bascompte laments: “It’s like a burned library, like amputating a limb. We are missing therapeutic opportunities ”.

Cámara Leret gives some examples of the pharmacological potential of plants known to the indigenous people: the members of the Cubeo people of the Amazon use the stems and roots of Connarus ruber as “barbascos” or “fish killers” to fish because the plants have metabolites that interfere with the gill respiration of the fish. The toucans of the Rio Negro of Brazil resorted to hunting the anesthetic properties of the bark of Leptolobium nitens, that they used as an ingredient of curare (poison for arrows). The Siona, inhabitants of the banks of the Putumayo River, between Colombia and Ecuador, use the milky latex of the Euphorbia hirta to treat fungal infections of the feet.

The botanist recalls that indigenous knowledge has served for the development of drugs, although he estimates that less than 10% have gone through pharmacological studies or trials. Vinblastine, used in Hodgkin’s lymphoma, non-small cell lung cancer, breast, head, neck and testicular, was isolated by Robert Noble and Charles Thomas Beer from the plant Catharanthus roseus from Madagascar. It is a case against thousands of possible therapeutic options that are in danger of being buried.

The uniqueness of indigenous knowledge associated with threatened languages ​​suggests that their loss will be even more critical to the extinction of medicinal knowledge than the loss of biodiversity.

Rodrigo Cámara Leret, researcher at the University of Zurich

The two researchers have collected, for the first time, data on up to 3,597 species of medicinal plants and identified 12,495 medicinal services (a combination of a plant species and a medicinal subcategory, such as Ficus insipida and digestive system) associated with 236 indigenous languages. “It is just the tip of the iceberg. Much medicinal knowledge is contained in languages ​​that are in danger of extinction ”, warns Cámara Leret. The conclusions of the study support the statement: “The uniqueness of indigenous knowledge associated with threatened languages ​​suggests that their loss will be even more critical to the extinction of medicinal knowledge than the loss of biodiversity.”

The threat is twofold, according to research. On the one hand, linguistic disuse is strongly associated with the decline in indigenous knowledge about plants. Furthermore, global climate change limits the geographic extent of many endemic species and crops used by man. “Together, the extinction of language and the reduction of useful species in the next century, may limit the full potential of nature’s contributions to people and the discovery of unforeseen uses,” the paper concludes.

The only safeguard of this knowledge is that in some cases it is shared orally with other indigenous groups who speak other languages. But it is insufficient because they are also threatened. For this reason, researchers consider a documentation effort a “priority”.

The documentation of the species in relation to their uses would be like the Rosetta stone, the key to new therapies

Jordi Bascompte, co-author of the research at the University of Zurich

Leret Chamber adds as strategies the strengthening of indigenous languages ​​and the realization of participatory registries. For Jordi Bascompte, “the documentation of the species in relation to their uses would be like the Rosetta stone [el fragmento que permitió comprender la cultura egipcia], the key to new therapies ”.

Anthropologist Victoria Reyes, elected member of the US National Academy of Sciences and researcher at the Catalan Institution for Research and Advanced Studies (ICREA), highlights from the work of the two Spanish scientists, of which he is not part, “the idea that each of the different cultures of the world has developed a unique knowledge system”: “These knowledge systems are encoded in linguistic systems, so when a language is lost, many other elements are also lost with it. The study focuses on medicinal knowledge, but we would probably find the same association if we looked at how the loss of a language affects the loss of knowledge of cultivation techniques, knowledge of food plants or knowledge of interactions between elements of nature, for example. name a few ”.

The loss of biocultural diversity reduces the adaptability of the human species and, specifically, the ability to find solutions to the environmental problems that we face

Victoria Reyes, anthropologist and researcher at the Catalan Institution for Research and Advanced Studies (ICREA)

“The results of this study”, concludes the anthropologist, “are just one example of how the loss of biocultural diversity destroys the many ways in which the human species has learned to live on the planet. Beyond medical knowledge, as this research explains, the loss of biocultural diversity reduces the adaptability of the human species and, specifically, the ability to find solutions to the environmental problems that we face ”.

Francisco Javier Jamioy Chindoy, traditional doctor camsá (indigenous ethnic group that lives in the Colombian valley of Sibundoy) who has collaborated in the investigation of Cámara Leret and Jordi Bascompte, shares the conclusions of the study: “Our culture began to be lost when we adopted the actions and the thinking of the people White; That is why children and young people today do not want to speak our language or work on their own. They no longer say hello pretty. For this reason, the thinking of our elders and their entire historical legacy began to be lost ”.

One of the documentary sources for Rodrigo Cámara Leret and Jordi Bascompte’s research is the work of Richard Evans Schultes, an ethnobotanist, taxonomist, writer and photographer considered one of the most important plant explorers of the last century. His work ‘The healing forest: medicinal and toxic plants of the north west Amazonia’ (Dioscorides Press), integrates almost fifty years of research. Schultes arrived in the Amazon in 1941 to study for a year how indigenous peoples used plants for medicinal, ritual and practical purposes and spent more than a decade doing field work that allowed him to identify 24,000 species, including 300 new to science.