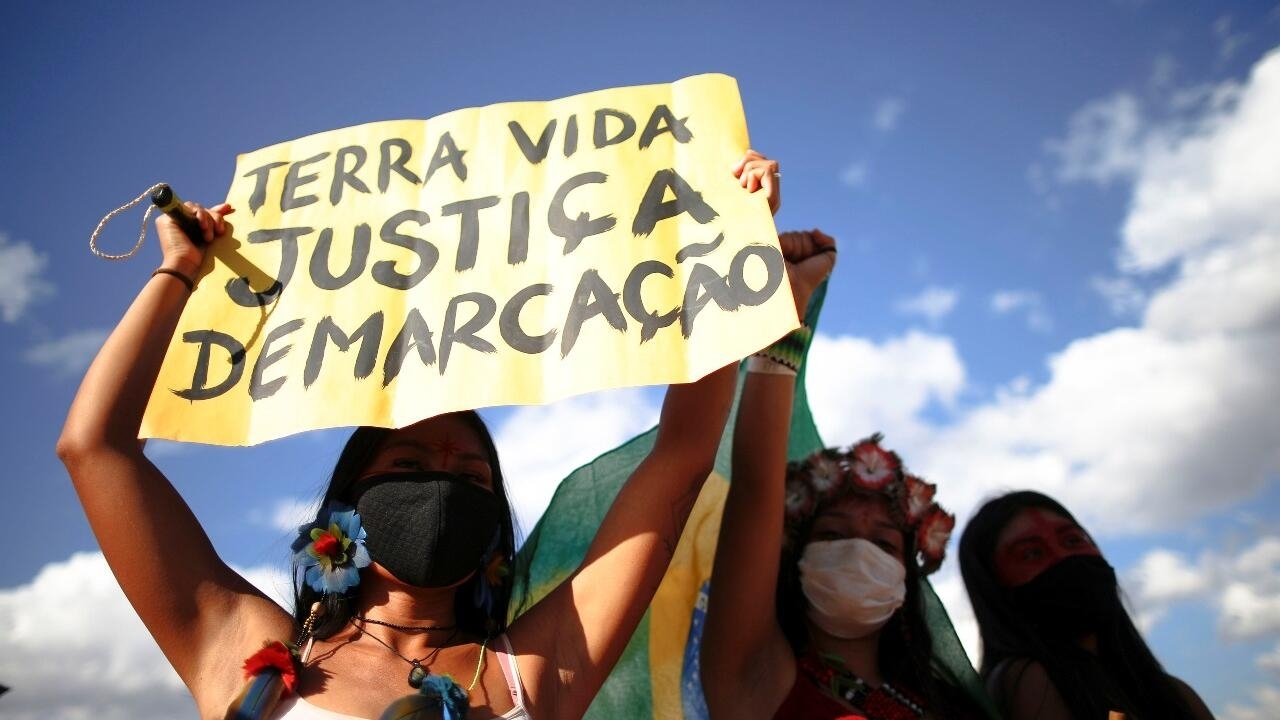 During a session in the Supreme Court of Brazil, the arguments for and against the land claims that dozens of indigenous people claim are necessary for their survival were heard on Wednesday, while the Government of Jair Bolsonaro defends the legal security of farmers in those areas.

Since 1988, a group of indigenous Brazilians have claimed hundreds of hectares of land that belonged to them until the arrival of European settlers who settled in their ancestral territories.

This is the case of the Xokleng community, which lives in the state of Santa Catarina, in southern Brazil. The indigenous people of this town who participated in the session in the Supreme Court eagerly awaited the ruling that could restore the territory they lost decades ago.

The Court examines whether the state government applied too narrow an interpretation of indigenous rights by recognizing only the lands occupied by native communities at the time the Brazilian Constitution was ratified in 1988.

The right to ancestral lands, determined in the Constitution

The Supreme Court of Brazil resumed on Wednesday the trial on the so-called “time frame thesis” for the demarcation of Indigenous lands, after it was suspended on August 26.

The land claim case was sparked when the state government narrowly interpreted indigenous rights in order to evict the Xokleng community from a nature reserve on their ancestral lands.

According to APIB, the largest indigenous organization in Brazil, the so-called “time frame thesis” is “a ruralist thesis that restricts indigenous rights. According to this interpretation, considered unconstitutional, indigenous peoples would only have the right to the lands that were in their possession. on October 5, 1988, the date of promulgation of the Constitution. This thesis is defended by companies and economic sectors interested in exploring and appropriating indigenous lands. “

But this figure is opposed by the so-called “indigenous theory”, enshrined in the 1988 Constitution. According to it, as APIB quotes, “the indigenous right to land is original, that is, it predates the formation of its own Brazilian state, regardless of a specific date of possession of the land (“time frame”) and even the administrative procedure of territorial demarcation ”.

Shortly after the government’s interpretation, the decision was appealed by Funai, Brazil’s indigenous affairs agency, which did so on behalf of members of the Xokleng community.

For his part, Luiz Eloy Amado, APIB lawyer, assured that the rule was unconstitutional because there was no deadline in the 1988 Magna Carta, which guaranteed the right to ancestral lands.

“The land issue is fundamental for the indigenous peoples of Brazil,” Amado told the Court on Wednesday, adding that some 800 claims would be paralyzed if the court does not reject the 1988 deadline.

However, the Government Attorney General, Bruno Bianco, argued that the “time frame thesis” provided legal security to farmers, many of whom have lived for decades on lands that were once inhabited by expelled natives. By the arrival of European settlers.

After several hours of listening to the arguments of both parties, the court suspended the session until Thursday. However, the case is expected to drag on for several more days.