Indiana bank buys out investor – and other shareholders are fuming 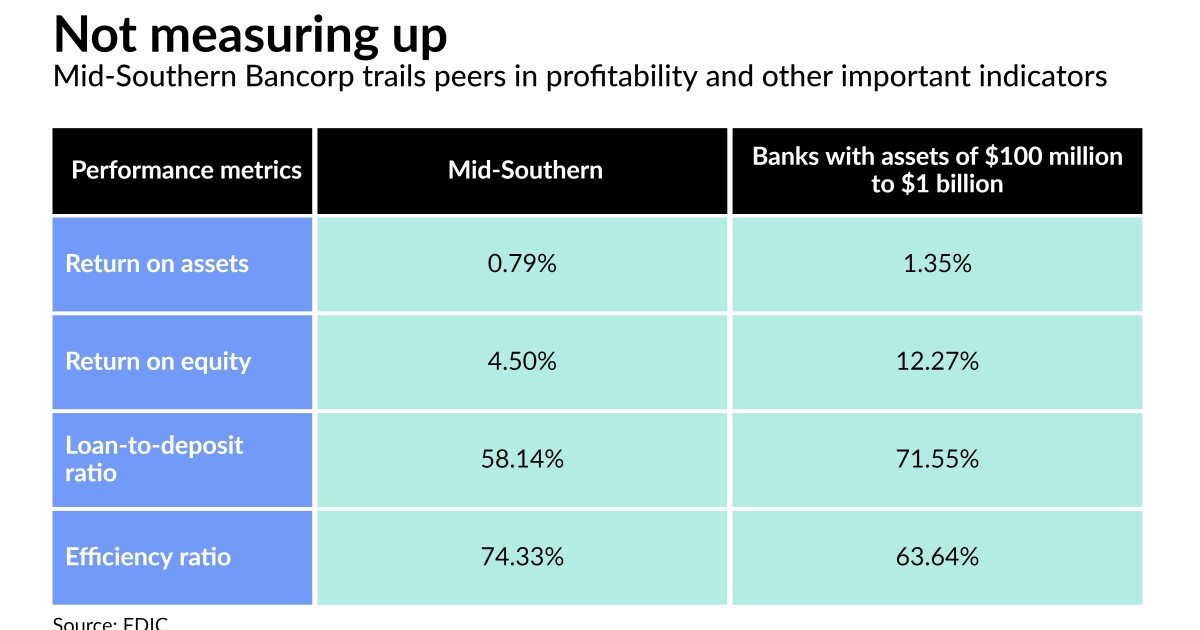 An Indiana thrift that converted from mutual to full stock ownership in 2018 is in hot water with shareholders after agreeing to buy one investor’s stake at a hefty premium.

Negotiated transactions where a bank agrees to buy back an investor’s shares are regular occurrences, but they typically involve significantly smaller premiums, Jordan Farkas, a longtime bank investor and Mid-Southern shareholder with about 33,000 shares, said in an interview.

“If we were talking about 30 cents, I wouldn’t be upset,” Farkas said, referring to the premium Mid-Southern agreed to pay. “I don’t think this is fair.”

Terry Maltese, whose firm, Maltese Capital Management, owns 125,000 Mid-Southern shares, wrote in an email to American Banker that he was “very disappointed to see one large shareholder treated differently than all the other large shareholders.”

“While a self-tender or Dutch auction offered to all shareholders could be expensive and time-consuming, a few phone calls to other large shareholders would have been appropriate,” Maltese added.

Dossenbach, who owns 24,000 shares and has advocated for Mid-Southern to hire an investment bank and weigh strategic options including a sale, said Monday that he plans to file a complaint with the Securities and Exchange Commission as well as a proxy for Mid-Southern’s 2022 annual meeting.

“It will be suggesting that in the future they follow the SEC safe-harbor rules for buying back stock,” Dossenbach said. “They sure blew those rules up more than I’ve ever seen done before.”

“There’s nothing per se illegal about buying shares back from an individual shareholder on a non-pro rata basis,” Spencer Klein, a partner and co-head of M&A at Morrison & Foerster in New York, said Friday in an interview. “I don’t know that the buyback is problematic from a securities law point of view. But it could be problematic from a fiduciary duty and shareholder relations point of view. “

Other shareholders “have a right to ask what corporate purpose was served by using their money to buy back shares at a significant premium,” Klein added.

To date, Mid-Southern’s management has remained tight-lipped about the buyback.

In a terse, three-sentence 8-K report filed Aug. 3 with the SEC, Mid-Southern reported purchasing a total of 138,518 shares for $ 18 per share, but the company did not identify the seller or detail the process that led to the comes out.

CEO Alex Babey also declined to name the seller in an email to American Banker.

“I am generally not comfortable discussing bank business publicly when there is a possibility that it would be information that is not available to all of our shareholders,” Babey wrote.

Mid-Southern’s roster of shareholders includes a number of prominent investors. The fund manager Michael Price reported holding a substantial stake, as did Larry Seidman, who has a history of shareholder activism, much of it involving converted thrifts.

While Mid-Southern, which was founded as a depositor-owned thrift in 1891, lags similarly sized banks in some performance measures, it’s been consistently profitable since completing its second-step conversion and becoming a fully stock-owned institution in July 2018. The company reported net income of $ 1.2 million in 2020 and $ 775,000 through June 30.

Mid-Southern’s asset quality remained solid, even during the pandemic-fueled recession in 2020.

Farkas said he has been pleased with Mid-Southern’s results and its leadership – until the company disclosed the share buyback on Aug. 3.

“I’ve been very happy,” Farkas said. “To go out and do something like this makes absolutely, positively no sense.”