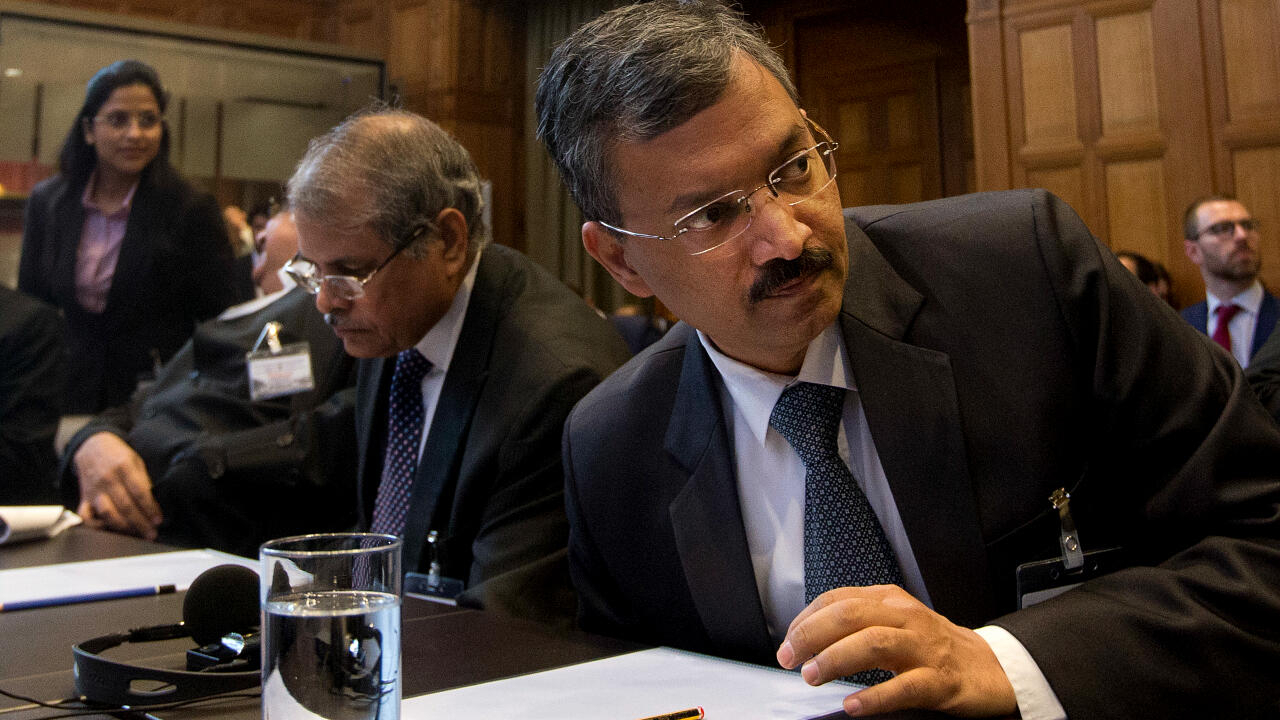 The talks began on August 31 in Qatar, where representatives of the three governments are discussing how to guarantee the evacuation of those who remain in Afghanistan and want to leave the country. Another of the high points on the table are the consequences that the coming to power of the Taliban could have in India’s historic conflict with Pakistan.

The Indian Ministry of Foreign Affairs confirmed that that country began talks last Tuesday with the Taliban in Doha, the Qatari capital. At the table are the Indian ambassador to Qatar, Deepak Mittal; and Sher Mohammad Abbas, one of the leaders of the fundamentalist group.

“Discussions focused on the safety, security and early return of Indian nationals stranded in Afghanistan,” as stated in the statement released by the Ministry of India.

The UK is also in talks with the same purpose of finding a safe way to evacuate the hundreds of people who are eligible for relocation, as argued by a Downing Street spokesperson. to the BBC public channel.

“The (British) Prime Minister’s Special Representative for the Afghan Transition, Sir Simon Gass, traveled to Doha and will meet with senior Taliban representatives to underscore the importance of safe passage from Afghanistan to British citizens and Afghans who have worked. with us in the last 20 years, ”said the anonymous source.

These joint talks between the British and the Indians with the Taliban seemed a distant option two months ago. In July, British Defense Secretary Ben Wallace confessed to him to The Daily Telegraph that the UK would be willing to work with any government in office in Afghanistan, even one led by the fundamentalist group, if it adhered to “certain international standards.”

Several spokespersons for the Government of India told local media that the official position contradicted Wallace’s statement, since historically India has opposed the Taliban. Their main fear is that being in power in Afghanistan, the group will back Muslim forces fighting India for control of Kashmir. This is the region that the Indians and Pakistanis have historically contested.

Not surprisingly, one of the points of the statement from the Ministry of Foreign Affairs states that “Ambassador Mittal expressed India’s concern that the soil of Afghanistan should in no way be used for activities against India or for terrorism. ”. In other words, the concern that the Taliban could back the eternal rivals of the Indian government. However, none of the governments that are part of the negotiation gave more information in this regard.

India’s reluctance towards the Taliban is related to the Pakistani’s alleged link to the fundamentalists. The overthrown government of Afghanistan, for example, has always signaled its neighboring country to back the Taliban, to the point that the group’s political leader, Abdul Ghani Baradar, has taken refuge in Pakistan since the Americans invaded the Middle Eastern country in 2001. From Pakistan, Baradar continued his operations and only nine years later the Pakistani authorities captured him in the city of Karachi, in 2010. In addition, the Taliban has maintained its military bases along the Afghanistan-Pakistan border.

This has never gone down well in India, a country that has had a historical confrontation with Pakistanis, from the religious to the cultural and political. Still, both India and the UK today are sitting at the table with the Taliban and the British are even building bridges for a possible political relationship.

“We want to be in a position in which security and protection allow for a continuing diplomatic presence in Afghanistan, but clearly that is not possible at this time,” said the UK Foreign Secretary, Dominic Raab, on Wednesday. at an emergency session of the British Parliament’s foreign affairs committee. The official was summoned to answer for the role of his government in the withdrawal of foreign troops from Kabul.

And now that all the US and NATO military have left Afghanistan, the British are moving away from the position of the US Administration and trying to get closer to the new Taliban government. “We need to look at our capabilities in future operations without the United States,” the British secretary said Wednesday.

This position is far from the tone that President Joe Biden has taken. The president has emphasized that if the new Afghan government wants to be recognized by the international community, it must commit to respecting the rights of Afghans. The US president also hopes that the fundamentalist group will keep its word that it will allow those who want to leave the country to leave.

Contrary to the words of the British about the possibility of having a diplomatic relationship at some point, Biden mentioned diplomacy as the means of pressure to make the Taliban guarantee the rights of women.

However, there was one issue the UK and the US agreed on: their failure to predict that the Taliban would control the country so quickly. Raab accepted that both British and American intelligence assessments expected that the democratic government they had worked with for the past 20 years would last until at least December.

“The central proposition was that, given the withdrawal of (foreign) troops at the end of August, there would be a steady deterioration from that point, and that Kabul was unlikely to fall this year,” Raab said. But ultimately, the Taliban even controlled the capital two weeks before the US military and NATO left Afghanistan for good.

Intelligence on Afghanistan indicated it was ‘unlikely Kabul would fall this year’ and there would be a ‘steady deterioration’ after the withdrawal of troops, Foreign Secretary Dominic Raab tells MPs. pic.twitter.com/m91HYZeRO2


On his address on Tuesday, Biden took a similar stance. “More than 300,000 Afghan national security forces that we had trained and equipped over the past two decades were supposed to be a strong adversary in their civil wars against the Taliban. That assumption, that the Afghan government could be sustained for a period of time beyond the military downsizing, turned out to be inaccurate, “he said.

Regardless of what Western military intelligence offices expected, the new reality facing the powers is that the Taliban have power in Afghanistan. And in this scenario, talks have already begun to look for bridges, at least initially with the purpose of evacuating those who remain in Kabul.