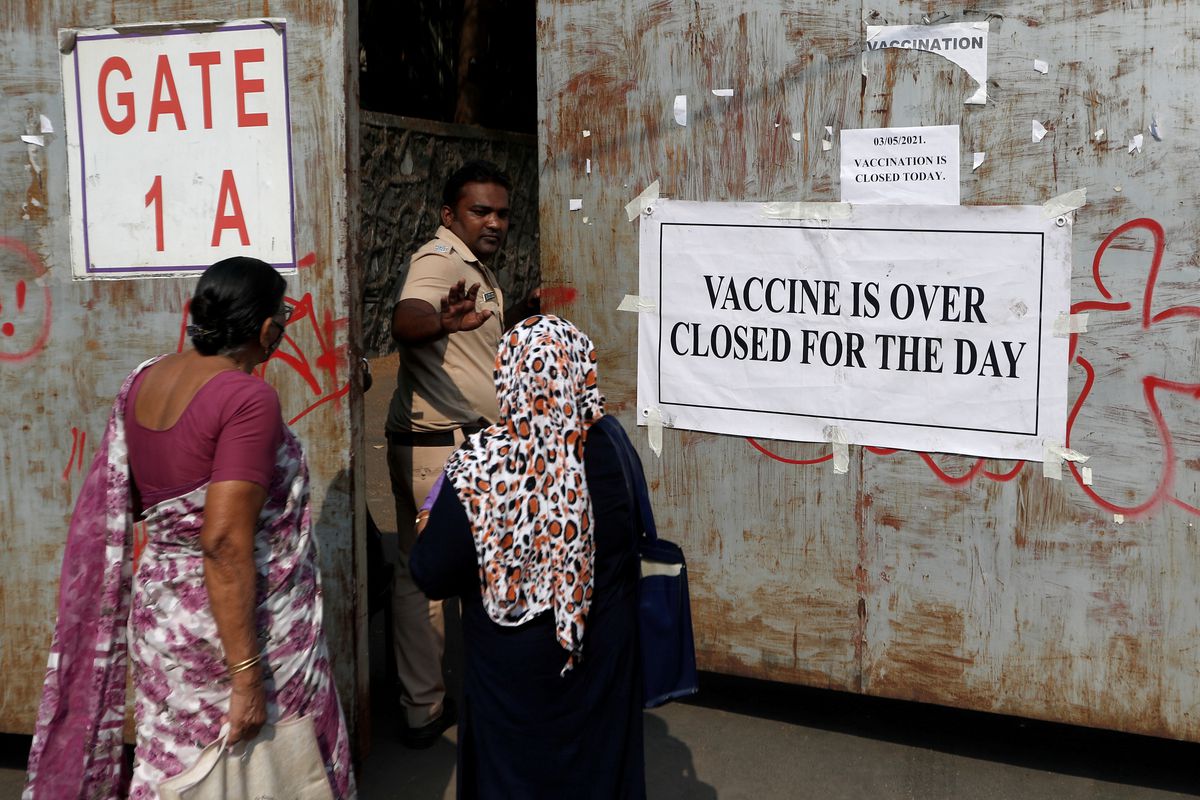 India and South Africa will present a new proposal to the World Trade Organization (WTO) this May, with the aim of releasing patents for vaccines, medicines and health products necessary to face the coronavirus pandemic. This was communicated by both countries at the meeting of the Council on Intellectual Property Agreements (Adpic) of this body, held last Friday, and of which more details are now beginning to be known.

The initiative tries to buy time to bring positions closer to the governments that continue to oppose the measure – those of rich countries, including the European Union – while seeking to add new forces to the growing and unprecedented support it has received in the last weeks the patent exemption.

Those attending the Council agreed to “continue evaluating” a proposal already presented by both countries last October and to which they will now give a new form with a second text. The President of the Council, the Norwegian Dagfinn Sørli, showed, despite the differences that remain, a “moderate optimism about the latest exchanges” of positions, as reported by the WTO.

The new proposal, which will be presented in the second half of the month, will no longer be only that of the two regional powers. In recent months, India and South Africa have succeeded in getting 60 other governments – including those of Pakistan, Egypt, Bolivia and most of the lowest income of the globe– also become sponsors of patent releases. In total, more than 100 countries supported the first proposal presented in October by India and South Africa at the WTO.

Even among rich countries, some things have started to move. In the United States, the Joe Biden Administration has admitted for the first time that it is “evaluating” the measure, which has received the support of 170 world figures, including former Spanish Government Presidents José Luis Rodríguez Zapatero and Felipe González. Also the current tenant of the Palacio de la Moncloa, the also socialist Pedro Sánchez (PSOE), pointed out last week the need to “open the debate.”

“Spain is willing to promote the discussion on patents with our European partners and, especially, in the field of the World Trade Organization”, explained yesterday a spokesman for the Ministry of Health.

The defenders of the measure assure that the exemption would allow to “increase the world production” of vaccines and to do it in a better distributed throughout the globe, so that less developed countries can also manufacture them. Critics, according to WTO discussion papers, charge against a proposal that they come to consider “counterproductive”. They doubt that it is “viable” and criticize it for “putting innovation at risk” and the “collaborative efforts” put in place by the industry to satisfy the demand for vaccines based on agreements between companies (the so-called voluntary licenses ).

The patent exemption was expected to occupy a prominent place in the WTO General Council to be held this Wednesday and Thursday in Geneva. But with the change in strategy of its defenders, the in-depth debate will foreseeably be relegated until next June, except for last-minute surprises.

For now, the promoters of the exemption seek to “bring positions closer to other countries of the organization” and receive their proposals. “A revised text will then be discussed and finished” with the aim of being “put into circulation. [entre los países] this same month of May ”. To this end, India and South Africa have asked the President of the Council “to hold a meeting open to all member states in the second half of May,” the WTO reported.

These dates will coincide with the World Health Assembly – the supreme decision-making body of the World Health Organization (WHO) -, which will be held between May 24 and June 1. The WHO and its director general, Tedros Adhanom Ghebreyesus, have been in favor of the release of patents, so the Assembly could be a forum to give new impetus to the initiative, its promoters trust.

Raquel González, head of Institutional Relations at Doctors Without Borders (MSF), considers that, although the new proposal is only a first step, “any movement that occurs with the aim of bringing positions closer to get us closer to the temporary suppression of patents is welcome ”.

Irene Bernal, a researcher at Salud por Derecho, an entity that advocates universal access to drugs, maintains that “this new route is very interesting because it seeks to unblock the entire negotiation process. There have been some countries that have pointed out that the initial proposal was too broad and that it was necessary to introduce nuances. A revised version of the text can unblock the relationship with some countries, which is very important that they support it ”.

Guillem López-Casasnovas, director of the Center for Research in Economics and Health at Pompeu Fabra University, does not observe, however, “any substantial change” in the last steps. “If there are, and the dramatic situation in India can help it, it can be like a gesture from rich to less developed countries. It is more doubtful that important changes promoted from the latter will take place, since this would be valued as a success of their pressure, capable of opening other avenues against more patents and other restrictions in the future. In any case, the role of Joe Biden will be decisive ”, concludes this expert.

However, the differences between all the parts remain enormous, all sources admit. A statement from the Council of Adpic states that countries “continue to be divided in the fundamental discussion of the impact that the protection of intellectual property has on quick and safe access to vaccines and other medical products.”

In this sense, facing the countries promoting the exemption are those “Member States that reiterate their position on the potential of voluntary licenses to increase vaccine production,” the statement said. This is the one maintained to date by the European Union and its members.

“It is true that we are facing very distant positions,” admits Irene Bernal from Salud por Derecho, “but there are elements that would allow positions to be brought closer together, such as pointing out more precisely the timing of the exemption and that it would end when the pandemic is over. . Let’s not forget that six months ago India and South Africa were alone and now they have much more support ”, he adds.

For Raquel González it is very important not to forget that “although all countries support the exemption of patents in the WTO, then they may or may not join it.” And he concludes: “This opens the door for rich countries to continue to respect patents or the restrictions they impose and let countries with fewer resources benefit from the exemption.”

Holgado, Aldeguer and Escrig are the first leaders of the CEV