Independent: Julio Falcioni promised ‘work’, but he already knows that Boca could take away a headline 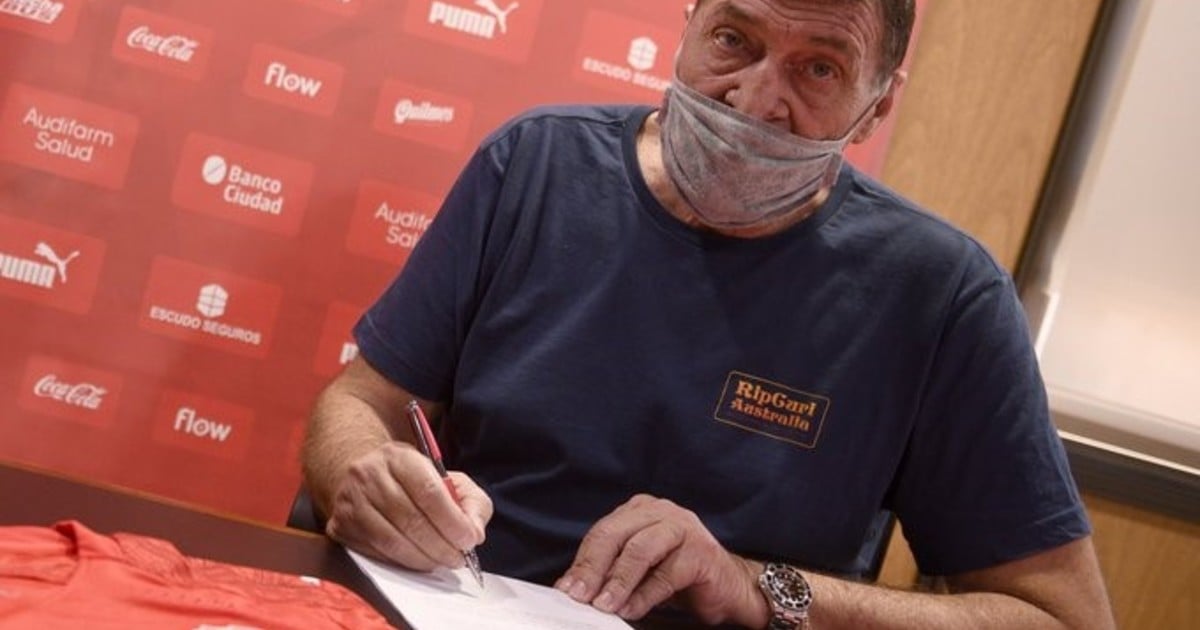 “I am proud to return to the club. When you return to a place where you were, that marks that things were done well and hopefully we can do it well again “, with those words Julio César Falcioni appeared in Independiente after shaking hands with President Hugo Moyano and signing his contract until December. 15 years have passed since his first cycle and now, at 64, the Emperor will begin a new process this Friday when he meets the campus and conducts his first practice at the Villa Domínico campus. But, on the move, the DT already knows that he could lose a starter since the talks with Boca were refloated by Fabricio Bustos.

“I directed until before the pandemic, against Gimnasia, which was Diego’s (Maradona) last game directing on the field. I had a proposal from Banfield, but I wanted to wait to see what happened. I had chances but they didn’t tempt me. Independiente appeared, which is a club that you cannot say no to“Falcioni told the official website hours after setting his feet in the Avellaneda state.

Promised “work, responsibility and seriousness” and look to the Lower: “I’m going to get in touch with all the players. Most of the teams today have youth players. In fact, Banfield has guys who had a great campaign and they are all players who debuted from our hand. That is the function of our work: to put a competitive team and promote youth. That’s what we did when we were here, at the time they gave support and continuity to (Sergio) Agüero, (Lucas) Biglia, (Oscar) Ustari, (David) Abraham. “

His work group will be: Omar Píccoli and Pedro Damián Monzón, old emblem of the Avellaneda club, who will be his main field assistants; a team of physical trainers headed by Gustavo Otero and seconded by Rodrigo Castellanos and Kenshi Píccoli; and the goalkeeping coach, César Velázquez.

But shortly after putting first, JF knows that he could have a sensitive loss in the team because Bustos is back on the Boca world radar. It is a name that interests Juan Román Riquelme. As he knew Clarion, there have already been contacts between the two leaderships, but at the moment no more than a survey has been advanced.

In La Boca they are also targeting Nahuel Tenaglia de Talleres to cover the right side. And we will have to see how the negotiations continue. For its part, Independiente needs to sell to obtain income, get rid of contracts and in this case also pay off a significant dollar debt like the one still dragged with Boca by Pablo Pérez (could enter the operation).

In turn, Falcioni warned that he needs a central defender (he likes Luciano Lollo and Germán Conti), a central midfielder (interests Jalil Elías, also wanted by San Lorenzo) and an area striker. They were the same places that his predecessor Lucas Pusineri claimed.

Will they be able to fulfill his wishes? Without too much margin of money, the red leadership will look for earthly alternatives: on loan, free or for a low cost.

They create a Spanish battery consortium that would generate 2,400 million in 2030