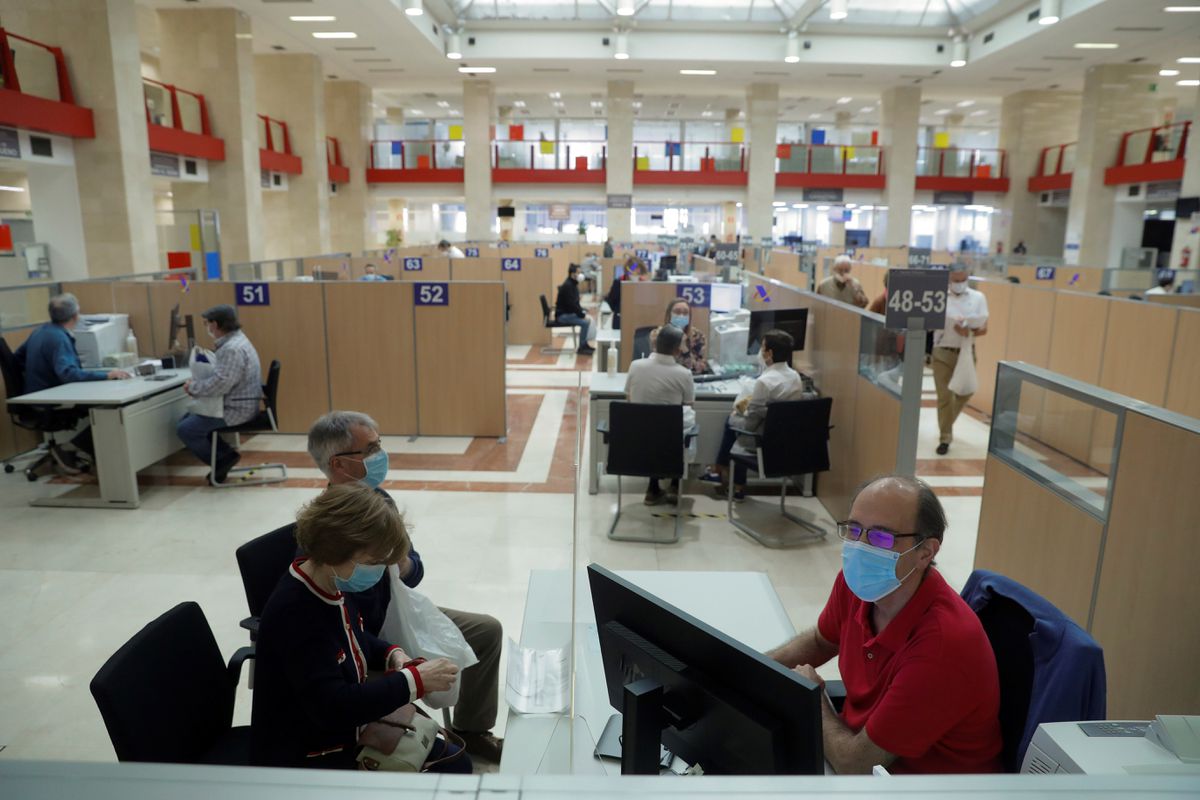 Covid-19 caused a serious health and economic crisis in 2020. It is time these days to calculate your tax effects. Until next June 30, it is time to settle accounts with the Treasury and present the income tax return 2020. There are not many news regarding investment products, but those that exist are linked to the pandemic. Regarding other matters such as ERTE, the perception of the minimum vital income, the agreements between landlords and tenants, the aid received or maternity benefits, the shadow of the covid-19 is not only long, but it is very relevant from the beginning. fiscal point of view. Taking this into account, and as was done in previous years from all instances, it is recommended, with more emphasis if possible, to review each and every one of the data provided by the Tax Agency; all the more so if it prepares a draft.

It is not easy to forget the collapse that the world stock markets registered, especially in February and March 2020. It is very likely that whoever undid positions then reaped losses. Some losses that can incorporate a slight tax consolation in this income statement. As explained by Abante Asesores, these capital losses (accumulated in the sale of real estate, shares or investment funds) can offset other capital gains that have been achieved in 2020 in the sale of this type of assets. Otherwise, the latter would be taxed between 19% (up to 6,000 euros) and 23% (more than 50,000 euros). And if there are still pending capital losses, it is possible to resort to the positive income obtained from insurance, the sale of bonds or dividends (income from movable capital), although with a limit: 25% of the positive balance of the group of the latter. For losses that still “remain”, there are four exercises to compensate them.

Regarding financial products, from Abante they remember: “You have to pay taxes on the gains obtained with cryptocurrencies, in the same way that you would with stocks or investment funds.” There are some more curiosities in this area. As explained by the Registry of Fiscal Advisory Economists (REAF), they are capital gains (and are subject to the payment of taxes), among others, the recognition of costs in their favor for those who have won a lawsuit, the subsidies received from a autonomous community for the payment of rent and also the aid collected for the acquisition of a vehicle or change the elevator of the community of neighbors. In exchange, the default interest that the tax administration has had to pay is not. Halfway between one and the other —they are capital gains, but are not taxed on them— are those obtained from the sale of the habitual residence of those over 65 years of age. For this group of people, covid-19 forces another precision. Until now, when they sold other assets other than their habitual residence, if they reinvested the proceeds in an annuity within a period of six months, they did not pay taxes on the profits made. In the 2020 personal income tax, to calculate this period, the 78 days of confinement that were from March 14, 2020 to May 30 of that year, are not taken into account. This is an important precision to avoid paying taxes for all taxpayers who in 2020 (after two years have elapsed) had to reinvest the proceeds from the sale of their habitual residence.

In this Income there is the possibility of reducing with the so-called abatement coefficients (11.11%, 25% and 14.28%, respectively) the profits obtained from the sale of housing, shares or investment funds acquired before 1995. They have a limit. The reductions are applied on the capital gains obtained up to a maximum sale amount of 400,000 euros. The investor can use this tax semi-credit whenever he wants and should do so, according to the REAF, when the profits obtained are as high as possible.

Despite the changes approved by the government in the taxation of pension plans, these do not apply to Income 2020. The taxpayer’s income can still be reduced by up to 8,000 euros (or 30% of the tax base) by the contributions made to them.

In relation to these products, the technicians of the Ministry of Finance (Gestha) recall that whoever was in ERTE or cessation of activity of freelancers as a result of the pandemic was able to rescue the consolidated rights of the pension plans for a period of six months – from on March 14, 2020—, up to the limit of wages or net income forfeited. As they explain, “the general rule that considers them earned income is applied to these reimbursements, so we must not forget to modify the draft if these amounts do not appear”.

From the REAF they clarify that the workers in ERTE who have received from the SEPE amounts that did not correspond to them in 2020 and who have had to return that year or will have to return them later do not have to pay for them. The problem may lie in knowing the data of the net amount —which is what they must include in the 2020 Income—. The AEAT will update the tax data as it receives information from the SEPE. On the other hand, these experts point out that those who have obtained gross income from work of more than 14,000 euros who have two payers – their company and the SEPE -, provided that the second payor has paid more than 1,500 euros, are obliged to declare and, Normally, they will be paid for the deficit in withholdings that will have occurred. They have the possibility of splitting the amount to be paid resulting from the declaration into six monthly payments, from July 20 to December 20, 2020, without late payment interest, provided that they present the declaration and request the voluntary postponement.

For Gestha it is also important to take into account that the extraordinary benefit for cessation of activity must be included as a work performance and that those who have received the minimum vital income must present the declaration, although if they have received less than 11,279 euros they will not pay taxes for being treated exempt income. Finally, the finance technicians explain that the government approved an increase in the tax relief for donations made since January 2020 to 80% of the first 150 euros donated and 35% of the rest of their contributions, which increases to 40% if the amount donated to the same NGO has not decreased in each of the last three years.

Muguruza trains in Rome and will try to play the WTA 1,000