Income tax data for the 25 richest Americans comes to light 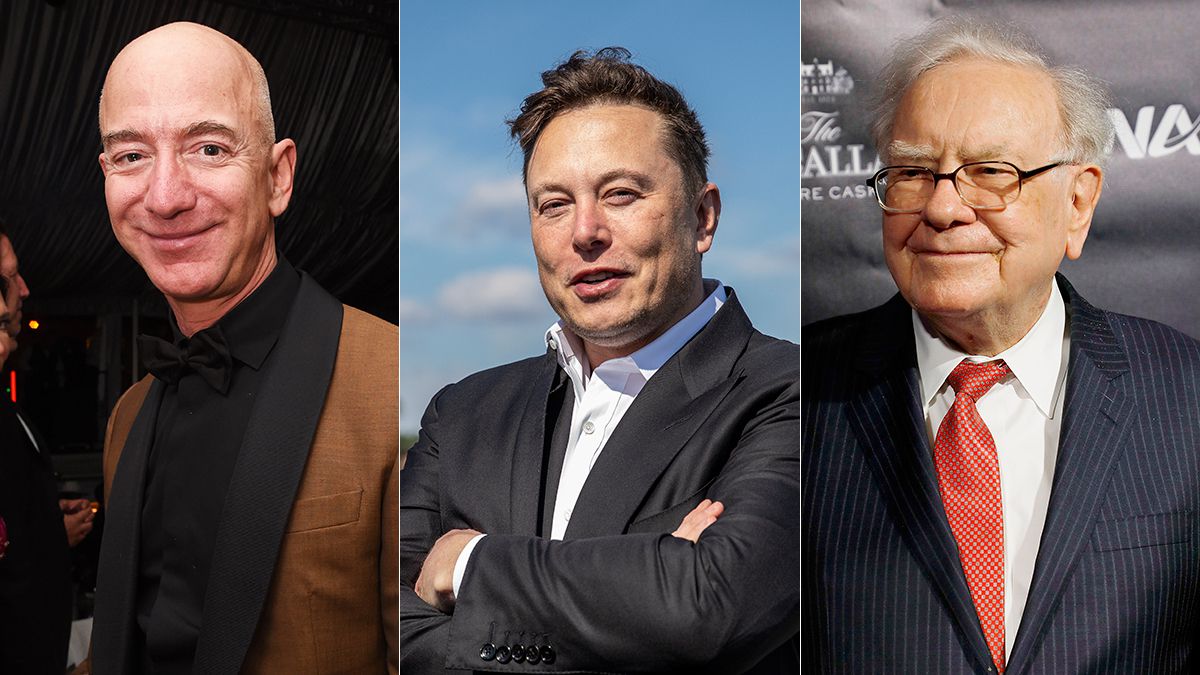 The ProPublica network of journalists, a non-profit organization that investigates abuses of power, has obtained an arsenal of information on the tax returns of thousands of the richest people in the United States for a period of more than 15 years . The publication of these contents began this Tuesday with a report on what is paid by the owners of the 25 largest fortunes in the country -from Jeff Bezos, the patron of Amazon; even the famous investor Warren Buffett; through Elon Musk, founder of Tesla, among others- in the period 2014-2018. The US Treasury (Internal Revenue Service, commonly known by the acronym IRS) has launched inquiries into the dissemination of these confidential data.

The figures show that billionaires They have seen their wealth grow significantly thanks, essentially, to the appreciation of their companies and properties, and, at the same time, they have reported relatively little income, since, by not selling those appreciating shares, the increase in value has not been materialized in effective income. In the same way, an individual does not pay for the revaluation of his home in income tax unless he sells it, since this revaluation does not translate into any income.

However, you can borrow against these revalued assets. And, upon death, they are not taxed as capital gains, something the Joe Biden Administration wants to change. The president has proposed raising the maximum rate of capital gains from 23.8% to 43.4% and taxing the revaluation of assets at death as if they had been sold.

For example, according to ProPublica data, Bezos paid $ 973 million in federal taxes between 2014 and 2018 and reported income of $ 4.22 billion. In the same period, according to this report (which takes the data on the assets collected by Forbes), his fortune increased by 99,000 million dollars, thanks mainly to the rise in the stock market of the company.

From here, however, the ProPublica report makes a very peculiar calculation to create what it has dubbed the “true tax rate”: the report takes into account what company shares have risen on the stock market to estimate the pressure Income tax, that is, as if a homeowner had to pay in income taxes what their property has appreciated. He points out, for example, that Buffett declared an income of 125 million dollars in those years (2014-218) and paid 23.7 million in federal taxes on those income. However, as they calculate an increase in their wealth of $ 24.3 billion, they point out that the so-called “true tax rate” is 0.10%.

“ProPublica has carried out an analysis that has never been done before,” says the text of this organization. In effect, ProPublica is combining two different concepts, the calculation of income taxes with the increase in the value of assets that do not translate into income unless they are sold, something unprecedented and questionable. Methodologically, it is also inconsistent. Someone with a net worth of 10 billion who would have received 100 million income, but whose wealth had not changed, would appear to be paying a “true tax rate” of infinity percent. And that method of calculation also stops working completely for someone who had received millions in salaries, dividends and other income, but whose wealth had fallen due to the downward evolution of the Stock Market, for example.

In fact, ProPublica has only published the figures of four billionaires who have paid about 1,744 million dollars. That is about 11% of your income, but only 1% of your wealth increase. The income tax is especially low in the case of Michael Bloomberg because of his donations and deductions for taxes already paid abroad. For the 25 as a whole, it only publishes an aggregate data, which already shows that they paid a total of 13.6 billion dollars, an average of more than 500 million dollars per person, but the information does not indicate what proportion that supposes of their income. It does say that it represents 3.4% of the increase in their wealth, but without explaining whether there are cases in which wealth has decreased.

All in all, the data has served to reignite this Tuesday the debate on the tax burden borne by the wealthiest compared to the middle and working class. According to the research, billionaires They not only benefited from holes in the collection system, but also from a system that taxes income from work more than income from wealth. Much of the fortune accumulated by billionaires consists of stocks, second homes, yachts, works of art and other investments that are not considered taxable, except in the case of the income generated by their sale. But even in this case, journalistic work emphasizes, there are holes in the tax code that allow to limit or reduce considerably the declaration. The billionaires They also resorted to perfectly legal deductions, but very striking given the size of their assets.

The revelation coincides with the Biden Administration’s attempt to increase the tax on Americans who earn more than $ 400,000 annually, from the current 37% – a percentage resulting from Trump’s tax reform in 2017 – to 39.6%. The Democratic Administration intends to increase the collection of the public coffers to finance, together with the increase in corporate tax from the current 21% to 28%, an ambitious infrastructure program. In the four years analyzed in ProPublica’s research, the luckiest Americans paid an average of 15.8%, well below the 37% in force.

Biden and his economic team have found the idea of ​​adopting a wealth tax unfeasible. Instead, his Administration plans to allocate 80,000 million to improve the operation of the IRS and thus be able to pursue tax traps. He has also proposed doubling the tax on capital gains – the profits from the sale of an asset such as a stock or a boat – for people who earn more than a million dollars a year.

In February, the Secretary of the Treasury, Janet Yellen, already warned that an efficient and functional tax collection system – that is, without loopholes for fraud – “is something that poses very difficult implementation problems”, but a month later, in March, it was open to a wealth tax, in line with progressive Democrats like Sen. Elizabeth Warren, who once proposed a surcharge for net worth over $ 50 million. “Our tax system is rigged for billionaires who don’t make their fortune through income like working families do,” Warren said of the ProPublica investigation. 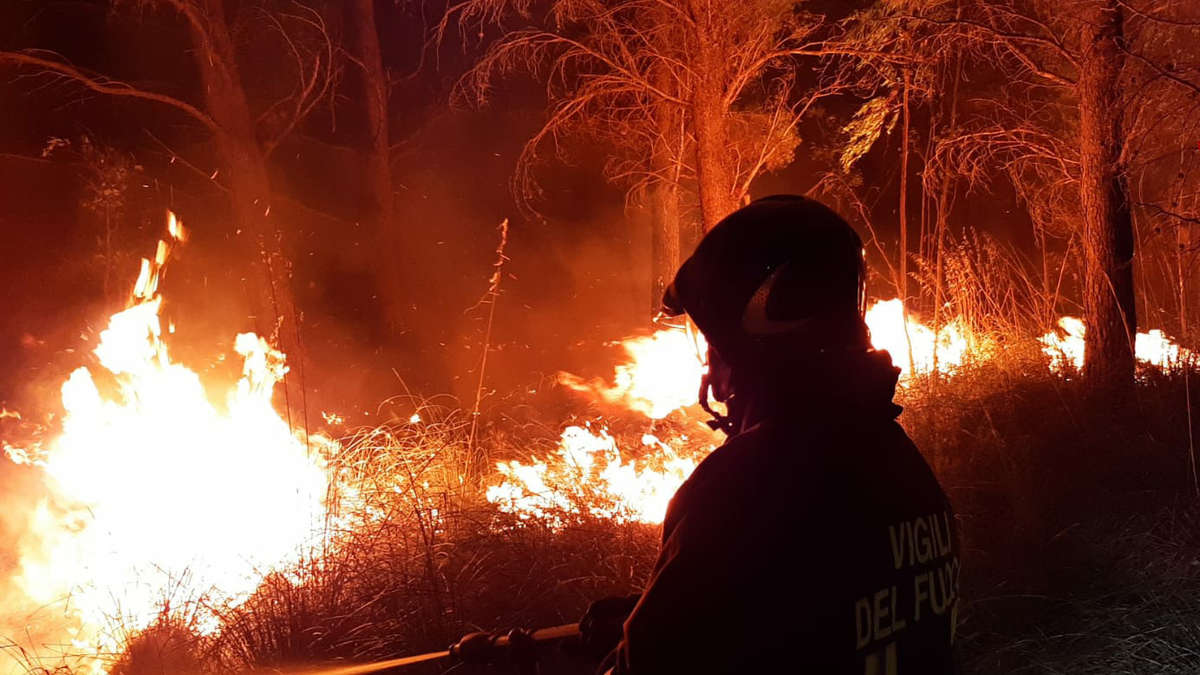