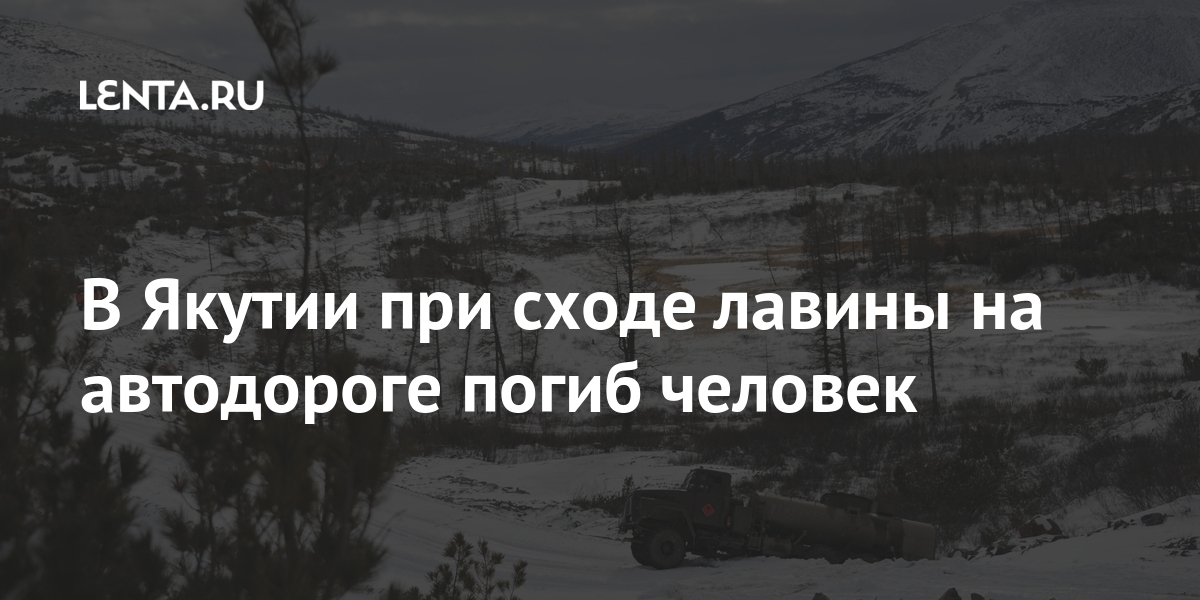 In Yakutia, an avalanche on the Yana winter road killed one person. It is reported by RIA News with reference to the press service of the Main Directorate of the EMERCOM of Russia for the region.

According to rescuers, because of heavy snowfall on Sunday night, an avalanche came down the road, as a result of which two cars with people got stuck. There were seven people in the cars, including two children. The condition of six is ​​assessed as satisfactory, a person born in 1996 died due to the descent of the snow mass.

At the moment, the victims are being evacuated to the nearest settlement. A helicopter with rescuers, medics and equipment is scheduled to depart from Yakutsk.

Earlier, a devastating avalanche descended on the village of Tsakhur in the Rutulsky district of Dagestan and was caught on video. The Ministry of Transport of the region reported that during the avalanche, three cars fell asleep. Two border posts and nine settlements were left without transport links.