In worship with André Mendonça, Bolsonaro reaffirms the appointment of an evangelical to the STF 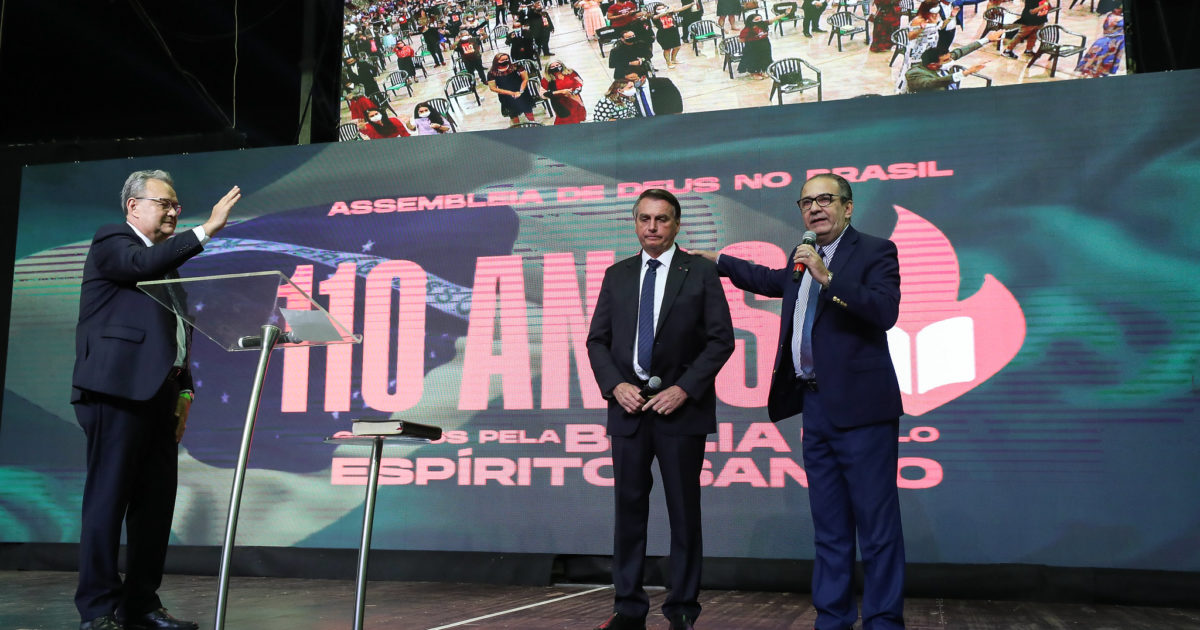 The president Jair Bolsonaro participated in this Friday (June 18, 2021), in Belém, Pará, of worship in celebration of 110 years of assembly of God in Brazil and reaffirmed the intention of appointing an evangelical person to the position of minister of STF (Federal Court of Justice).

The Union’s attorney general, André Mendonça, one of those quoted for the vacancy, accompanied the president and watched the speech of the audience. He is pastor of the Presbyterian Church.

“I made a commitment 4 years ago with evangelicals in Brazil. We will nominate an evangelical so that the Senate accepts his name and sends him a brother of ours in Christ to the Supreme Court.”, affirmed Bolsonaro.

The vacancy to be opened at the STF is that of minister Marco Aurélio Mello, who will retire on July 12th.

Bolsonaro also criticized restrictive measures imposed by governors and mayors to contain covid-19. “I always defended life. We should preserve the elderly and those with comorbidities. And the more we should work”, said.

The president also stated that his government, which is completing 2 and a half years, has never had “an act of corruption”.