In which direction is the clock set and why? 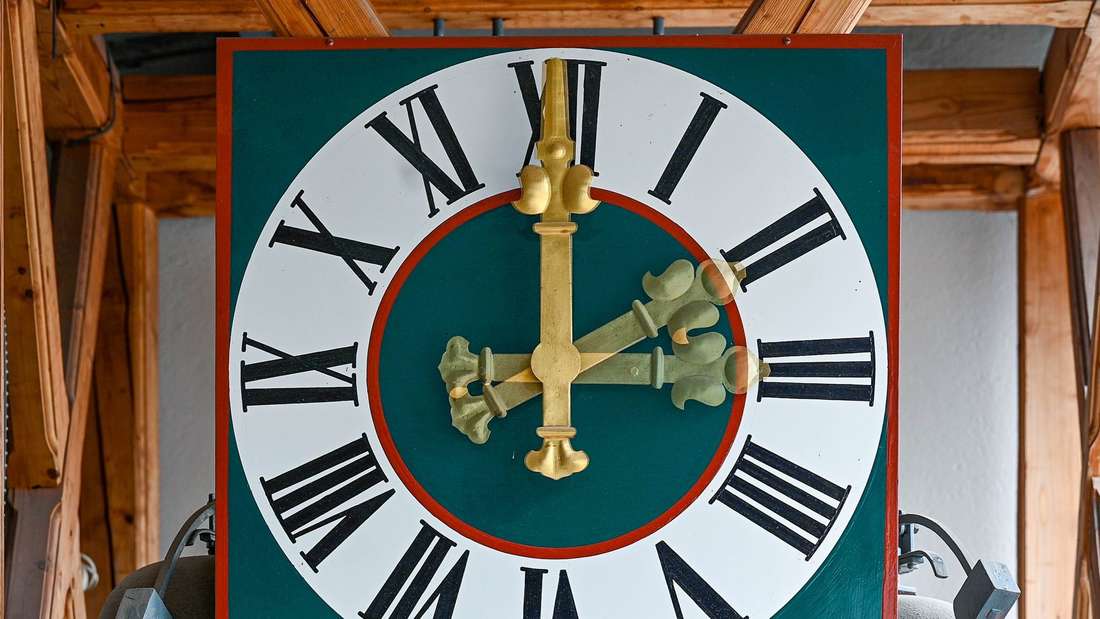 It’s that time again: the clocks are being switched to daylight saving time. But why exactly – and in which direction? Important information about the time change at a glance.

Munich – forward or backward? People keep asking this question as the time change approaches. It’s that time again at the end of March. But since when do we start changing the clocks, and how does the majority of people feel about it?

Time change to daylight saving time 2022: On which day will the changeover take place and in which direction?

During the night of Sunday, March 27, 2022, the changeover will be made from winter to summer time. Namely: forward. We lose an hour if the hand advances from 2 o’clock to 3 o’clock. So March 27 has only 23 hours for us. On the other hand, we can look forward to the end of October: we can sleep longer because there are 25 hours in the day.

Summer and winter time: since when do we change the clocks and why?

The oil crisis hit in the 1970s. This is one of the reasons why the premise of “saving electricity” suddenly became much more prominent in the focus of public discussion. One of the results was the introduction of daylight saving time in 1980. This was intended to make better use of daylight. To this day it is unclear whether this was a calculation that worked out over the years. Even according to experts, the savings from this are minimal at best. There were also time changes during the First and Second World Wars.

Clock changes: on which day do the clocks change?

Forward or backward – many people get confused. Probably the most well-known mnemonic is about garden furniture. As the saying goes: “In summer you put the garden furniture ‘in front’ of the door, in winter you put it ‘back’ in the shed.” It’s the same with clocks: they are put forward for summer and back for winter.

Time change 2022: When will summer and winter time be abolished?

The time change is a nuisance for many people. Not only because they have to change some clocks by hand, but also because they mess up their inner sleep and biorhythms. In 2018, for example, there was a large online survey across the EU, in which 4.6 million people took part. 84 percent of the participants were in favor of abolishing the time changes. The EU countries agreed to implement the will of the people by 2021.

However, this has not yet been put into practice because countries could not agree on what should be considered normal time – summer or winter time. If there is no uniformity, there is a risk of a Europe-wide patchwork of times. So it will probably be a while before the time changes are finally abolished. Or to put it another way: “Time definitely goes by slowly when it comes to the time change,” said Eric Mamer, spokesman for EU Commission President Ursula von der Leyen, in early October 2021.

Time change: How does it affect health and can I adapt my body to it?

The changeover in autumn, when we “get” an hour, is less problematic than in spring, said sleep medicine specialist Alfred Wiater German press agency: “The so-called winter time also corresponds more closely to our inner clock than the so-called summer time.” He compared the changeover in spring with a mini-jet lag. This is particularly sensitive for infants who have just found their sleep rhythm. His tip for everyone to make the changeover easier: “Just go to bed a little bit later.” Not only babies, but also adults can experience symptoms that can last up to a week after the time change: This is how people suffer, for example fatigue, high blood pressure, insomnia and lack of concentration. According to a DAK survey, every third German already suffered from such complaints. 18 percent of those surveyed were also late for work because of the time change. (cg with dpa) *Merkur.de is an offer from IPPEN.MEDIA