In Vietnam, eradication of the virus rhymes with development 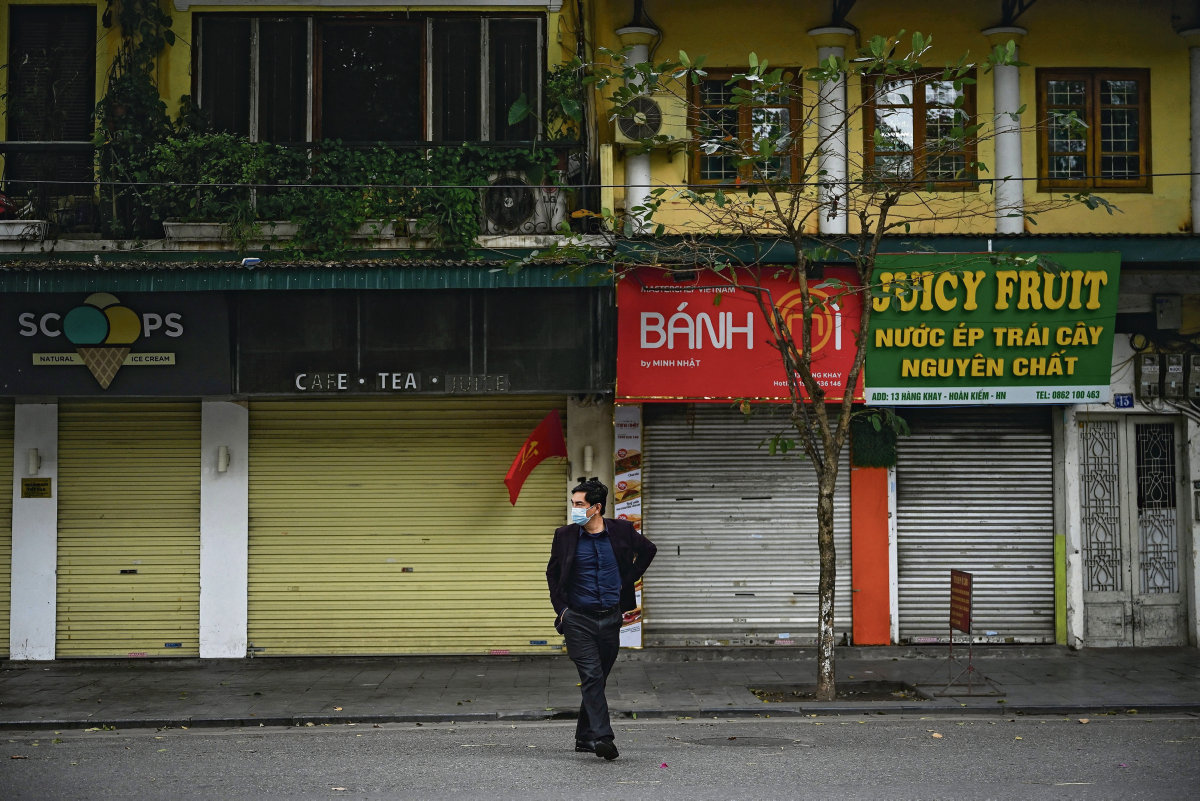 Forgotten, the districts which compete with colors, dances and firecrackers for the Viêt-kieu. The Tet, or Vietnamese New Year, has this year taken a bit special in the absence of a part of the family. The authorities have therefore asked members of the diaspora not to return to the country to celebrate the most important holiday on the calendar.

One year after the start of the coronavirus epidemic on the territory, the country of 97.3 million inhabitants recorded, on February 18, 2,329 cases and 35 deaths with a slight resurgence in recent weeks. Around the world, the developing country is cited as a model of the “zero Covid” strategy which aims to eradicate the virus rather than live with it. Clearly, when cases appear, even at low contamination rates, the virus does not have time to circulate. An approach that makes it possible to avoid congestion in hospitals while waiting for the total vaccination of the population.

Thanks to its experience with SARS in 2003, Vietnam ordered the implementation of a plan as of January 27, 2020 and decided to close its borders even though China recorded, on that date, only 80 deaths and 2,700 contaminations. This drastic border control (excluding diplomats, experts and highly qualified workers) is combined with a mandatory quarantine for arrivals. The test-trace-isolate method is based on large-scale testing campaigns, the use of digital tools, neighborhood committees for the isolation of patients and contact tracing via the NCOV application, considered intrusive due to the induced social control.

Thus, after the discovery a few weeks ago of cases in a Hanoi hospital, the 7,664 staff members were placed in preventive quarantine and the tracing of their contacts, visitors and their relatives gave rise to a similar measure for an additional 52,239 people. The chain of transmission is broken, the epidemic contained. In addition, due to the third epidemic wave, schools in many cities have postponed the start of the school year, initially scheduled for February 17, and are providing their courses remotely until March 1. From Hanoi to Ho Chi Minh City, non-essential businesses have closed doors, including street eateries where customers usually share a sidewalk soup.

Vietnam, which is developing its own vaccines, including Nanocovax and Covivac still in the testing phase, should also receive 5 million doses at the end of February, as part of the Covax system of the World Health Organization (WHO) and 200,000 doses of the British group AstraZeneca. Since the end of the American embargo against Vietnam in 1994, the country has shown unparalleled diplomatic activism in order to break its isolation. In a flash, it thus formed an influential diplomatic corps for all multilateral bodies.

Within the Association of Southeast Asian Nations (Asean) and the United Nations, the country is now pursuing the same strategy by demanding equitable access to the vaccine, which, according to Deputy Prime Minister Pham Binh Minh, should be seen as a common good. Vital data, in addition to the “zero Covid” method, for the fourth largest economy in Southeast Asia to continue its industrialization, benefit from the desire for diversification of the principals thanks to the degraded image of China, and thus pushes its advantage beyond its borders.

Yahaira Plasencia presented a preview of her new song “Dime”