In Ukraine, they threatened to take land from the Russians 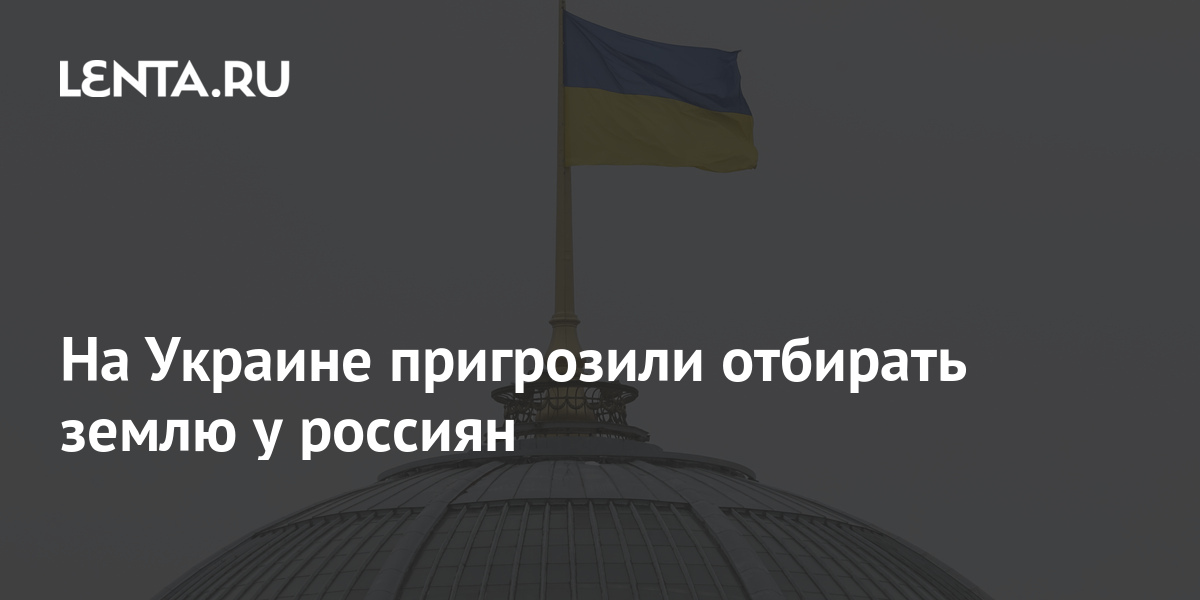 Deputy Head of the Ministry of Economy of Ukraine Taras Vysotsky said that the transactions on the acquisition of Ukrainian land by the Russians would be monitored, and the plots would be confiscated. He stated this on the air of the TV channel “Dom”, reports RIA News…

The official threatened that Russian citizens would not be able to purchase Ukrainian land, as this is prohibited. “If they somehow try to bypass the law, to formalize transactions through the Ukrainians, we will monitor this,” Vysotsky said, adding that if this fact is recorded, it is possible to simply take away the land.

As an additional check before closing the deal, the sources of funds with which the buyer pays will be carefully analyzed, the representative of the Ministry of Economy of Ukraine concluded.

Earlier, the leader of the Batkivshchyna party, Yulia Tymoshenko, warned fellow citizens about “reprisals against Ukraine” during her speech in the Verkhovna Rada. According to the politician, from July 1, “a tragic time” is coming for the country, since the law comes into effect, canceling the moratorium on the sale of land.

At the end of March 2020, the Verkhovna Rada adopted a law that, from July 1, 2021, permits the sale to individuals, citizens of Ukraine, of land in an amount of no more than 100 hectares in one hand. From 2024, Ukrainian legal entities will be able to acquire agricultural land, but no more than 10 thousand hectares for each.