In Ukraine, they predicted the lifting of European sanctions against Russia due to the mistake of Kiev 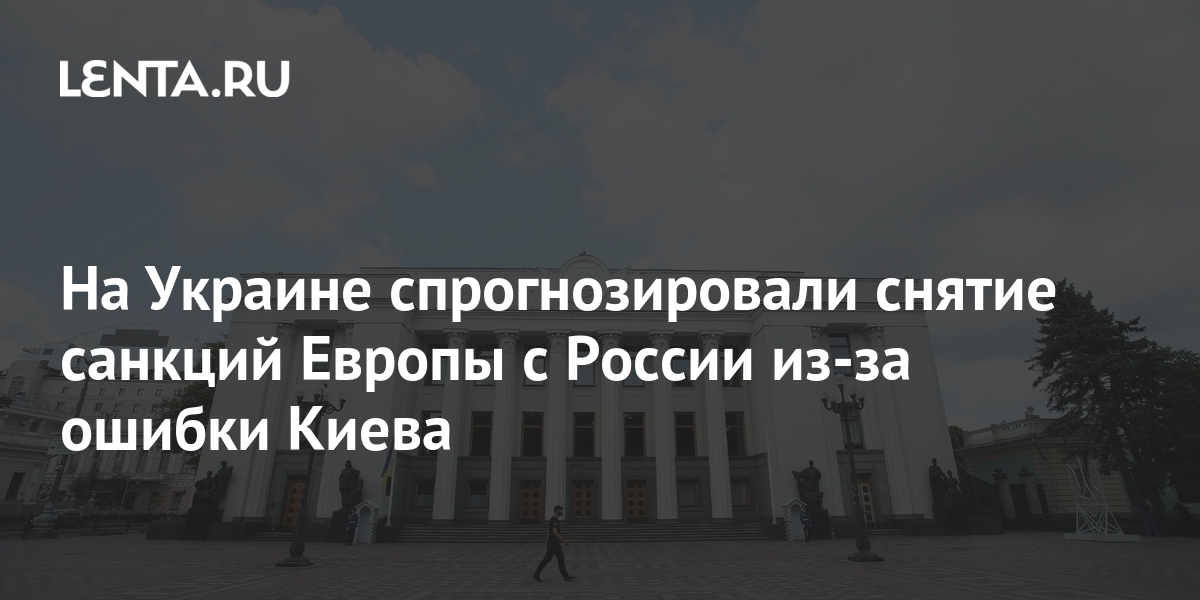 Former deputy of the Verkhovna Rada, Yevgeny Muraev, on the air of the Nash TV channel suggested that Europe could soon lift sanctions against Russia because of Kiev’s mistake. It is reported by RIA News…

The politician believes that this decision of the Western leaders may be prompted by Ukraine’s refusal to comply with the Minsk agreements. He recalled that the country’s President Volodymyr Zelensky never carried out a constitutional reform, which involves the decentralization of power and the adoption of a permanent law on the special status of Donbass.

“The law on amnesty has not been made either, elections have not been held in Donbass,” Muraev said. He added that the sanctions against Russia have hit the European Union’s producers, who are receiving “tens of billions” less.

“Why do European taxpayers who vote for political parties, including the party [канцлера ФРГ Ангелы] Merkel, should they incur losses, and their power should not act? Believe me, they don’t care about Ukraine, ”the politician said.

On July 12, the European Union extended by six months the economic sanctions against Russia imposed due to the situation in Ukraine. The sanctions will remain in effect until January 31, 2022. It is reported that the decision was made following an assessment of the implementation of the Minsk agreements.