In Ukraine, they offered to take away part of the shares of “Nord Stream 2” 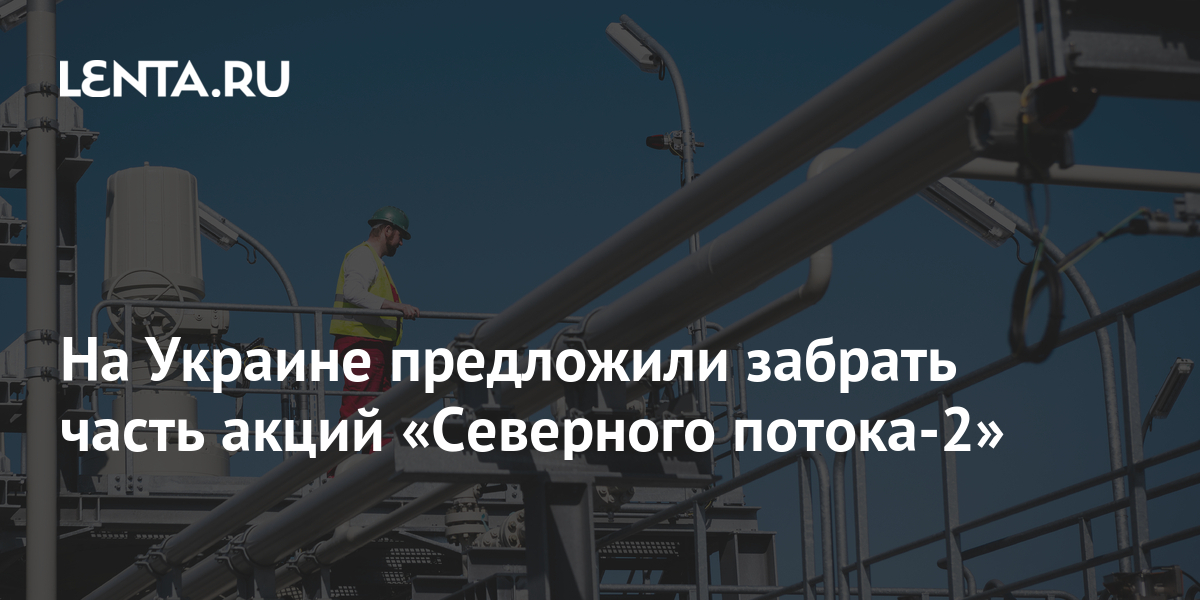 Ukraine will be able to make money on the Nord Stream-2 gas pipeline if, after the gas pipeline is launched, a part of the operator’s shares is transferred to it. This was announced on the air of the First Independent TV channel by Ukrainian political scientist, director of the Institute for Analysis and Management of Politics Ruslan Bortnik, reports RIA News…

“We understand that Nord Stream 2 can be more profitable for you. Let us, because we are losing, this is a political issue, let us make Ukraine a co-owner, give us five-seven-ten percent so that we can compensate for our losses, ”he said.

Bortnik noted that this option “is possible until the gas pipeline is launched.”

On the eve of the head of the Ministry of Foreign Affairs of Ukraine Dmitry Kuleba announced Kiev’s readiness to negotiate with the United States on compensation in the event of the launch of Nord Stream-2. According to him, Washington’s determination to compensate for the losses to Ukraine “has grown significantly”, and Kiev is ready to consider a corresponding proposal. “But we will not necessarily agree to what we will be offered,” he said, noting that the gas pipeline poses a “security threat” for Ukraine.

Earlier, the adviser to the Minister of Energy of Ukraine Olena Zerkal called a way to fight the Nord Stream-2 gas pipeline. In her opinion, Kiev should voice a strategic proposal to the West in order to put pressure on Moscow and, in particular, on the project itself. According to the official, the European Union is able to protect the interests of Ukraine, and Kiev’s partners can use their geopolitical tools to restrict the use of Nord Stream 2. Therefore, she believes, Ukraine should unite with some European countries, since they “suffer colossal losses” from the pipeline.

On June 10, the operator Nord Stream 2 AG reported that the construction of the first string of the Nord Stream 2 gas pipeline has been completed. The company noted that the pipe-laying was completed on June 4, and an overlap was made on June 10 – the offshore sections of the gas pipeline laid from the side of Russia and Germany were interconnected. Pipe-laying work on the offshore section of the second string is still ongoing.

Initially, the launch of Nord Stream 2 was scheduled for the end of 2019, but due to US sanctions it had to be postponed several times. Russian President Vladimir Putin said in June that the completion of the second branch of the pipeline would take place in one and a half to two months. The first line began to be filled with gas already on June 11.