In Ukraine, they named a way to avoid war with Russia 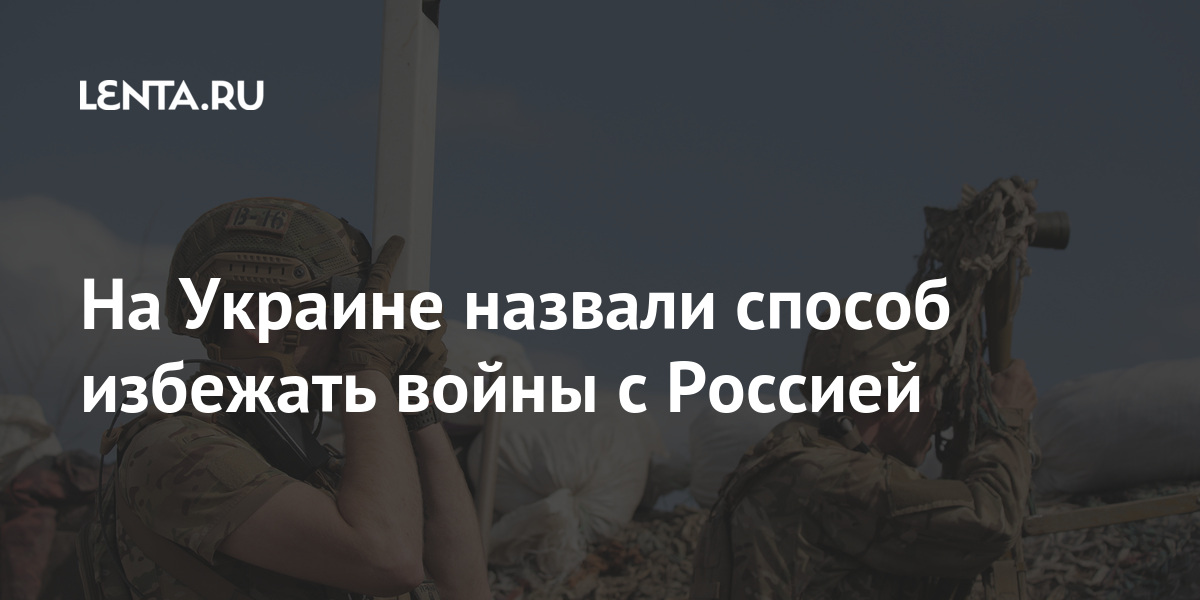 Former head of the Security Service of Ukraine, ex-head of the Main Directorate of Military Intelligence of the Ministry of Defense Igor Smeshko called a way to avoid a war with Russia. This is reported by the portal “Gordon”.

According to Smeshko, Russia can send troops to Ukraine if “it can sell for its people and the world community, primarily in Europe, that it will be an operation to enforce peace.” “If we do not give a reason, there is a possibility of avoiding a conflict,” the ex-head of the SBU assured.

Ukraine must “do everything to prevent the provocation from being used for an attack,” Smeshko said. It is necessary to suppress all talk about the return of control over Donbass by military means, he said.

“This is direct assistance to the aggressor and the opportunity to translate military capabilities into political ones,” the former head of the SBU said. “Our armed forces in the current situation are completely incapable of liberating the territory.”

In recent weeks, the situation in Donbass has escalated. Kiev and the self-proclaimed republics accuse each other of violating the ceasefire. Ukraine claims that Russia is building up its military presence in the region and pulling troops to the border. Donetsk states that the armed conflict is beneficial to the Ukrainian leadership.

Transport Balance of the police power surveillance week: hundreds slammed the cell phone behind the wheel, seat belt open by more than a thousand