In Ukraine, plans to “recapture” Donbass were revealed 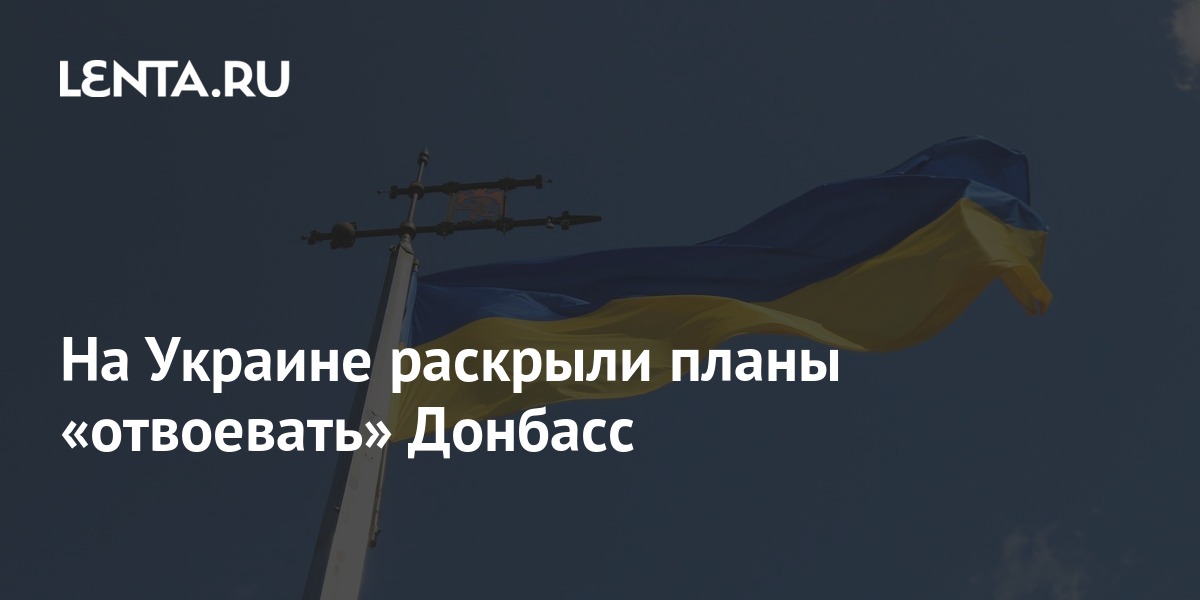 Oleksiy Arestovich, an advisor to the Kiev delegation in the Trilateral Contact Group, revealed on the air of the Nash TV channel Ukraine’s plan to “recapture” Donbass. The broadcast is available on Youtube…

He noted that the country’s armed forces are technically capable of forcibly seizing the region, but they do not go for it for humanitarian and political reasons. In the event of a conflict, the Ukrainian army will capture large cities, cut off Donetsk and Lugansk from the Russian border and launch an artillery attack.

We will be able to recapture Donbass, even if the Russian Federation reacts and leads its troops, at least we can liberate part of the territories

Arestovich also noted that Ukraine is not obliged to comply with the Minsk agreements. He said that everyone considers them uncontested, but this is not so. The agreements, he said, are the goodwill of the parties, this is an international legal treaty that does not have a binding character and does not have legal consequences in case of its failure.

Earlier, the head of the Ukrainian delegation to the Trilateral Contact Group, Leonid Kravchuk, said that the decision on the United States joining the Normandy format negotiations to resolve the situation in Donbass would most likely be made following the visit of Ukrainian President Volodymyr Zelenskyy to Washington. At the moment, the “Norman Four” includes Russia, Ukraine, Germany and France.

Deputy Foreign Minister Sergei Ryabkov, in turn, named the condition for the United States to join the settlement in Ukraine. This is possible if Washington can push Kiev to implement the Minsk agreements. The diplomat added that with the current approach, “the Americans have nothing to do there.”

Analyst of the Democratic Initiatives Foundation Maria Zolkina on the air Youtube-channel “Ukrlife.tv” said that the holding of the promised referendum on Donbass by the President of Ukraine Volodymyr Zelensky could be “extremely destructive” for the country. In her opinion, the authorities can make a decision on the region on their own, but they do not want to do this and are trying to share responsibility.

Because this is some kind of political infantilism. What will we do then, for what, and what will we do with the results later? The consequences of such populism can be very destructive for Ukraine.

According to Zolkina, a referendum always reveals differences in society and divides. She expressed confidence that the existing contradictions after the popular vote will turn into division lines and break Ukraine into agreeable and dissenting regions, since in the south of the country “readiness to compromise with Russia” is higher than in the center and in the west.
Zolkina noted that this referendum, like any other, will split the Ukrainian society, which is extremely dangerous for the country.

The West has been promising Kiev to join NATO for 13 years. What prevents Ukraine from being accepted into the military bloc?

On June 24, Zelensky said that if none of the options for resolving the conflict in Donbass works, the question of readiness to sever all ties with the region will be submitted to a referendum. He stressed that the decision to launch such a plan should be made by the people of Ukraine. According to him, if any alternative agreements with the United States, with Russia and, in parallel, in the Normandy format do not work out, then Ukrainian citizens will vote for breaking off relations.

Press Secretary of the Russian President Dmitry Peskov, commenting on the idea of ​​a referendum in Ukraine on a “wall” with Donbass, noted that the Kremlin regrets if Kiev decided de jure to sever ties with the region. He added that de facto these regions were “torn away by the Ukrainian state.”