In Ukraine, a very high-quality deception of Zelensky was revealed 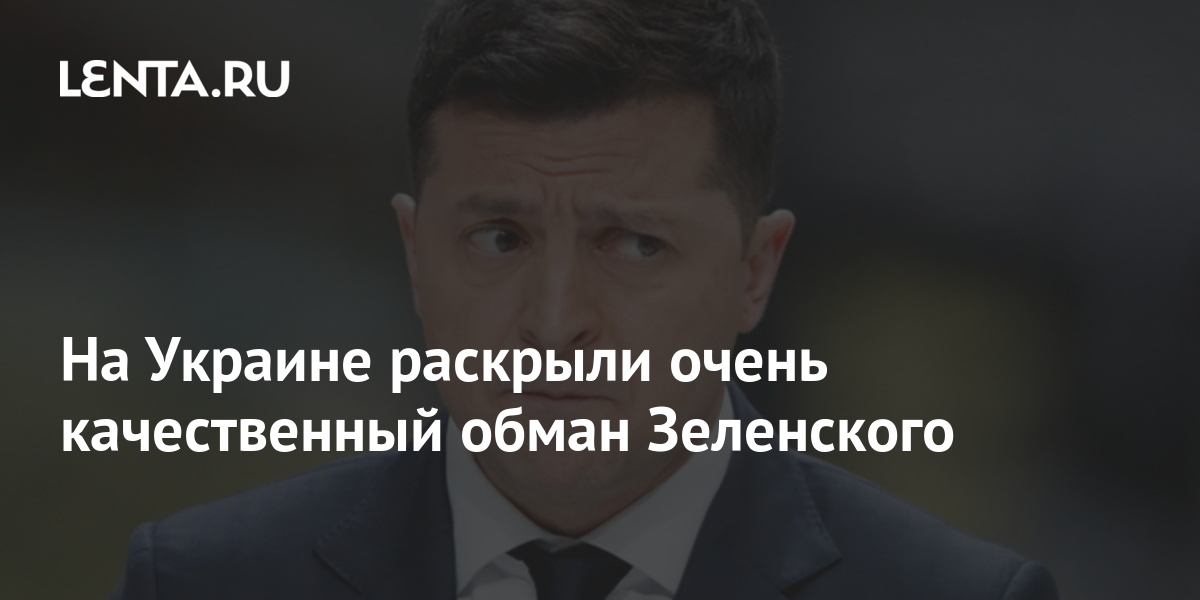 Former deputy of the Verkhovna Rada Yevgeny Muraev said on the air of the NASH TV channel that the Ukrainians made a big mistake by electing Volodymyr Zelenskyy as president of the country. It is reported by RIA News…

In his opinion, Zelensky managed to deceive the Ukrainian people. “[Бывший президент Украины Петр] Poroshenko said that Zelensky is a pig in a poke. But I would say in the words of a classic: “This is a cloud in the pants.” You and I were very wrong, we were deceived very qualitatively, ”the politician said.

Muraev added that a significant role in this was played by the Servant of the People series, with the main character of which the Ukrainian leader tried to associate himself.

The politician called on the citizens of Ukraine to unite and help each other, since the state led by Zelensky “is not about people, rights and freedoms, peace and friendship with neighbors.”

Previously, sociologists named the chances of Vladimir Zelensky to win the new presidential elections. According to a poll conducted by the Ukrainian Institute for the Future and New Image Marketing Group, if the first round of elections took place in the near future, Zelensky would be supported by 30 percent of Ukrainians who intend to vote and have made their choice.