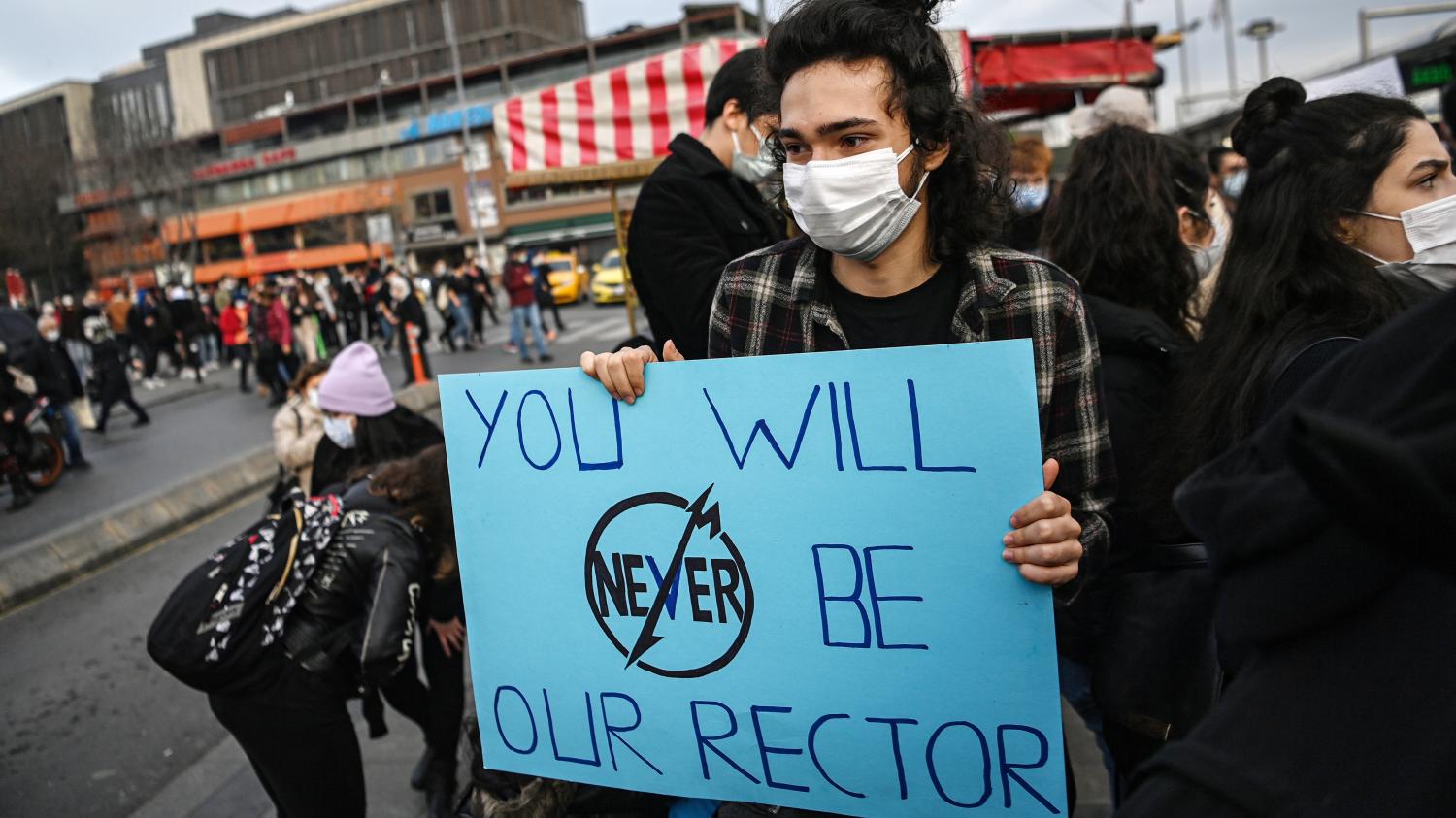 This university is Bogazici, the University of the Bosphorus. A prestigious establishment located in one of the richest districts of Istanbul, on the European side. It is sometimes called “the Harvard of Turkey”. All classes are given in English, its students are the future intellectual elite of the country.

On January 1, a new rector was appointed. For the first time in 40 years, he did not come from the ranks of teachers: Melih Bulu was appointed by presidential decree, without election or consultation. And that’s the spark.

Turkey: big unease on the air. Contested for his links with the regime, the new rector of the University of the Bosporus Melih Bulu declares to have abandoned “active politics” in 2009 … but the journalist recalls that he was an AKP candidate in 2015pic.twitter.com/pVdF0b8jm7

Until now, the University of the Bosphorus had been spared what the Head of State calls a “total educational reform “, in other words a placement under guardianship.

After the failed coup of 2016, Recep Tayyip Erdogan indeed arrogated to himself the right to place the person of his choice at the head of public and private universities. Gradually, methodically, around twenty people close to the ruling party were parachuted into key positions to silence critical voices.

In this case, not only is the new rector of Bogazici an influential member of the AKP, the president’s party (he even tried to be elected deputy), but in addition some members of the opposition accuse him of plagiarizing her doctorate – basically not being up to par.

Below is the press release from the teachers of the Istanbul Bosphorus University whose rector was appointed * without election * by Erdogan, against the regulations and for the first time after the military coup of 1980. # KayyumRektorİstemiyoruz #bogaziciuniversitesi pic.twitter.com/7uHTyrC5QG

Since the beginning of the week, students and teachers at the University of the Bosphorus have been demonstrating, publishing forums, launching petitions to denounce a violation of the democratic values ​​of the university. They went to broadcast tracks from the band Metallica under the rector’s windows, including the song Master of puppets (“Puppet master”).

The response from the authorities was brutal. Since Tuesday, January 5, there have been at least 36 arrests. Police officers equipped with assault rifles raided various neighborhoods in Istanbul in the early hours to collect students from their homes.

The leader of an ultranationalist party, political partner of the Head of State, asked “to crush“this movement, qualified as”conspiracy to provoke an uprising“.

It must be said that the authorities do not like the University of the Bosphorus, bastion of a strong community of left-wing students. Two years ago, young people were arrested for demonstrating against the Turkish military intervention in Syria. Recep Tayyip Erdogan publicly called them “communist and terrorist youth “.

It’s hard to imagine that power will retreat … Since 2016, more than 6,000 teachers have been dismissed by decree for alleged links with terrorism. Even the choice of thesis subjects becomes difficult. Last year, for example, the head of state closed a university because its founder, the former prime minister, had left the AKP to create his own party.

Not sure in any case that this file contributes to facilitate the rapprochement of Turkey with France … While yesterday the Turkish Foreign Minister announced – against all expectations – that his country was ready to “normalize reports“with Paris.

Blondes, sadists and torturers: Ravensbrück, the Nazi camp where horror was in charge of women