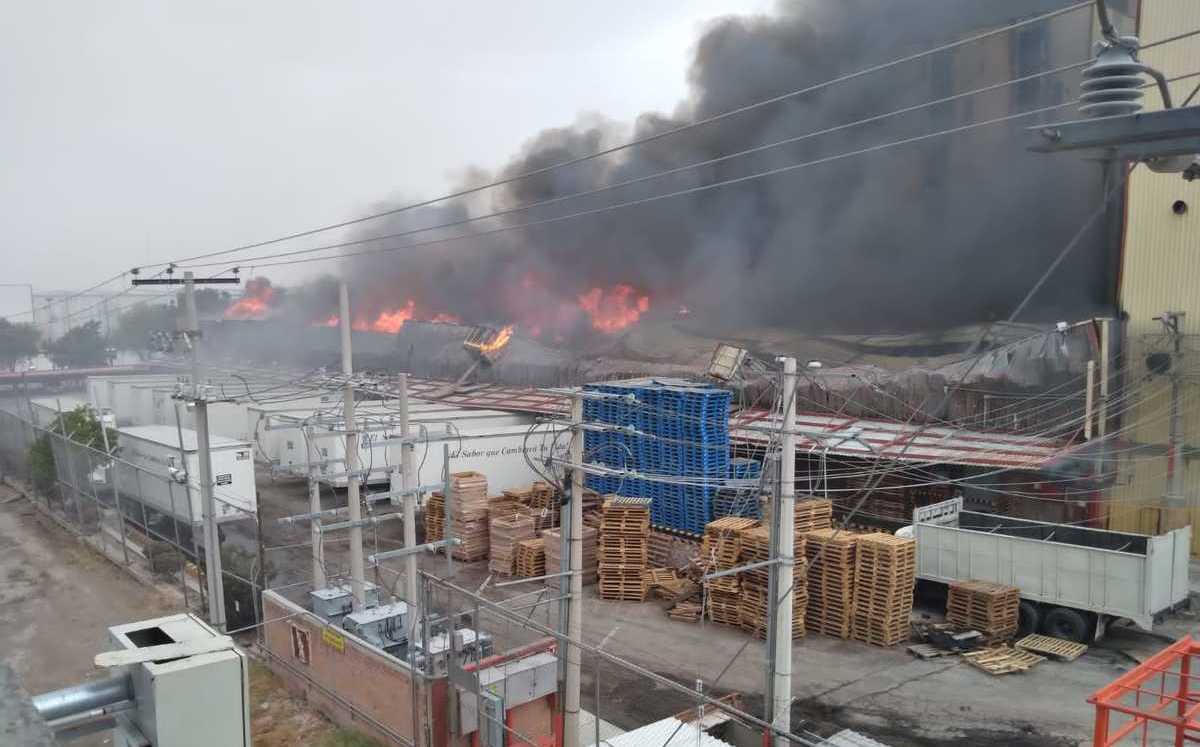 Around 3:00 p.m. on this Marss there was a fire inside a coffee factory in the Industrial City of Torreón, where the fire reached a warehouse of more than 500 square meters and an office area.

The first reports of what happened suggest that a short circuit occurred in an electrical installation within a coffee production and storage area, which got out of control despite the efforts of the staff to douse the flames.

The authorities were immediately informed about the accident that occurred in the company located on Gómez Torres and Joaquín Serrano streets of the Industrial City, in which they activated the evacuation protocols.

Elements of Civil Protection and Firefighters from Torreón attended the place as the first respondent, who requested support from the emergency corporations of the municipality of Gómez Palacio and from companies in the region, to put out as soon as possible the fire that spread throughout practically the entire company.

The presence of wind in La Laguna became an enemy for the Civil Protection and Firefighters elements, since it is a factor that fuels the fire and makes it difficult to suffocate.

Employees were evacuated and guided to meet in a safe area outside the company, who did not believe what they saw, their workplace was completely burned.

“Yes it is sad, of course“One of the workers commented to her partner as they passed through the cordoned off area.

Paramedics came to the site to attend to workers who required attention for possible smoke inhalation, whose health status was checked and oxygen was supplied if necessary.

Until now, the work continues with the participation of around 150 emergency elements, with the situation under control awaiting a ruling that reveals the possible causes that generated the accident.