In their first meeting, Joe Biden and Boris Johnson agreed to sign a new Atlantic Charter 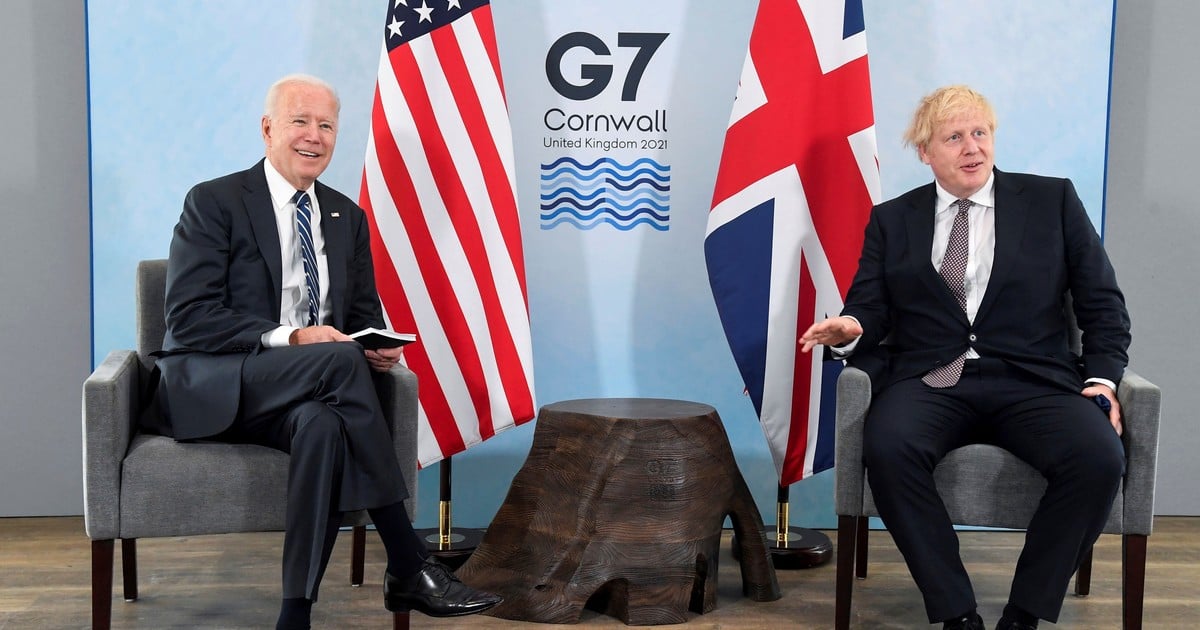 The president of the United States, Joe Biden, and the British Prime Minister, Boris Johnson, signed this Thursday a new version of the Atlantic Charter, after the original of 1941, to manifest their common goals for the future and adapted to the challenges of the 21st century.

Both managers signed the new version of the document in Carbis Bay (Cornwall, south-west of the United Kingdom) during the meeting they held this Thursday, before the start, on Friday, of the G7 summit, in the same place.

Let us remember that the Atlantic Charter was signed in 1941 by then-US and UK leaders Franklin Roosevelt and Winston Churchill, as a way to support their shared values, including the right to self-determination, and for people to live in freedom.

Joe Biden and Boris Johnson took a walk with their respective wives prior to the meeting between the two. Photo: AP

In the text, both countries reaffirmed their commitment assumed in the original letter. to support shared values and defend yourself against “new and old” challenges.

In his first overseas trip as president, Biden wants to assure European allies that the United States has shed the transactional tendencies of the Donald Trump period and It is once again a reliable partner.

Although there are tensions under the surface, the two leaders initially took a cordial tone.

“I told the prime minister that we have something in common. The two of us got married way above our class,” Biden said after a highly choreographed walk with their spouses.

Johnson laughed and said he wasn’t going to “disagree on that,” but then seemed to hint that he wanted to improve relations with his American counterpart.

“I’m not going to disagree with you on that,” Johnson said.

Differences on the horizon

The American president was a staunch opponent of Brexit, and he has expressed great concern for the future of Northern Ireland. And Biden once called Johnson a “physical and emotional clone” of Trump.

The British government has endeavored to overcome this impression by emphasizing the coincidences between the two in terms of climate change and support for international institutions. But Johnson, host of the Group of Seven summit that will follow his meeting with Biden, is furious about the lack of a new bilateral trade deal.

The two parties have emphasized that, publicly, the topic of the meeting between Biden and Johnson was to reaffirm ties between former allies. Biden will try to unite Western countries to reject Russian meddling and show that he can compete economically with China.

With information from the AP and EFE agencies