In the USA, the plane crashed on a car 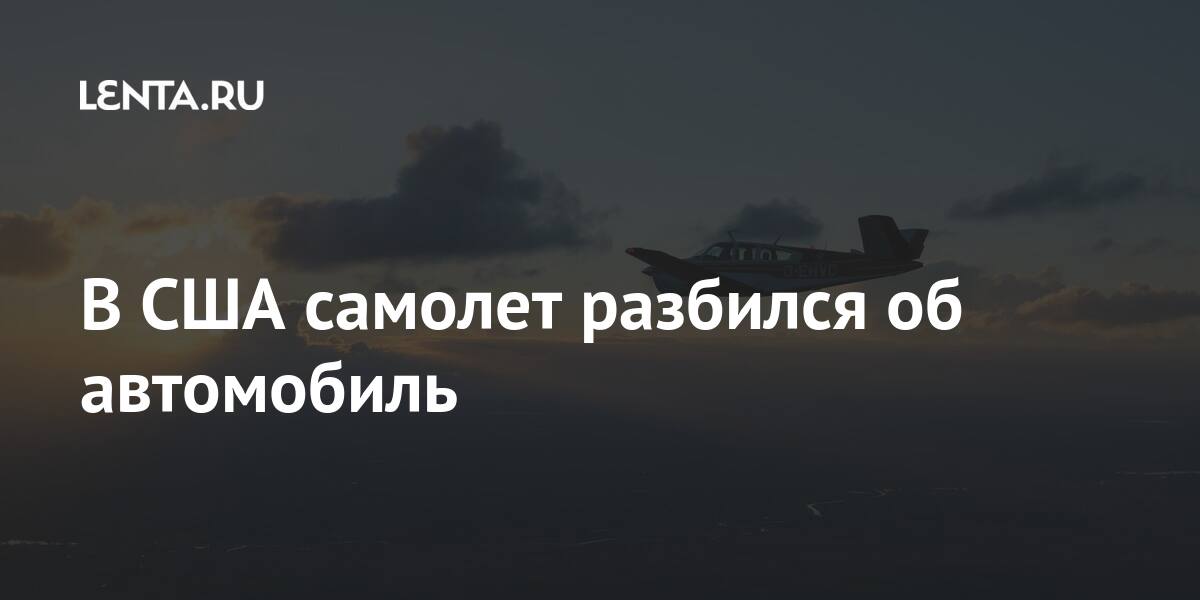 In the United States, a light-engine plane crashed on a car. This is reported by NBC Miami.

Florida state officials said a plane crashed into a car in Pembroke Pines. As a result of the accident, at least two people on board died. The driver and the child who were driving the car were injured and hospitalized. It is noted that the plane crashed shortly after takeoff from a local airfield. The reasons for the incident are still unknown.

Earlier it was reported that in Brazil, the pilot survived a plane crash in the Amazon jungle and was rescued only after a month of wandering. Antonio Sena, 36, has been reported missing since late January after taking off in his light-engined Cessna 210 from the city of Alenquer. The pilot was forced to make an emergency landing due to the breakdown of the vessel, almost immediately after landing, it caught fire.

Road cycling The world’s highest paid cyclist Earns 5.5 million euros a year – the salary is paid by a Finnish-led team

The natural parks offer guided routes for the holidays