In the United States, they offered to give discounts in stores to those vaccinated from COVID-19 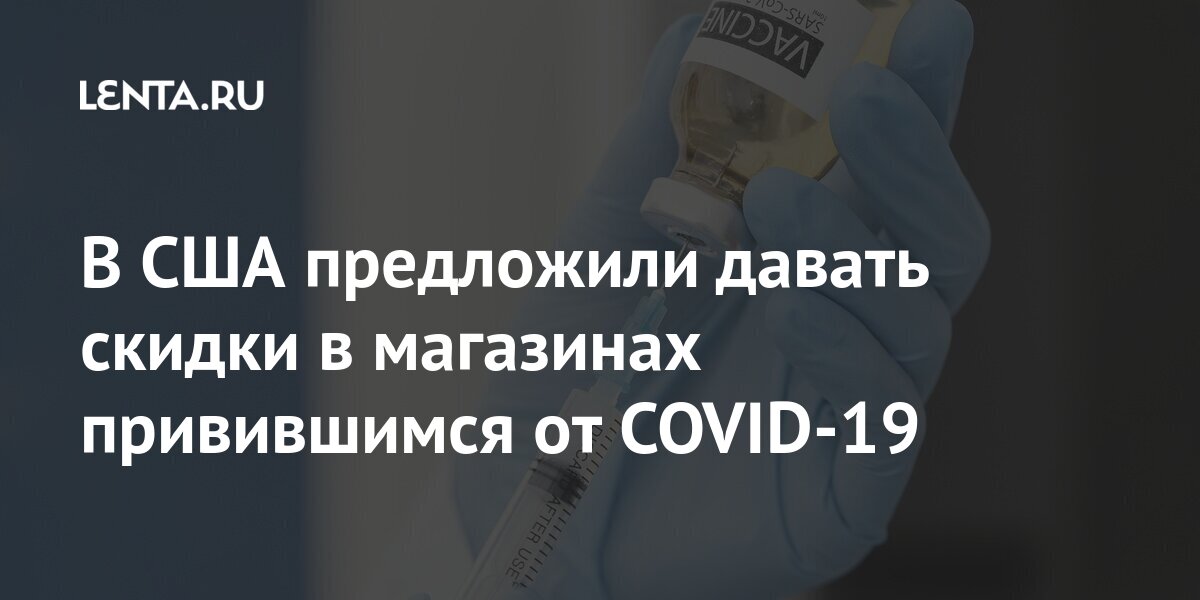 The United States is considering the issue of providing discounts in stores and when buying tickets for sports events for those vaccinated against the coronavirus, said US President Joe Biden, quoted by TASS…

“Now we want to offer the vaccine to those less willing. We know that millions of Americans need little incentive to get vaccinated, ”said the head of the White House.

He added that he called on employers to provide paid time for vaccinations and offered entrepreneurs preferential credit programs to compensate him. Biden thanked the businessmen who are ready to launch a new partnership to provide discounts for those who came to get the vaccine.

The head of state noted that now more than 105 million Americans have received both doses of the vaccine, among the elderly 85 percent have already received at least one component. The number of cases of infection has decreased in 40 states and the death rate in the older age group has decreased by 80 percent.

Biden expressed his intention to increase the availability of vaccinations for the population, the drug will be sent to remote places and poor areas, and small mobile vaccination points will be created. He set a goal to vaccinate 70 percent of the adult population by Independence Day, which is celebrated in the United States on July 4. According to the medical regulator CDC, 32 percent of all Americans are now fully vaccinated, with 43 percent receiving at least one dose.

In addition, once the FDA approves vaccines for 12-15 year olds, the vaccine campaign for this age group will begin immediately.

Experts previously interviewed by The New York Times questioned whether the United States would be able to achieve collective immunity to the coronavirus. They explained this by the numerous varieties of the virus and a significant number of those who do not want to be vaccinated.

Pensions: Combining the pension service period is one of the privileges associated with the retirement pensioner’s return to work