In the United States, they complained about a serious load on aviation due to the Russian Tu-95 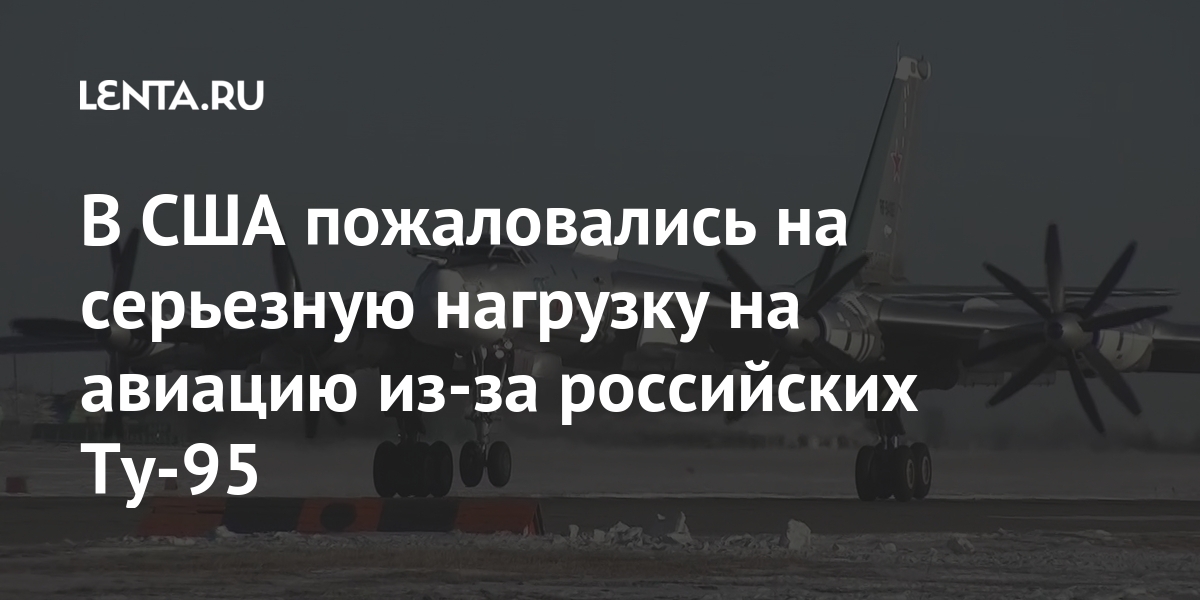 Units of the US Air Force (Air Force) are under serious pressure from the increased frequency of flights of Russian Tu-95s off the coast of Alaska. This is reported by Popular Mechanics.

Thus, according to the newspaper, in five years the number of interceptions of Russian aircraft near the coast of Alaska has grown sixfold: from 10 in 2015 to 60 in 2020. In most cases, flights of the Russian Aerospace Forces (VKS) in the buffer zone around the American state are training flights, in addition, they are carried out legally and do not violate US air borders. However, the military still have to raise their planes to escort Russian aircraft as part of the operation to protect the country’s airspace “Noble Eagle”, operating since September 11, 2001, complain to the US Air Force.

As Lieutenant David Kramm explained to 19FortyFive, the Americans usually have to use F-22 Raptor fighters, E-3 early warning aircraft, and tanker aircraft to intercept the Tu-95. Moreover, each such maneuver increases the load on American crews. Currently, the US Air Force command is already considering several options for how to facilitate the work of its pilots in Alaska. In particular, the possibility of sending F-16 fighters to the region is being studied, the characteristics of which will also allow intercepting the Tu-95.

In April, the head of the US Northern Command (NORTHCOM), Air Force General Glen Van Herk, revealed that Russian military aircraft circled for hours in the airspace near the borders of the American state of Alaska. He noted that the Russian military usually use several types of aircraft at once in the air defense identification zone of Alaska and make several calls.

Martínez Vidal: «Getting our citizens excited again is possible»

False beliefs about gas as a green fuel