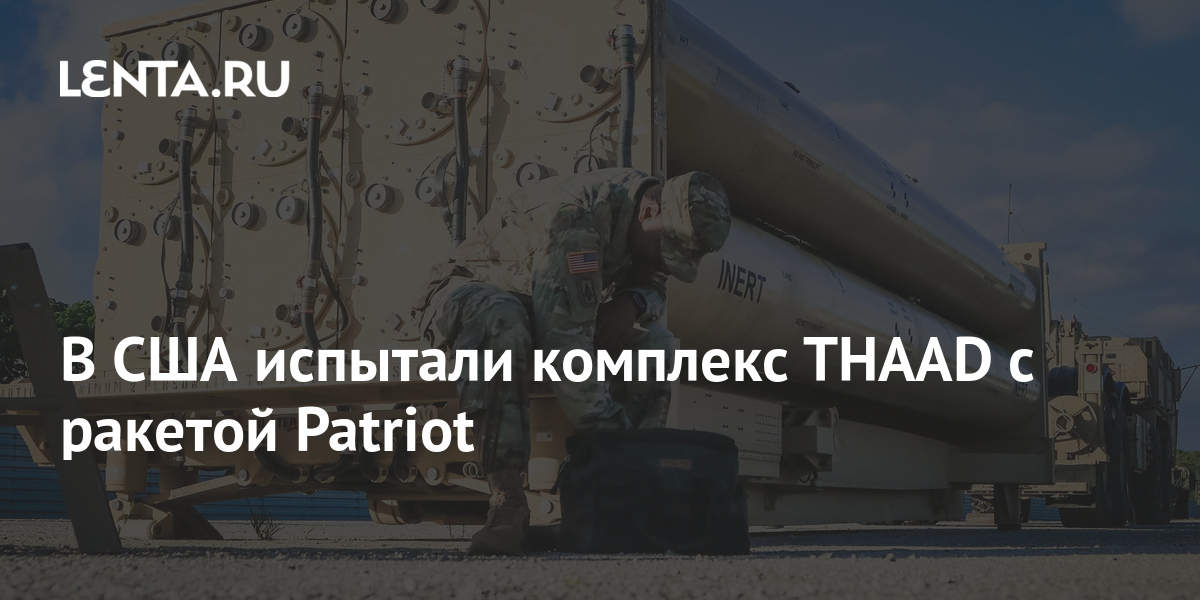 In the United States, the PAC-3 missile was used as part of the THAAD anti-missile system

The tests were carried out on February 24 at the White Sands missile range in New Mexico. The THAAD complex fired a PAC-3 missile at an aerial target simulator. The missile successfully self-destructed at the interception point.

Lockheed Martin stressed that the tests proved the possibility of using the PAC-3 as part of THAAD. The upgraded rocket received a new engine, which provides increased range and maneuverability of the ammunition. The first missiles entered service with the US military in 2015.

The THAAD ground-based anti-missile system is designed for high-altitude transatmospheric interception of medium-range missiles. The complex includes a command post, a radar station and a single-stage solid-propellant anti-missile.

In December, representatives of the Almaz-Antey concern compared the Russian Abakan complex with the American MIM-104 Patriot.

In November, Sina compared THAAD with the Russian S-400 Triumph. The publication noted the multitasking of the S-400.