In the United States, Republicans do not want to be vaccinated: they suggest that Trump convince them 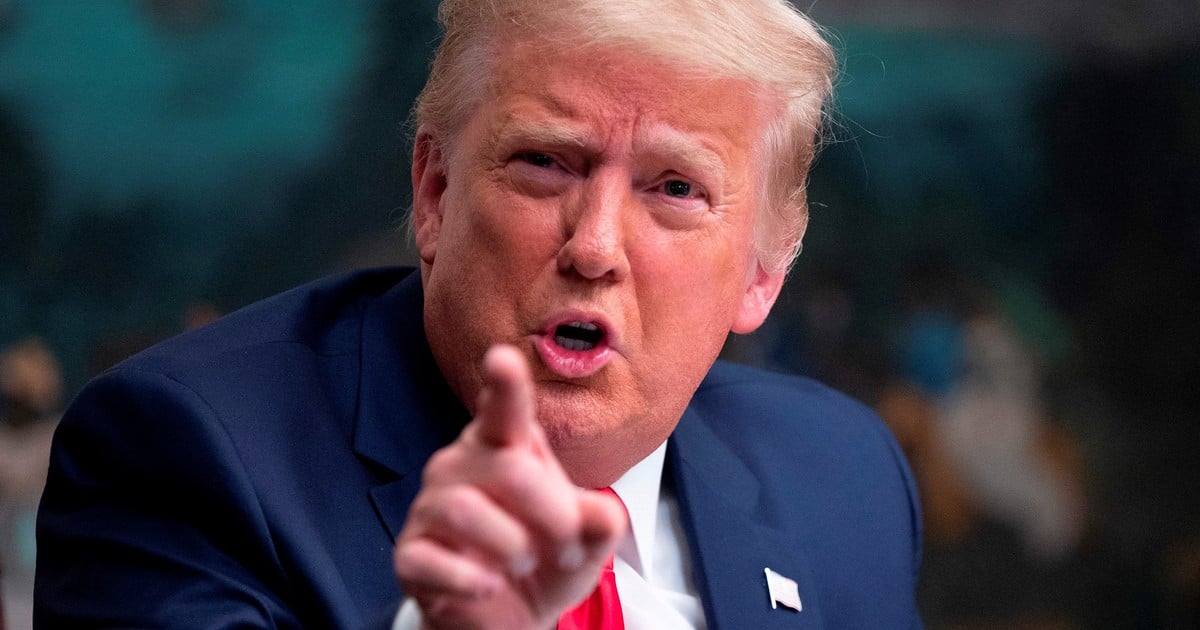 Political differences in the United States have an impact on the coronavirus vaccination campaign. Recently, a poll released this weekend revealed a major reluctance of Republican voters to get vaccinated.

Refusal to get vaccinated could complicate the goal of achieving herd immunity within the country, according to epidemiologists. According to the poll, 41% of Republican voters said they do not plan to get any of the three vaccines authorized in the United States (Pfizer, Moderna and Johnson & Johnson, which only require one dose).

The refusal to get vaccinated, especially among male Republicans, breaks with the planned patterns of the campaign for immunization. At the end of January, a million doses were administered per day and in a few weeks it has risen to 2.4 million injections a day, as the data from the first days of March are relieved.

Almost half of Republican voters refuse to be vaccinated against covid. Photo: AFP

At this rate, one year into the pandemic, 11.3% of the US population is immunized and one in three Americans has received their first vaccine.

No to the vaccine

Several sectors of the US population refuse to get vaccinated against the coronavirus. However, Republican voters remain the most skeptical to your results. The percentage rises to 49% for politically conservative men, according to polls by public media PBS and NPR. Among Democratic voters, only 10% of those surveyed indicated that they will not participate in vaccination drives.

The other demographic groups that are reluctant to get vaccinated are blacks and latinos (25% and 37% respectively) and have declared not to get the vaccine. So far, campaigns to overcome this resistance to vaccination in the United States have focused on these two groups.

These data have alarmed the White House. The Biden administration began to study how to reach a group very reluctant to its government, such as Republicans, but admits that it has little influence capacity.

White House Press Secretary Jen Psaki said: “We recognize that, as a Democratic government, with a Democratic president, we may not be the most effective messenger in communicating with former President Donald Trump’s most loyal supporters.”

Psaki stressed that they are working with leaders and civil society groups to get the message of the importance of receiving the vaccine against Covid-19 to achieve herd immunity.

Dr. Anthony Fauci, the country’s highest authority on epidemiology and an advisor to Joe Biden, says that the perfect candidate to convince Republicans would be former President Trump.

“If he came out and said ‘go get vaccinated, it’s very important to your health, your family and the country,’ it would almost inevitably be that most of his followers would listen to him,” he said on Fox News. And he added: “You have to separate politics from things that are common sense from the point of view of public health.”

It is not clear yet whether former President Donald Trump will lend himself to campaign for vaccination.

Trump is the only former president who I do not participate of the advertising campaign launched a few days ago in the United States.

Former US presidents were in favor of the vaccine, in a promotional campaign that Trump did not endorse. Photo: AP

While other former presidents such as Barack Obama, George Bush and Jimmy Carter were recorded and photographed receiving their injections, Trump was vaccinated in hiding in January, a few days before leaving the White House.

The news of Trump’s vaccination came out a few days ago, after the former president in an event with conservative voters encouraged Americans to get vaccinated for the first time. So far, that was its only manifestation in favor of the vaccine.

“This is not the time to relax”

Although it is being a very agile vaccination campaign in the United States, with quite high numbers of inoculated, the White House wants to avoid falling into triumphant speeches: “This is not the time to relax,” insisted yesterday the director of the Center for Disease Control (CDC), Rochelle Walensky. “We have seen images of people on their spring break without a mask,” said Walensky, who considered the rallies that Europe is registering as equally worrying “for lowering its guard.”

But access to vaccines, the fall in infections and deaths from coronavirus and the fatigue accumulated by more than a year of pandemic, make many Americans break with security protocols, stop using masks, just at a time when that several States have relaxed restrictions on public roads.

And despite the CDC continuing to advise vaccinated people to avoid travel, last weekend the number of air travel reached levels prior to the start of the pandemic for the first time.