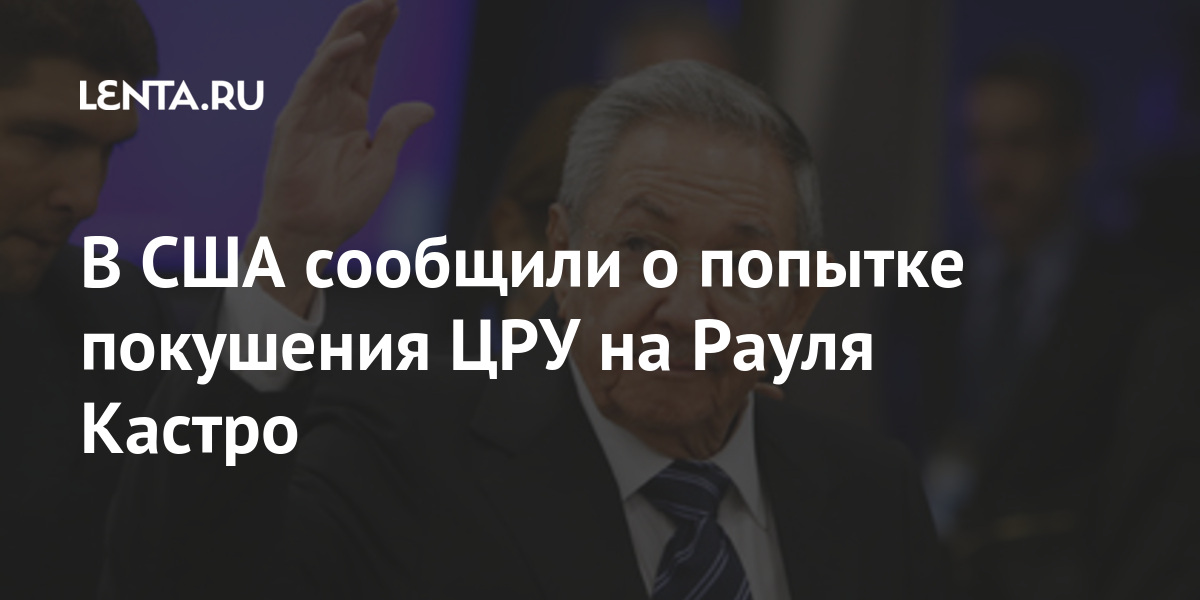 CIA officers in 1960 were preparing an attempt on the life of the Cuban politician Raul Castro, this is reported on website National Security Archives at George Washington University.

According to declassified documents, senior officials offered the pilot of the plane carrying Castro from Prague to Havana ten thousand dollars after the successful completion of the operation. The pilot had to try to orchestrate a plane crash.

He asked the US authorities to take care of his sons if he himself died. Later, CIA officers in Havana received a telegram canceling the plan, but the pilot did not know about it. However, on his return, he said that he did not have “the opportunity to arrange an accident.”

Earlier it was reported that the first secretary of the Central Committee of the Communist Party of Cuba, Raul Castro, is going to leave his post. His position is expected to pass to his successor on April 19. Thus, Cuba will end the long-term reign of the Castro brothers, who came to power in 1959.

Raul Castro is the younger brother of the revolutionary Fidel Castro. He served as head of state from 2008 to 2018. Since 2011, the politician has headed the Central Committee of the Communist Party. After the victory of the revolution in 1959, Raul Castro was Minister of War for 50 years.

Ramos .. "The adventure" ended with the "Real"!

Diego Dibós returns to music after beating COVID-19: Let’s go with everything!