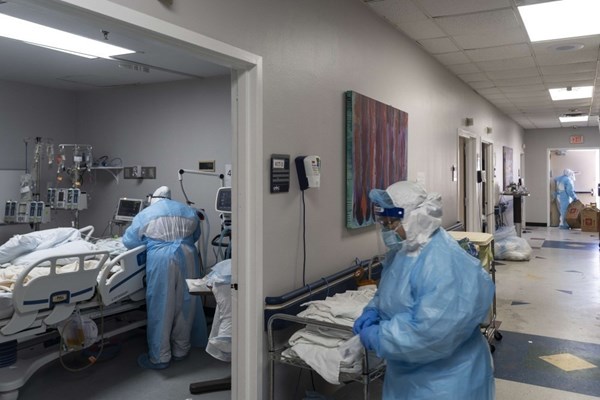 Brazilian President Jair Bolsonaro announced his intention to appoint Doctor Marcelo Quiroga as Minister of Health in the government, who is the fourth person to hold this position since the outbreak of the Covid-19 pandemic, with the deterioration of the health system in the country and the significant increase in the number of injuries.
“It has now been decided to appoint Doctor Marcelo Quiroga as Minister of Health,” Bolsonaro said during a meeting with his supporters at the Alvorada presidential palace, adding that the transition process with the current minister, Eduardo Pazuelo, would “take from a week to two.”
It is scheduled to finalize the reshuffle on Tuesday.
Bolsonaro revealed his decision after holding a meeting with Quiroga, and hours after a press conference by Pazuelo, in which he said that the president was seeking to replace him in order to “reorganize” the ministry.
Bolsonaro indicated that his meeting with Quiroga was “excellent”, and that the president of the Brazilian Cardiologists Association “in my opinion has everything to do a good job, while continuing what Pazuelo has accomplished to this day.”
The appointment of Quiroga comes with harsh criticism of the Bolsonaro government because of the chaos in dealing with the pandemic and the denial of the magnitude of the crisis.
“From now on, we will move to a more ferocious stage in the fight against the virus,” Bolsonaro said.

Before leaving his post, Pazuelo announced that the government had entered into a contract to purchase 100 million doses of the Pfizer-Bionic vaccine, to be received in September, in addition to the 38 million doses of Johnson & Johnson, a one-time vaccine, expected to reach the country in the second half of 2021. .

Coronavirus Children under the age of 10 do a corona test for themselves on video, and this is the daily life of more and more children in Germany

Samburskaya spoke about the use of tape when filming sex scenes