In the team, the champion of the UFC from China reacted to the words about the fight against the red 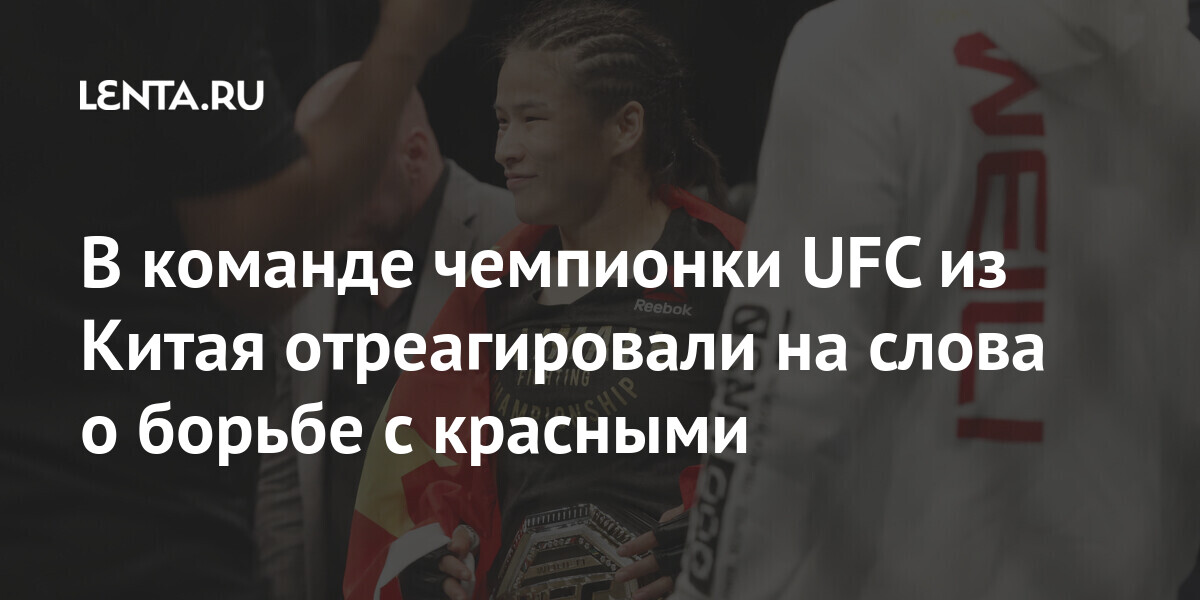 In the team of Chinese female mixed martial artist (MMA) Zhang Weili, they reacted to the words of American Rose Namayunas about fighting the Reds. Reported by the South China Morning Post.

The coach of the Chinese woman Ruben Payan admitted that the Weili team got acquainted with the comments of Namayunas. “We are not getting involved in this soap opera. We’re too focused on the fight. The words of Namayunas were not even discussed in the team. Alas, we have no emotional assessment, ”he said.

Namayunas and Zhang will face off at the Ultimate Fighting Championship (UFC) tournament on April 25. An American of Lithuanian descent admitted that the confrontation with an athlete from China is fundamental for her for political reasons. Speaking to a Lithuanian journalist, she echoed the Cold War expression “it’s better to be dead than red,” which caused a mixed reaction from fans. Zhang is the reigning UFC champion and the first belt holder from China.

For Ricardo López Murphy, no governor will comply with the latest restrictions