In the pool, an 11-year-old Russian woman was almost sucked into a water filter 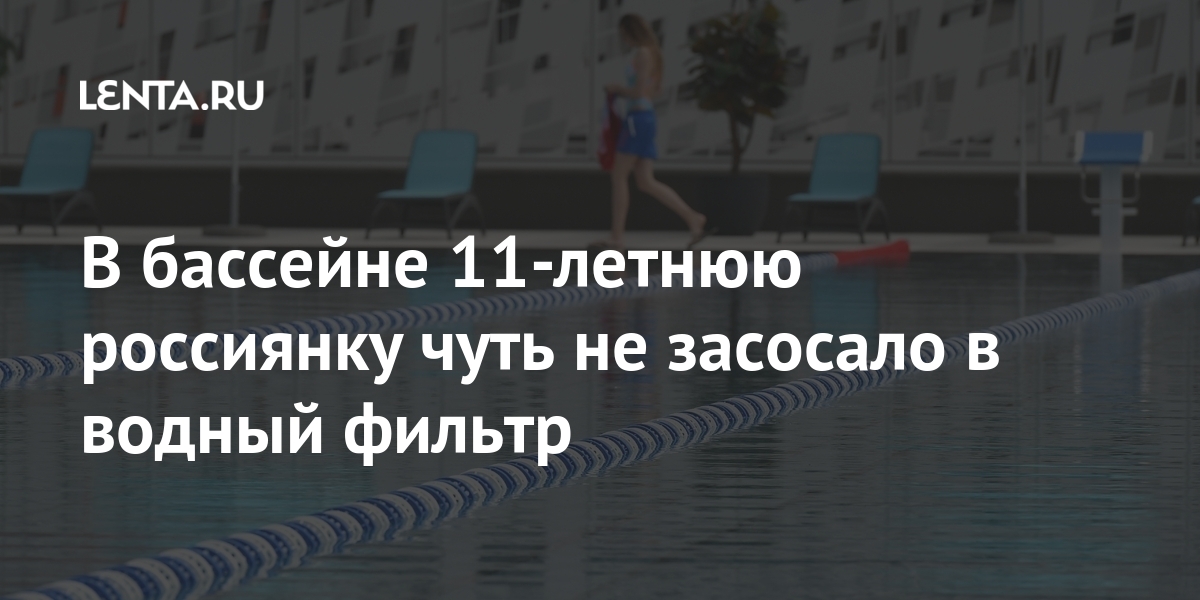 An 11-year-old girl almost drowned in the Sochi swimming pool – the child’s hair was sucked into the hole of the water filter used to change the water while bathing. It is reported by “Komsomolskaya Pravda”.

The incident took place at a hotel located in the Imereti Valley. At the time of the incident, the parents were not with the child.

The girl could not free herself on her own – she waved her arms and drowned, which attracted the attention of other visitors to the pool. The eyewitnesses who responded in a timely manner managed to rescue the child and called an ambulance to the place. The arriving doctors prescribed outpatient treatment and reported the incident to the police.

The law enforcement agencies noted that they are already checking and establishing all the circumstances of the incident.

Earlier in January, it was reported that a 15-year-old teenager dived with friends into a popular tourist body of water in Australia and suddenly disappeared. It was clarified that the boy jumped from a cliff into the Georges River basin in the Sydney area and did not float to the surface of the water. Rescuers, policemen and medics were called to the scene and searched for the missing child for several hours. Towards evening, they managed to pull out the body of a teenager without signs of life from the reservoir.