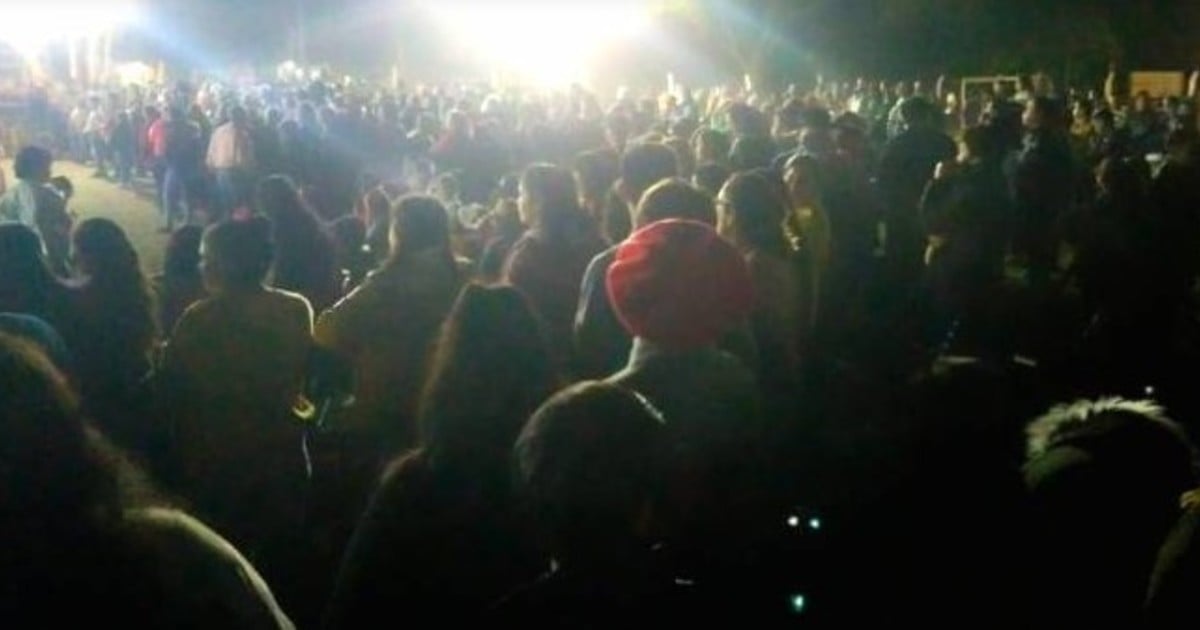 On the same day that two new coronavirus infections were reported in the city -29 in the last week-, the Municipality of Ituzaingó, Corrientes, organized a chamamecero festival attended by more than 2,000 people, violating the most basic precautions to avoid the spread of the virus that and caused more than 105,000 deaths in the country.

As part of the program “Ituzaingó is chamamé”, From the Directorate of Culture and Education they used social networks to summon all those people who wanted to participate in the festival, either to dance, or to choose the city’s new talents.

The massive show took place this Sunday from 6 pm on the María Negra court, in the Bernardino Valle neighborhood, where hundreds of people were without a mask and did not maintain a safe distance to avoid contagion.

The Municipality also added to the event an extremely dangerous slogan: “For August, cane with rue to scare away the bug, as tradition says!”.

It is a deeply rooted custom in the region to consume three shots of cane with rue on an empty stomach every August 1st to ward off diseases mainly associated with low temperatures. But it is clear that associating the ethyl concoction with the generation of antibodies against Covid 19 is a great irresponsibility.

Sunday was not the first chamamecero festival that the Municipality of Ituzaingó organized in the midst of a pandemic. The previous weekends there were also similar shows in other neighborhoods, but since only local artists participated, the call was much smaller.

The presence of the group “The Princes of Missions”Would have been the trigger for the massive public turnout. As a result, around 9:30 p.m., the Police arrived at the place and ended the festival. In addition, the Justice intervenes for violating the sanitary protocols established by the provincial and national governments.

In the videos filmed with cell phones that transcended, to pure sapucai, the traditional cry of the chamamé culture, it was proven that there was no care.

Local media confirmed that at the opening of the festival the mayor Eduardo Burna was there, who will seek his re-election on August 29, although this time outside the official Eco + Vamos Corrientes, who decided to promote the candidacy of the brother of Governor Gustavo Valdés.

In the last week, the city of Ituzaingó reported 29 cases of coronavirus, and in mid-July it was news due to the clandestine parties that were held in a country located very close to the border with Misiones.

When those events with live music bands emerged, Burna had taken to social media to repudiate those mass gatherings. “Those who organize and participate in these meetings, in addition to act irresponsiblyThey do it behind the back of the authorities and expose themselves to sanctions and the risk of contracting the disease, ”he said at the time.

“The freedom of people and the use made of rights, as well as the consequences of acts are the responsibility of the people. It is not in the spirit of the municipal authorities to turn our city into a police state because of a group of irresponsible people, “he said.

Then, Burna reaffirmed his “commitment to compliance with all health regulations that guarantee the care and prevention of infections in our community.”

Latest news and rumors of the transfer market: Dzeko, Messi, Mbappé and more