In the City they enroll 55+: how to sign up and how much time the youngest need to get vaccinated 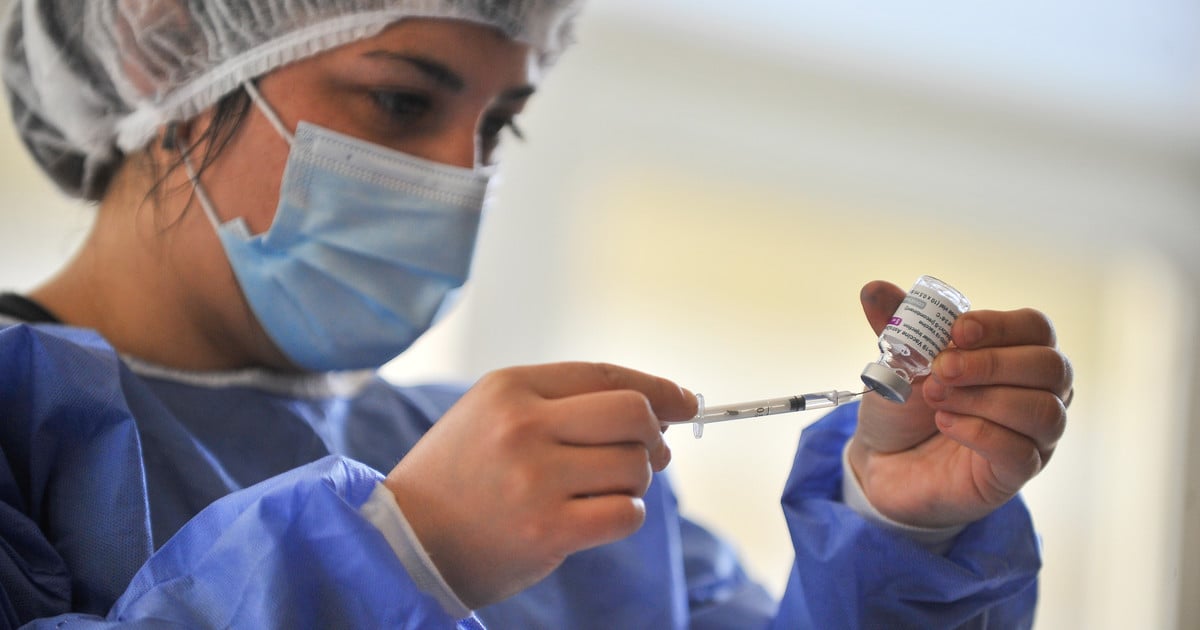 Although a part of the considered group still needs to be vaccinated priority, the City of Buenos Aires will advance in the immunization of the general population as of today with the registration of the first group not considered to be of “risk”. Who have over 55 They will be able to register to await their vaccination turn in the next few days. And as announced on Thursday by the Head of Government, Horacio Rodríguez Larreta, next week the registration of those who have more than 50.

The acceleration in the rate of vaccination, product of the arrival of doses between the end of May and the beginning of June, seems to be stabilizing for the first time since the beginning of the year. And if it is established between 4 and 5 million doses per month, as it seems that it will happen in June, according to the information of the national government, which anticipated arrivals of Sputnik V, AstraZeneca and Sinopharm, the City could obtain between 300,000 and 350,000 monthly doses, that will allow to achieve important progress in the coming months, even among the youngest population. In the calculation, the administration of the reinforcements must be taken into account among those who are complying with the stipulated time of 12 weeks between the first and the second application.

You have to enter buenosaires.gob.ar/vacunacovid and complete the personal data form. Then an email, a WhatsApp message and a registration confirmation SMS will arrive.

The next step is to wait for another email or message with the link that leads to the choice of shift and place of vaccination.

Vaccination in the City. Starting this Friday, they enroll over 55s without risk factors. And a vaccination center began to operate to go with vehicles in Costa Salguero. Photo: Maxi Failla

Although at first it was thought to summon from the 50 years, finally the Buenos Aires government made the determination to register from the age of 55. According to official data, the fatality rate in the 1950s is 1.29%.

According to the data of the Department of Statistics and Censuses, 156,995 neighbors of the City are between 55 and 59 years old. However, many of them have already received the immunizer because they are within the groups with risk factors or pre-existing diseases, thus about 140,000 remain to be vaccinated.

As for the group between 50 and 54, which could start registering between Tuesday or Wednesday of next week, those that still need to be vaccinated are around 150,000, according to the data that are handled at the official level.

These are the closest stages to be covered depending on the vaccines that the national government will distribute.

The City of Buenos Aires this week enabled a vaccination that can be attended without getting off the vehicle in Costa Salguero. It is designed for people with reduced mobility. Photo: Maxi Failla

Now, the Capital is using the 129,600 doses of AtraZeneca that arrived in Ezeiza on Monday. In addition, I had already started applying other 106,500 AstraZeneca dosage and 61,950 Sputnik V awarded last week.

On Thursday night, 818,000 doses of Sputnik V arrived in Ezeiza. The City receives about 57,000 vaccines. In addition, if the announcement of the Minister of Health, Carla Vizzotti, is fulfilled, this week there will be another shipment of 100,000 doses of the first component and 400,000 of the second. The Capital would receive 7,000 and 28,000, respectively. The head of Health also said that on Monday they expect another 800,000 AstraZeneca doses, of which Argentina produced the active principle. The City, always taking into account that it usually corresponds to 7%, would obtain another 56,000 vaccines.

How is the Buenos Aires population made up? According to data from the Department of Statistics and Censuses, there are 1,619,129 people between the ages of 20 and 59. These numbers are prepared based on project data, since the last national census was carried out in 2010.

Those who are in the majority are between 35 and 39 years old: 229,265 people. However, in all bands, those who have already been immunized should be subtracted for having previous risk factors. As they are still being vaccinated, the final estimate will be obtained during the next week, when the six stages of the priority population are completed.

On Wednesday the City administered 16,307 vaccinations. According to official information, between the health personnel (stage 1 of the vaccination plan) 195,077 people received the first dose of Sputnik-V, Covishield or Sinopharm, while of them 146,437 have the full two-dose schedule.

In the stage 2, whose target population is about 400,000 adults older than 70 years, 347,242 have already received the first dose of the Covishield vaccine from Oxford-AstraZeneca, Sputnik-V or Sinopharm. Of them, 103,928 have the second dose. They are distributed in 138,836 adults over 80 years of age; 193,376 between 70 and 79 years. In addition, 15,030 nursing home residents were vaccinated. According to official sources, they are 99% of those who signed up, although the registers are still open.

Something similar happens with those who signed up to be vaccinated and are part of stage 3 (over 60). 192,694 have already received the first dose and 3,549 completed immunization with the second component.

Until Wednesday’s data, progress had also been made in vaccinating the strategic staff, included in the stage 4 of the plan. Thus, they had already received at least one dose about 39,000 teachers and non-teachers, police officers, traffic agents and collaborators of dining rooms and picnic areas that depend on the Ministry of Human Development and Habitat.

In this group, made up of some 130,000 people, the shift rate is advancing at the rate of more than 6,000 per day. For this reason, the City estimates that some 25,000 security forces could be immunized by Sunday or Monday. And for the next week I will will finish vaccinating teachers, among whom 15,501 already have both doses.