In the City, adherence to vaccination remains high among the youngest: how much is missing for those under 18 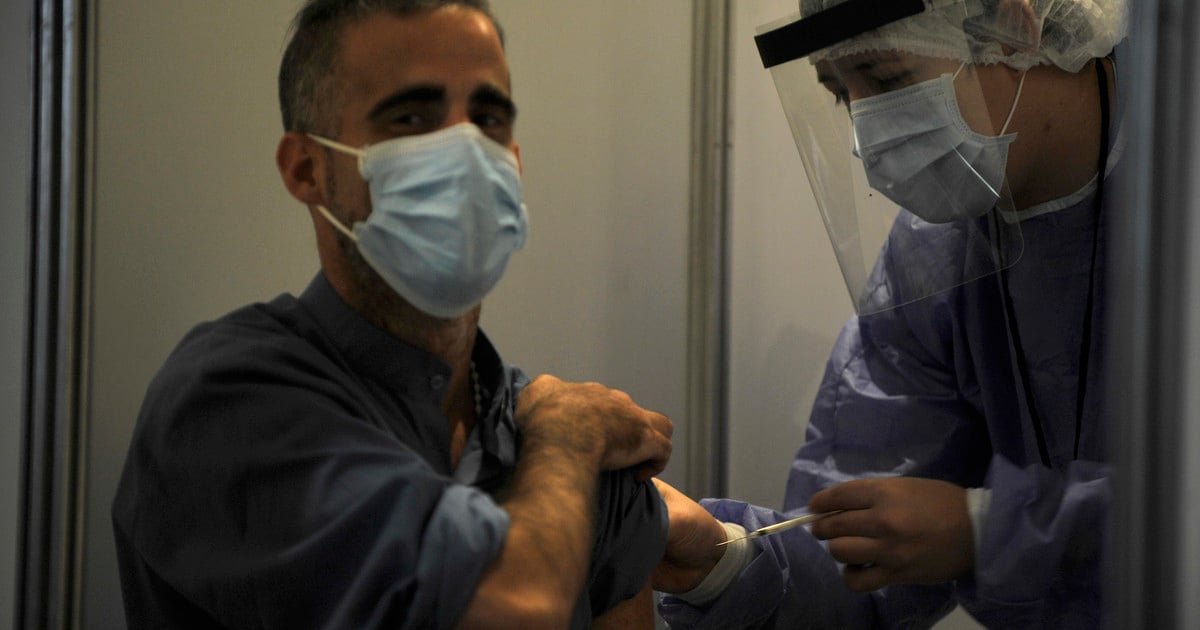 During these hours, the jurisdictions are advancing in the vaccination of the first doses of the young population. In the province of Buenos Aires there are 69 municipalities with free vaccination for those over 18 years of age (at least ten more were added this Monday and it was announced that they will be able to enroll minors with risk factors) and there are municipalities in the first cordon of the suburbs that have been vaccinating young people for several weeks. Something similar happens in the City, where the over 25 years and this week it is expected that the registration for the neighbors will be enabled of +18. And unlike what happens in Europe or the United States, here adhesion remains high.

On the other hand, Moderna’s donation of vaccines – 3.5 million that arrived during the weekend – could allow vaccination to be scaled up towards those under 18. And the priority would be for those who have previous illnesses.

It happens that Moderna hopes that, in the coming days, the FDA (like ANMAT, is the body that certifies food and drugs in the United States) will authorize its application in minors, which would impact Argentine children and adolescents, since the Minister of Health, Carla Vizzotti, expressed the intention of vaccinating those who have between 12 and 18 years and, in principle, prevalent diseases.

Pfizer – with the same technology as Moderna, messenger RNA – is already used in the United States among those over 12 years of age, with and without morbidities. And also in Canada, in Mexico and in neighboring countries, Brazil and Chile, among others. It is also authorized in Europe and is being applied by Germany, France, Italy and Finland, among others. In Japan and Indonesia it is being applied; in Australia it was enabled for +16.

Adherence to vaccination remains high among the youngest in the City. Photo: Lucia Merle

Voluntary throughout the world, vaccination goes through -in some countries- resistance among anti-vaccine groups and also in young people, who are less affected by the coronavirus in terms of deaths and serious illnesses. This weekend there were massive protests in France against the health passport and in the United Kingdom, the end of the restrictions was celebrated with parties in 12,000 clubs and a countdown similar to that of the New Year.

And in the City of Buenos Aires, which scenario is displayed? In dialogue with Clarion, the person in charge of vaccination and testing -Gabriel Battistella, Undersecretary of Primary, Ambulatory and Community Care- analyzed how The progress of vaccination among the youngest is very positive. “When we opened the registration for those over 25, in the first hours, 30 thousand people had registered. By the early hours of the afternoon, there were 70 thousand. The call was tremendous, impeccable “, he sentenced.

Until Monday at noon, the number of registered young people climbed to 101,241.

According to project data from the City’s Department of Statistics and Censuses, there are 209,000 male and female neighbors who are between 25 and 29 years old. “In addition to those who registered in these first three days, there is an important strip that was vaccinated during other stages. Population with comorbidities, health personnel, security forces, traffic agents, teachers and non-teachers. In the last month and a half we made a lot of progress with the vaccination of the young population, we are very satisfied with the accession “.

Battistella understands that the Buenos Aires strategy, on the other hand, facilitates adhesion: “It is a clear call, which allows us to focus. We believe that there is no general anxiety. And this helps, all of us, to organize ourselves, also to the young people who take account of when it is their turn. We are now completing schemes among young adults with Sinopharm and opening schematics with AstraZeneca“.

Regarding minors, the pediatric infectologist Analía De Cristófano reported that it is estimated that there are around 100,000 children and adolescents with prevalent diseases. “As a general strategy I consider It is important that vaccination is advanced to the entire young population. But especially towards this population with prevalent diseases: boys and girls who are cancer patients, who have congenital immunosuppressions, obesity or serious respiratory disorders, among others. The death rate is minimal, but the vast majority of them have underlying diseases, “lamented De Cristofano, Head of Pediatric Infectious Diseases at the Italian Hospital and member of the Infection Control Committee of that institution.

It is estimated that there are between 20 thousand and 30 thousand minors with illnesses. Based on Moderna’s donation -3.5 million doses- it is expected that the inoculation of this group will not result in greater complexity and, on the other hand, the amount could also guarantee the application of the second dose. How it happens with AstraZeneca and Sinopharm (and most of the vaccines that have been developed and used in the world), the first and second doses of the vaccines of Moderna are made with the same component.

A look at children and adolescents with prevalence

Consulted by Clarion, María Fernanda Rivas – licensed in psychology, psychoanalyst specializing in children and adolescents – explained that the arrival of the vaccine for this group is fundamental, because the pandemic restricted their lives in a different way than the rest of society: “The whole family , in these cases, is restricted and must take extreme care. And although family support is essential in these cases, the lack of stimulation provided by extra-family social life (such as school attendance, exchange with peers and extra-school activities) can cause havoc. The response of the family is usually overprotection towards these children and adolescents; which adds an organic risk factor, the feeling of “not being able”, of handicap, resentment, anger and decrease in self-esteem “, warns Rivas.

And the restrictions create more dependency. “Boys and girls show regressions to states of greater dependence on parents and, in cases of maturational delays, a reversal of autonomy (speech, standing and ambulation, toilet training, learning, the ability to play alone, etc.). They can become more demanding and when the family is not in a position to satisfy these demands, a climate of tension and impotence is installed that can generate a vicious circle, “explained Rivas, a member of the Argentine Psychoanalytic Association.

Among adolescents with risk factors, other difficulties are added: “They have a feeling stuck, fear of not being able to move forward in their need to detach from the family, because adolescents “take refuge” from their family abroad “.