In the age of Instagram, what is left for celebrity magazines?! 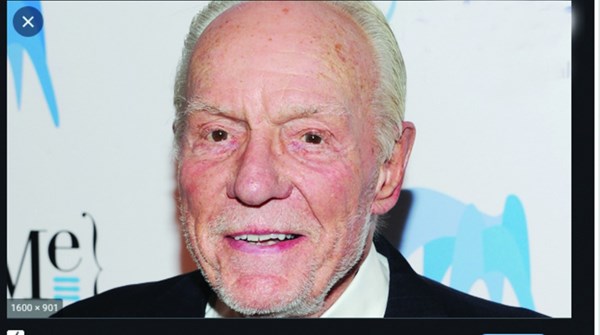 Due to social media, the circulation of magazines that focus on celebrities and their stories and photos that usually cover their covers has declined significantly. This type of magazine has incurred heavy losses in Britain, but it is strange that the situation is different in the United States, especially for the famous “People” magazine.
Dan Wakford, the magazine’s editor-in-chief, said in an interview with the Press Gazette: In 2000, the magazine’s total subscriptions were 2.1 million… By the end of last year, the number had increased to 2.7 million subscribers. Although total distribution declined over the same period from 3.55 million copies to 3.46 million copies, the sales figures were staggering.
Therefore, many are wondering who pays the cost of buying this celebrity magazine that focuses on gossip, stories and rumors about the stars, in the era of Instagram and its sisters within the family of “Social Media” and websites that provide the same services in a faster and stronger way.

“Everyone,” Dan Wakeford replied confidently during his video interview with the Press Gazette. He added, “We have a large audience, especially women in the United States. Demographically, we are achieving great success.”
He explained that the magazine provides a variety of services, not just a print version, as it has a website, a platform for broadcasting audio clips, a digital channel, and “People” TV, all of which are media that reach millions of people across the United States and abroad.
According to statistics, the audience of People – readers of print and digital platforms, reaches about 88 million people per month, and they are already mostly women.
Wakeford says: They are, by the nature of their life circumstances, busy women with many things that occupy their time.. Many of them are mothers. They look to escape reality by following the seemingly wonderful lives of stars and celebrities, with high fashion, precious jewellery, luxurious homes and stunning vacations presented in a polished, dazzling image.
The magazine has been published since 1972, and was founded by journalist Richard Stoley – who recently died at the age of 92 – with the specific mission of writing “the stories of ordinary people doing extraordinary things, and stories of extraordinary people doing ordinary things.”
The New York Times had written in its eulogy for the late journalist that he succeeded in “People” magazine in changing the course of journalism and publishing in the United States, by focusing on the personal and human side of the coverage.
Wakeford was appointed deputy editor-in-chief in 2015. A year after Time Inc sold the magazine to Meredith, Wakeford took over as editor-in-chief instead of Jess Kegel.
At the time, The New York Post wrote that with Kegel’s departure, the era of celebrity magazine editors ended, noting that Wakeford was not a press star, and quoted one of his friends as saying of him, “He’s the type to take the subway to a restaurant… He’s not that guy who’s walking around.” country and send you a limousine at your disposal?”
Still, Wakeford has been a hit. He says that although the joy of working in star journalism has been dulled by working from home for more than 18 months after the pandemic, he still finds a lot of fun working with the magazine’s 200-person team.
He adds that celebrity journalism should offer readers what they can’t find on the Internet, especially credibility.
He says that many of the celebrity magazines in the market have not yet adapted to the harsh conditions of the publishing sector in the digital age. He continues: “You must invest in journalism and the magazine as a profession and craft, and present to the public what they cannot find on the Internet.”
The distribution of this type of magazines sold in supermarkets has clearly fallen in recent years. A magazine like the National Enquirer decreased its circulation from 2.1 million copies in 2000 to 150,000 copies last year.