In Russia, they again thought about lowering the non-punitive speeding threshold 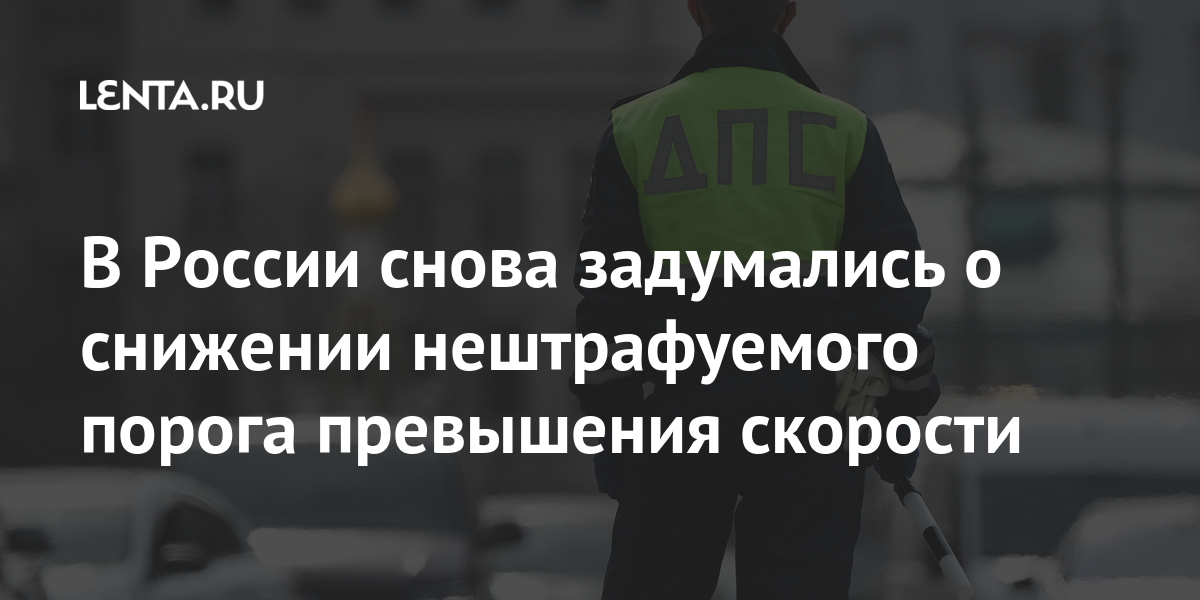 In Russia, they again thought about lowering the non-penalty threshold for speeding from 20 to 10 kilometers per hour. The corresponding initiative belongs to the Moscow government, reports on Tuesday, May 4, “Kommersant”.

It is clarified that during a meeting of the government commission on road safety, Deputy Prime Minister Marat Khusnullin instructed the Ministry of Internal Affairs and the Ministry of Transport to provide the government with an “agreed position” on the issue of lowering the threshold by August 1. The Moscow Department of Transport emphasizes that the new tax will have a positive effect on road safety and increase the discipline of drivers.

The department drew attention to the data of the World Health Organization (WHO), according to which the possibility of death when driving at a speed of 50 kilometers per hour is 20 percent. “If we take the streets where it is allowed to drive 80 kilometers per hour, and with a non-fine threshold – all 100, the pedestrian has no chance of surviving at all,” the Department of Transport explained. At the same time, they paid attention to the experience of foreign countries. So, in the American Chicago, the unmanaged threshold was lowered to 6 miles per hour (9.65 kilometers per hour) on streets within a radius of 3 kilometers from parks and schools.

For the corresponding fine to begin to operate in Russia, it is necessary to amend the Administrative Code. Moreover, such an initiative has been discussed since 2014. In 2019, then-Prime Minister Dmitry Medvedev considered that innocent drivers could suffer from a new fine, after which the topic was not raised, but the Moscow government attempted to discuss the issue.

So, in February 2020, Deputy Mayor for Transport Maxim Liksutov once again spoke in favor of lowering the non-fine speeding threshold. According to him, this measure is a compulsory one, and many share this position. Liksutov also expressed hope that he will be supported by legislators and experts.

After more than six months: Spain is celebrating the end of the emergency