In Russia, for the first time, the only housing was confiscated from a bankrupt citizen 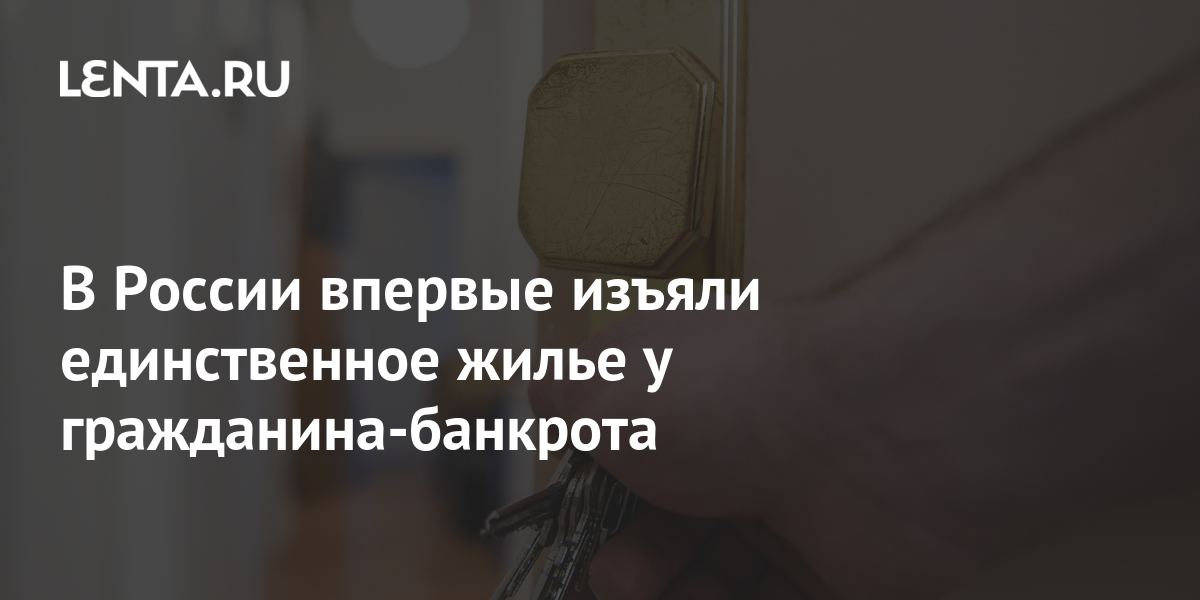 In Russia, for the first time, the only housing was seized from a bankrupt citizen. This was reported by Kommersant.

The property was taken from a man from Yekaterinburg, Arkady Potorochin, who owed creditors 21.4 million rubles. A five-room apartment with an area of ​​almost 150 square meters was sold at auction for 8.25 million rubles.

In 2018, when Potorochin was declared bankrupt, the court removed his apartment from the bankruptcy estate, since it was his only home. Nevertheless, in 2019, the dispute between the debtor and the creditors was sent for new consideration, the creditors proposed replacing the bankrupt’s five-room apartment with a one-room 32 square meters. The court considered that the property was “reasonably sufficient to satisfy constitutionally significant housing needs for one person,” since the debtor was single and had no dependents. Attempts by a resident of Yekaterinburg to challenge the court’s decision were unsuccessful, and in June 2021 the apartment was sold at auction.

Experts note that the decision made by the court is an attempt to bypass a gap in legislation that does not allow the seizure of expensive real estate from debtors if it is their only home. It is emphasized that this case may become a precedent for similar cases, since in the Russian judicial practice there is a request for the recovery of elite housing from bankrupts.

Earlier, analysts of the FreshStart service predicted that in 2021 the number of bankrupt citizens will reach 178.5 thousand people. According to Izvestia, Russia will be covered by a wave of bankruptcies. This year’s indicators may be 1.5 times higher than last year’s. “Every year, the number of Russians who have received bankruptcy status through the courts is steadily increasing by at least 50 percent of the previous year’s level,” analysts say. Youtubers Life 2 dates its launch on PC and consoles with Rubius, Willyrex or PewDiePie in the game

Announcement Trailer for Oberhasli, an Ever-Evolving Musical and Playable World for Core (PC)