In Russia, assessed the damage to the economy due to Western sanctions 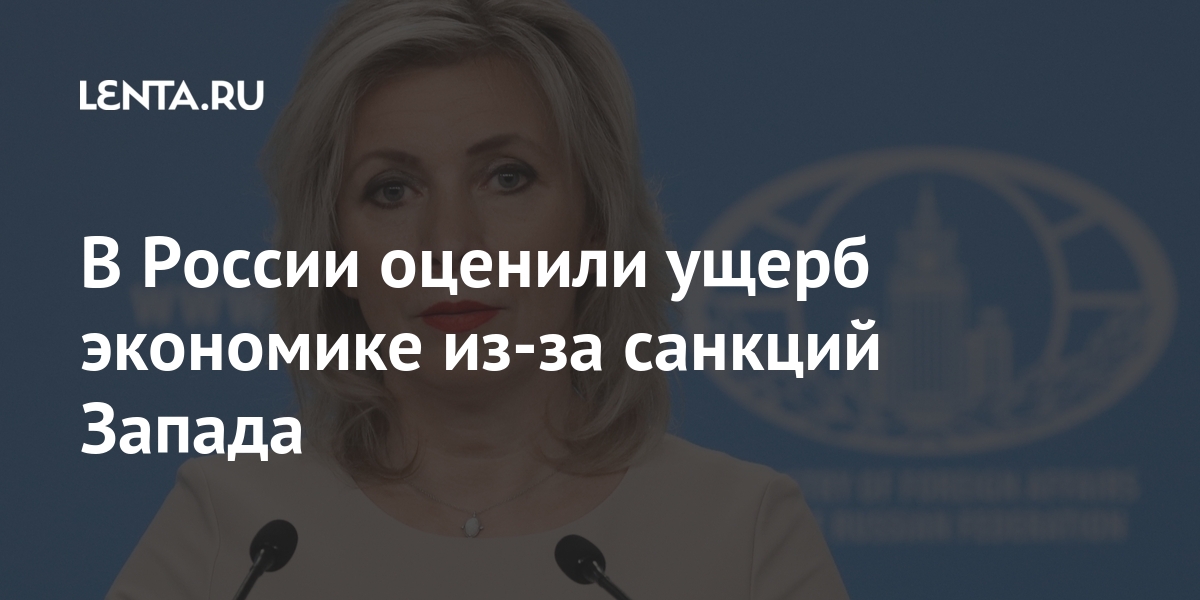 Russian Foreign Ministry spokeswoman Maria Zakharova assessed the impact of Western sanctions on the country’s economy. According to her, the data on the damage varies. The diplomat spoke about this in an interview with RT on Tuesday, May 4.

“The escalation of mutual sanctions pressure has a complex negative impact on both the Russian and Western economies. Estimates of mutual damage vary and are subjective, but amount to hundreds of billions of dollars. In these conditions, we continue to respond to restrictions in a verified and adequate manner, guided by the interests of the development of the national economy and domestic economic operators, ”explained the representative of the Russian Foreign Ministry.

Zakharova recalled the economic response from the Kremlin, stressing that currently there are still restrictions on the import of certain types of food products from countries that have announced the introduction of anti-Russian sanctions. Also, the Foreign Ministry spokesman said about “strengthening the national financial system.”

“In many ways, we managed to adapt to external challenges, turn the situation in our favor, launch import substitution programs and develop promising and competitive sectors of the domestic economy,” concluded Zakharova.

Earlier, the Financial Times, citing experts, reported that the Russian economy, against which the sanctions imposed by Western countries have been in effect for several years, is currently in a more stable state than ever. Experts concluded that over the past years, the country’s economy has managed to adapt: ​​Russia has cut government spending and spent trillions of rubles on import substitution programs, stimulating domestic production.

Never seen: the incredible goal that Banfield missed against River for the Reserve tournament

Lukashenko threatened the EU with problems due to sanctions against Belarus