In Poland, they explained their hatred of everything Russian 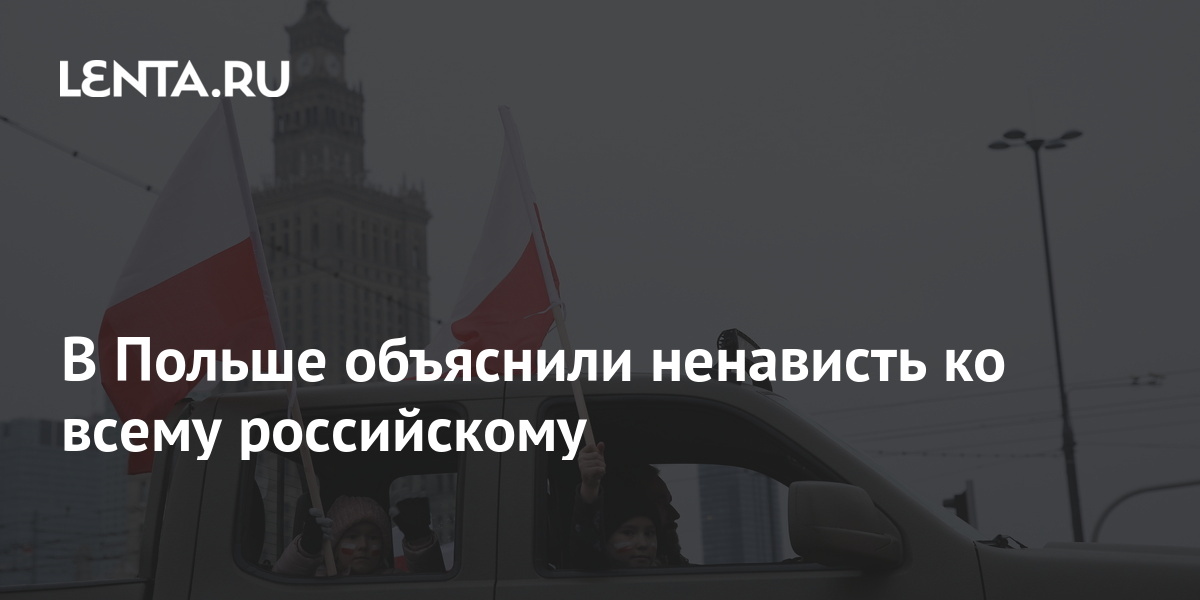 Member of the National Development Council under the President of Poland, professor at Warsaw University Witold Modzelewski explained the reasons for the hatred of everything Russian and Soviet among some Polish politicians. He wrote about this in the publication Myśl Polska.

According to him, Russophobia “stems from the belief that the all-powerful patron, the only defender of the free world and something else there – the United States – has always held and will continue to occupy an anti-Russian position, and for his determination in verbal attacks on the“ evil empire ”he can even praise. ” The expert suggested that in the event of rapprochement between Washington and Moscow, Polish Russophobia will suddenly disappear, “since the previous position will cease to be beneficial.”

Earlier, Russian Foreign Minister Sergei Lavrov said that Poland is “leading in the anti-Russian race” in the demolition of monuments. Lavrov also believes that Russophobia is being deliberately, consistently, massively implanted in the country as a national idea.

In July 2017, Polish President Andrzej Duda signed a new version of the decommunization law, which calls for the dismantling of Soviet monuments throughout the country, including busts and plaques. The ban, which came into force in the fall of 2017, did not affect cemeteries and burial sites. In addition, it is envisaged to remove communist elements from the names of schools, other social institutions, buildings, structures and public domain objects, streets, bridges and squares.