IN PICS: This is spring on Spain’s Costa del Sol where hailstorm turned a beach white – Olive Press News Spain 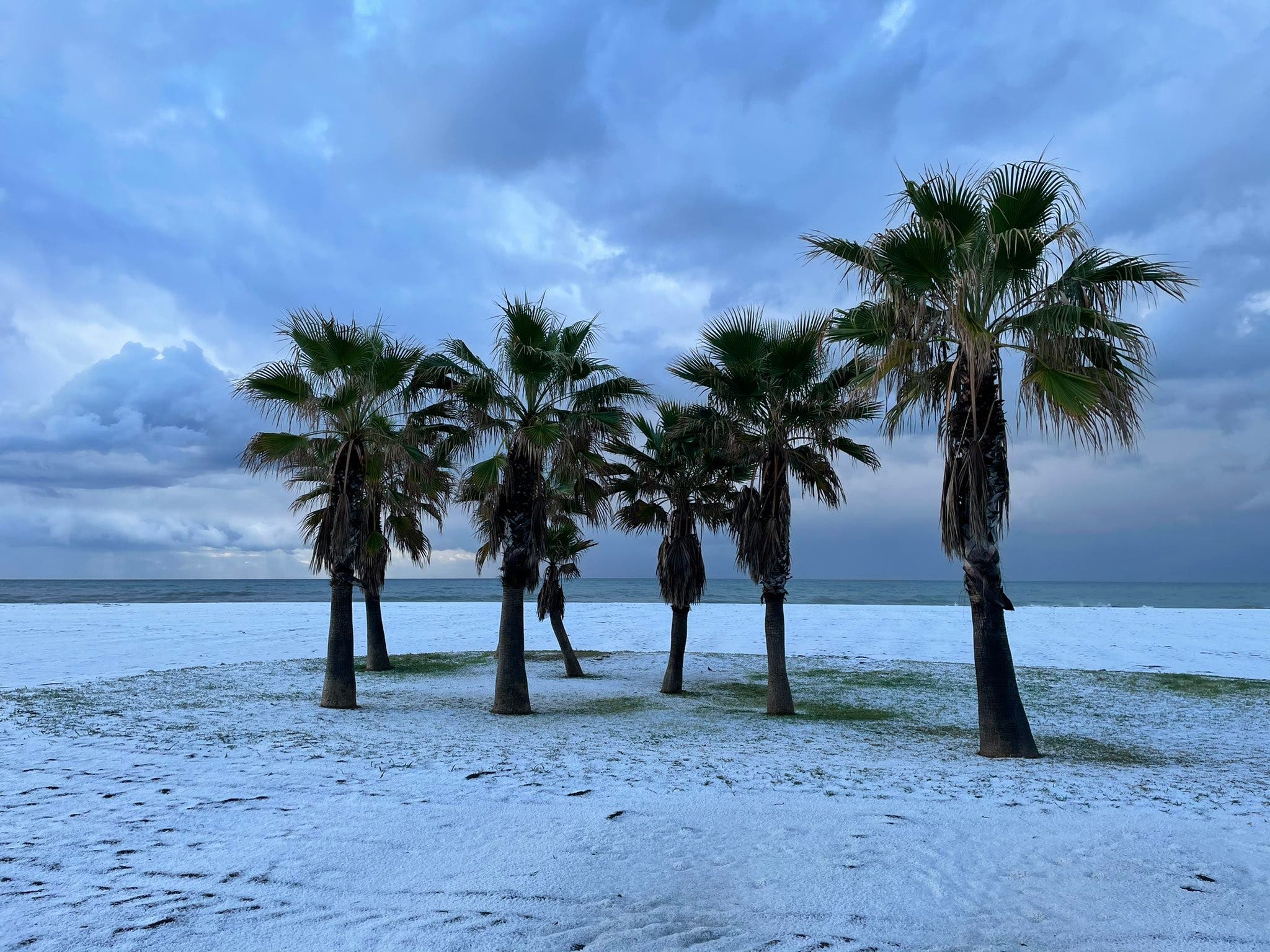 A RARE hailstorm hit the beach resort of Benajarafe on Spain’s Costa del Sol early on Saturday morning on the first official day of spring.

Residents were amazed to wake up to a powerful hailstorm which lasted approximately half an hour and turned the beach white.

The weather phenonmenon occured as temperatures plummeted by approximately 10ºC overnight as a blast of polar air swept across the Iberian peninsula.

The hailstorm deposited a slushy carpet of ice across the sand and maritime promenade that runs alongside the beach and just as the sun came up, a double rainbow appeared.

Here are some of the stunning shots posted by residents in Benajarafe.

Saturday March 20 marks the equinox and the first official day of spring, although nobody seemed to tell that to the weather!