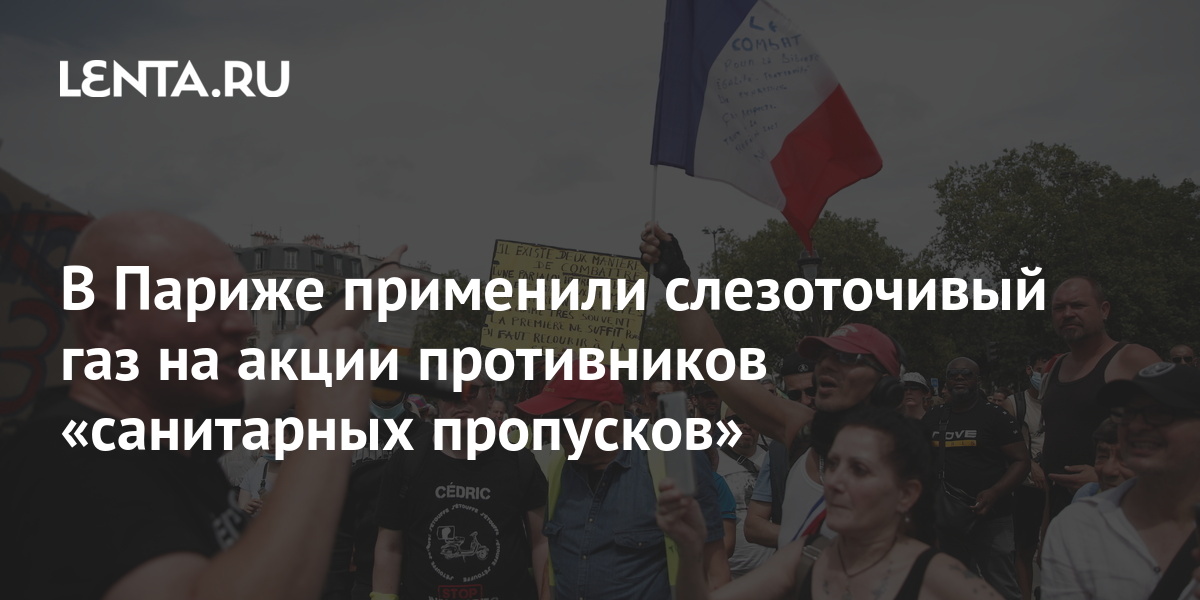 Police officers used tear gas against protesters who came to protest against the introduction of “sanitary passes” in Paris. It is reported by TASS…

According to reports, during the demonstration, a group of people started throwing bottles and stones at the police. At the same time, they responded with tear gas.

It is alleged that aggressive protesters attacked one of the law enforcement officers, knocking over the policeman’s motorcycle and forcing him to run away.

On July 24, three actions against the introduction of “sanitary passes” are being held in parallel in the French capital. In particular, groups of protesters were seen in the Trocadero and the Place de la Bastille. The third group headed towards the Esplanade of the Disabled to join the protesters against the compulsory COVID-19 vaccination of health workers.

Earlier it was reported that “sanitary passes” were introduced in France to enter museums and cinemas. Such a pass confirms that the owner has been vaccinated, has a negative coronavirus test result, or has recently had an illness.

On July 19, French government spokesman Gabriel Attal announced the country’s entry into the fourth wave of coronavirus. He pointed out that the Fifth Republic faced “higher rates of infection than in previous stages.”