In Moscow, fireworks in honor of Victory Day will be launched from 16 points 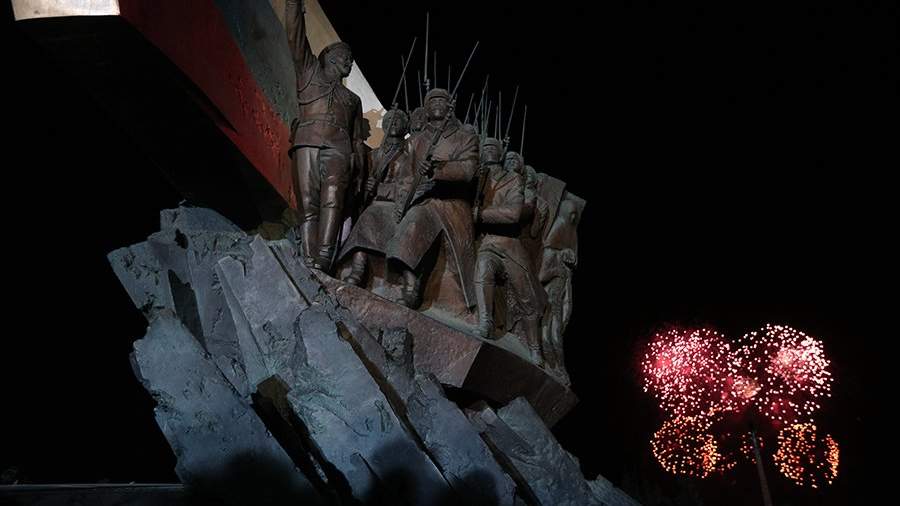 In Moscow, fireworks in honor of the 76th anniversary of Victory in the Great Patriotic War will be launched from 16 points. This was announced on Tuesday, May 4, in press service Western Military District.

It is expected that from 72 fireworks installations and a special launch complex for the production of fireworks “Tricolor” will release over 12 thousand fireworks into the sky.

At the same time, the sound accompaniment of the fireworks will be provided by the battalion’s battery with 30 volleys of ZIS-3 cannons from the Second World War. The fireworks will start at 22:00 and will last ten minutes.

On the eve of the first deputy head of the mayor’s office Alexei Nemeryuk said that there will be no major celebrations on the occasion of Victory Day in Moscow this year.

In addition, for the second year in a row, the Immortal Regiment campaign will be held online due to the restrictions in force in the capital due to the spread of the coronavirus.

On April 30, a multimedia appeared on the website of the Ministry of Defense section with information about the parades to commemorate the 76th anniversary of the Great Victory. Users can find out the number of participants in parades in Russian cities, ground and aviation equipment involved, as well as the place and time of festive salutes and fireworks.

It was clarified that salutes and fireworks on Victory Day will also be seen by residents of Kaliningrad, Novosibirsk, Sevastopol, Murmansk, Vladivostok, Khabarovsk, Yekaterinburg, Volgograd and 12 other cities.

SpaceX space capsule: astronauts arrived on board the ISS

Buzova revealed the details of her hospitalization